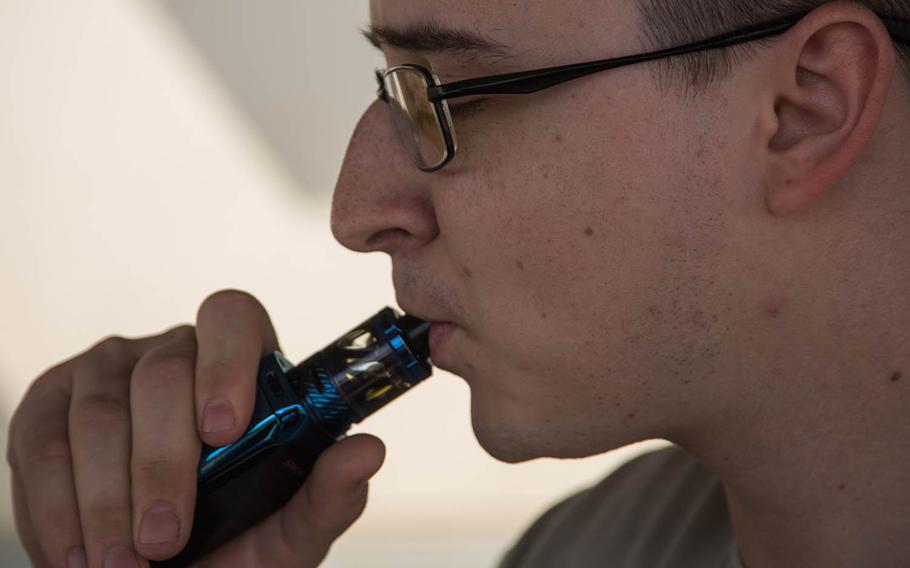 The Navy Exchange is banning concessionaires from selling electronic cigarettes and vape products at its locations starting Oct. 1, an official said Tuesday.

“The NEX does not sell any vaping products, but some NEX locations have concession vendors who do sell these products,” Navy Exchange Service Command public affairs officer Courtney Williams said in an email.

“Therefore, due to recent federal proposals, beginning on 1 OCT, the NEX will prohibit all concessionaires or vendors from selling e-cigarettes or vaping products in all NEX locations,” she said.

Williams said the Navy made the decision Sept. 12, the same day the Army Public Health Center warned servicemembers to avoid vape products after the Centers for Disease Control and Prevention said vaping may be linked to hundreds of cases of severe lung disease and at least six deaths in dozens of states.

The Marine Corps Exchange, however, hasn’t decided whether to take e-cigarettes and vape products off its shelves, a Marine Corps official said in an email Wednesday.

“No decisions have been made at this time,” said Bryan Driver, of the Plans, Policy and Analysis Directorate, Business and Support Services, Headquarters Marine Corps.

Last week, retail giant Walmart announced it would stop selling the products amid concerns about links to severe lung disease.