'Lightning Strike' swoops down on insurgents 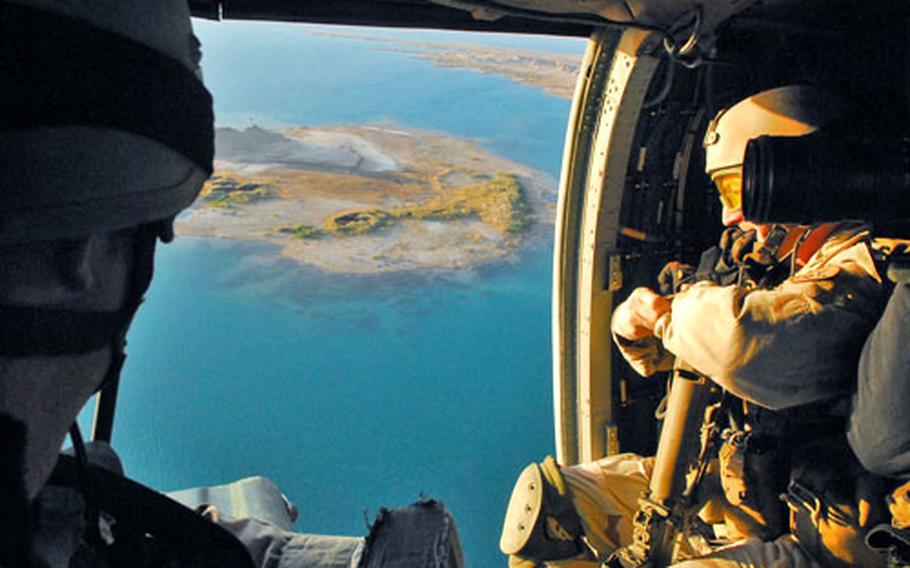 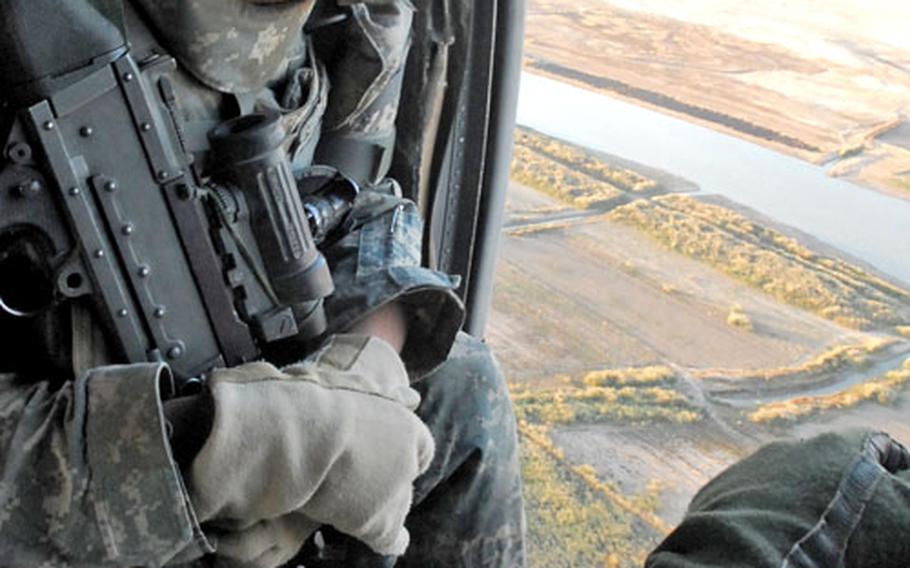 TIKRIT, Iraq &#8212; When it comes to getting the drop on insurgents in northern Iraq, there&#8217;s no better place to swoop in on fleeing gunmen or roadside bomb planters than from hundreds of feet overhead.

Their main purpose is to interdict roadside bomb planters and track and capture suspicious vehicles or gunmen.

Commanders and ground troops have long complained that efforts to capture insurgents on the ground are often stymied by the noise and visibility of their vehicles. Helicopter pilots have also complained that they have observed suspicious activities from the air, but have been unable to summon ground troops quickly enough to investigate.

The Lightning Strike missions are aimed at solving both those problems.

The 25th Infantry Division&#8217;s Combat Aviation Brigade staged its first such mission in Iraq this week when it launched a team of Kiowa and Black Hawk helicopters containing a number of foot soldiers, ordnance technicians and a bomb disposal robot.

The missions differ from traditional air assaults or raids in that they are not flying to a specific target. Instead, the aircraft go out in search of suspicious activity in an area that hasn&#8217;t seen a heavy coalition presence.

At the same time, the team is essentially on call to respond to situations observed by other units in other areas. Commanders give the example of tracking down and stopping a vehicle that was seen fleeing a bombing or an attack.

The mission was part of a larger, ongoing operation in northern Iraq dubbed Snake Hunter. The operation involves the creative use of military aircraft in the fight against roadside bombs, and is aimed at intercepting insurgents before they fully arm and conceal the explosives.

On Saturday, Tate took the controls of a Black Hawk to oversee the unit&#8217;s first Lightning Strike mission, which roamed above the bright blue waters and fishing villages of Lake Tharthar and into the deserts southwest of Tikrit.

As dusk turned to darkness, the team stumbled upon what appeared to be a fuel smuggling operation. A long line of roughly two-dozen vehicles carrying 50-gallon drums and tanker trucks were driving down a dirt road when the sound of the helicopters appeared to strike panic in the drivers. Some vehicles halted, others shut off their headlamps, while other vehicles peeled off the road in opposite directions.

While it was a curious sight, Tate said it wasn&#8217;t the type of activity they were hunting for that day, so the helicopters did not land.

Tate said that was the nature of such missions &#8212; sometimes, when you&#8217;re prepared to take action, nothing happens.