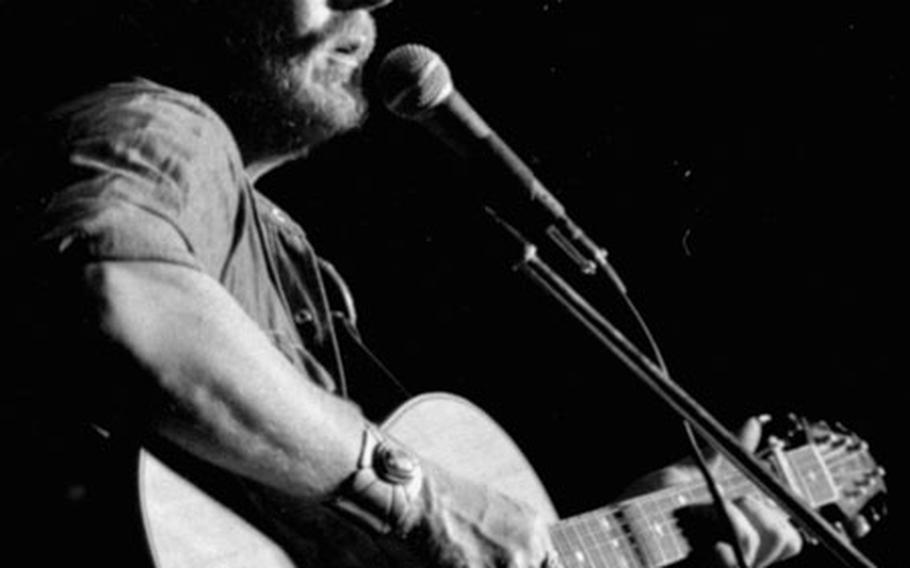 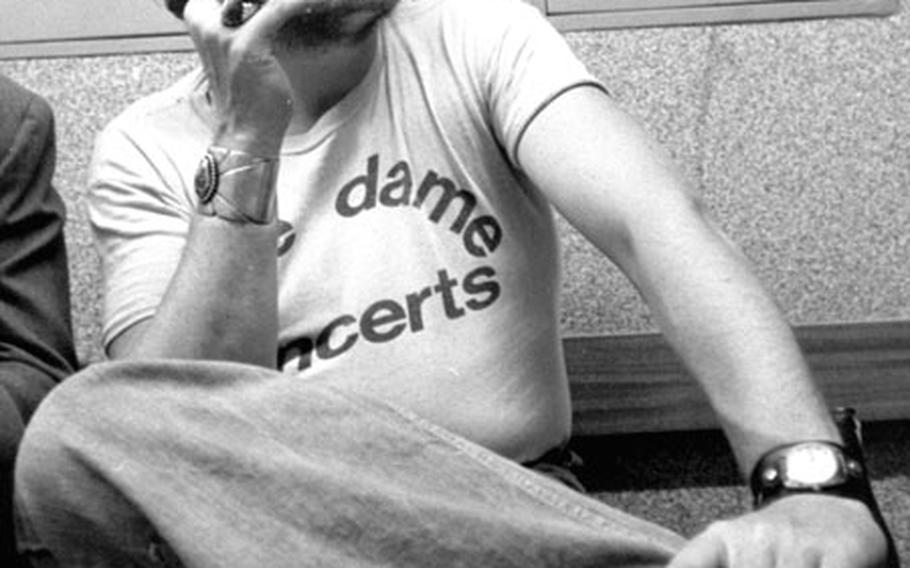 Playing on borrowed instruments, a tired Gordon Lightfoot and band put out an hour and a half of well-received music Thursday night in Offenbach. The first day of a three-day schedule which included Munich and Montreux, Switzerland, was marred by some airline problems.

"I was thinking seriously about cancelling this gig tonight," said Lightfoot after the show. "Flying out of New York we had the engine fall off two different planes." The third flight made it, but without their baggage.

"It was a very large problem," said Lightfoot. "Normally I play a 12-string. Pee Wee Charles spent about two hours putting that (pedal) steel (guitar) together. Other than that we were just kinda out to lunch &mdash; we've been up for 36 hours."