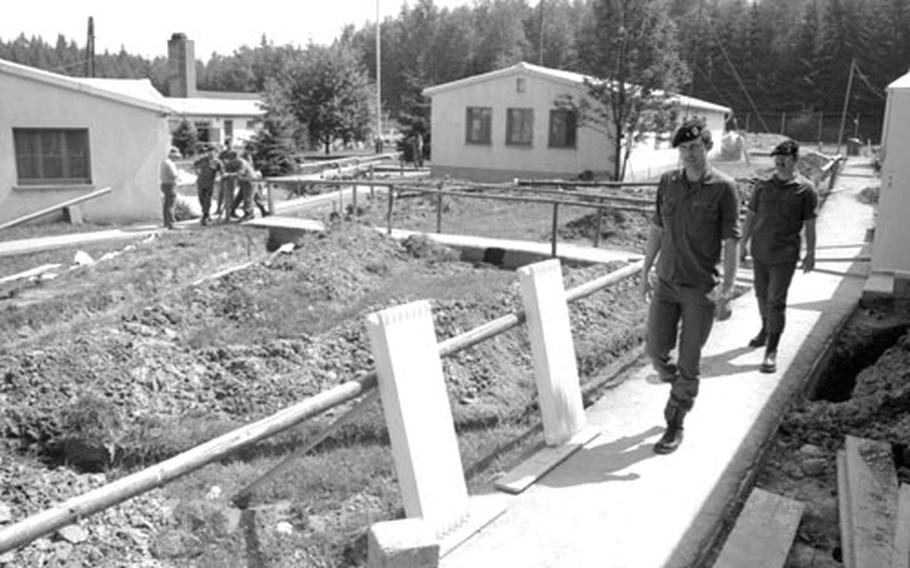 Buy Photo
Soldiers at Camp Gates, along the border with Czechoslovakia, had to work around a renovation project in 1974. (Regis Bossu/Stars and Stripes)

Buy Photo
Soldiers at Camp Gates, along the border with Czechoslovakia, had to work around a renovation project in 1974. (Regis Bossu/Stars and Stripes) Buy Photo
Off to a training exercise at Camp Gates. (Regis Bossu/Stars and Stripes) 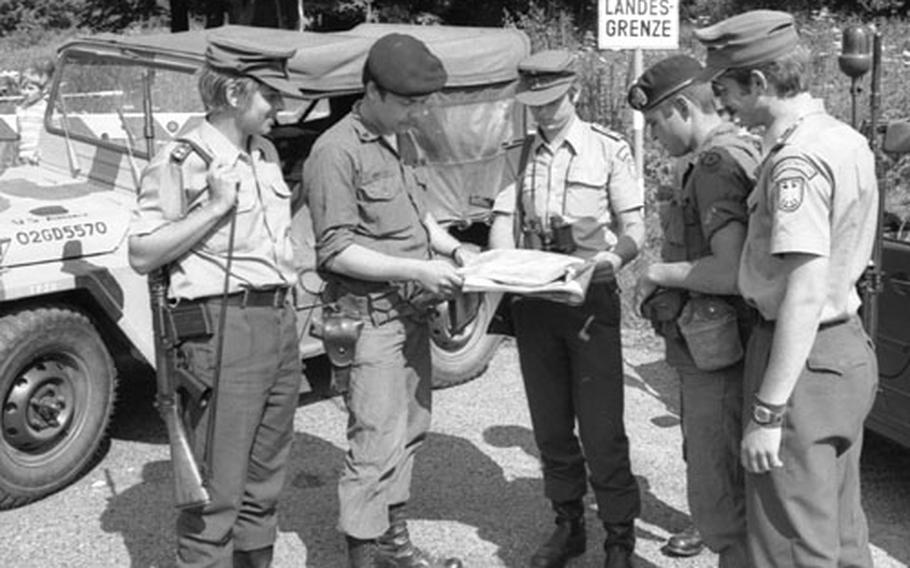 Buy Photo
West German and U.S. troops at Camp Gates. In the background is a sign warning of the (national border) with Czechoslovakia. (Regis Bossu/Stars and Stripes) 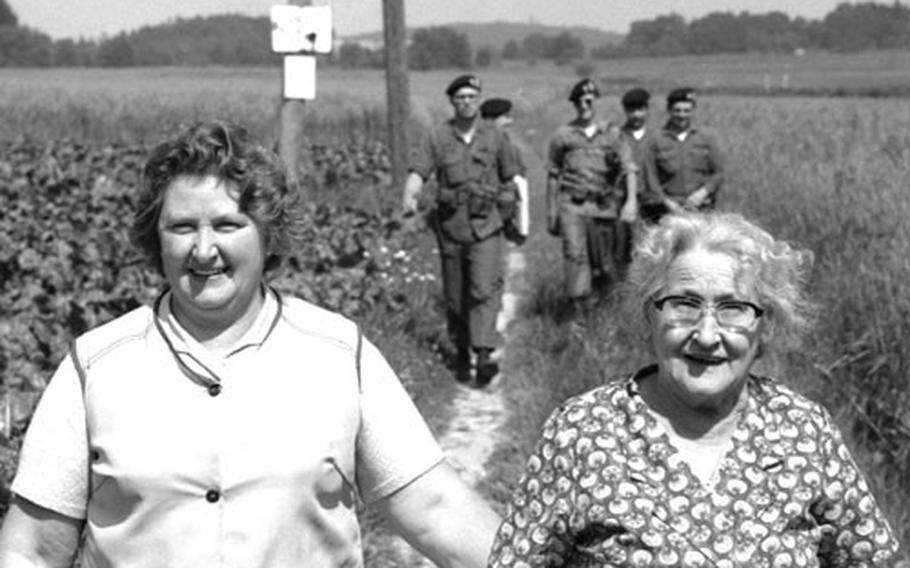 Buy Photo
Soldiers on a routine patrol at the border between West Germany and Czechoslovakia share the path with a pair of local residents out for a stroll. (Regis Bossu/Stars and Stripes)

According to a regimental spokesman, work began on Oct. 9, 1973, and is slated to be complete by April 1975. Work is presently under way at Camp Gates here, where troopers of the regiment's 1st Sq are on duty patrolling nearly 50 miles of the Czechoslovakian border in the regiment's sector.

Spec. 4 Jerry L. Farler, assigned to the squadron's A Troop, said that when the renovation of Camp Gates is complete, life at the border camps will be much better.

"At times we didn't have hot water when we wanted to take showers. And, to get to the showers we had to walk through mud or snow to the central shower point. All of that is going to change," he added.

According to Sgt. 1.C. John A. Dirocco, regimental operations NCO, the first border camp to be completed under the MOUSF program was Camp May, in the extreme southern sector of the regiment. Work on Camp Pittman is slated to get under way later this year, followed by renovation efforts at Coburg, Camp Roetz and Hof.

As German workers renovate the barracks at Camp Gates, installing showers in them, and renovate the camp's dining facility, troopers of the regiment daily depart the border camp in jeeps to patrol the Czech border. Others man 24-hour observation posts. At night, radar teams are sent out to monitor movement on the other side of the border.

"Germans living along the border are friendly. And they know they will see us every day," several troopers said.

First Lt. Tony A. Isaacs, commander of the camp during The Stars and Stripes visit, said that, when the cavalrymen are not patrolling the border, they are training at the camp.

"We conduct training in map reading and on general Army subjects as well as tank gunnery," Isaacs said. He also noted that equipment is maintained at a high state of readiness and that mechanics also are assigned to work at the border camps.