Liaison will bridge gap between communities on issues involving pets 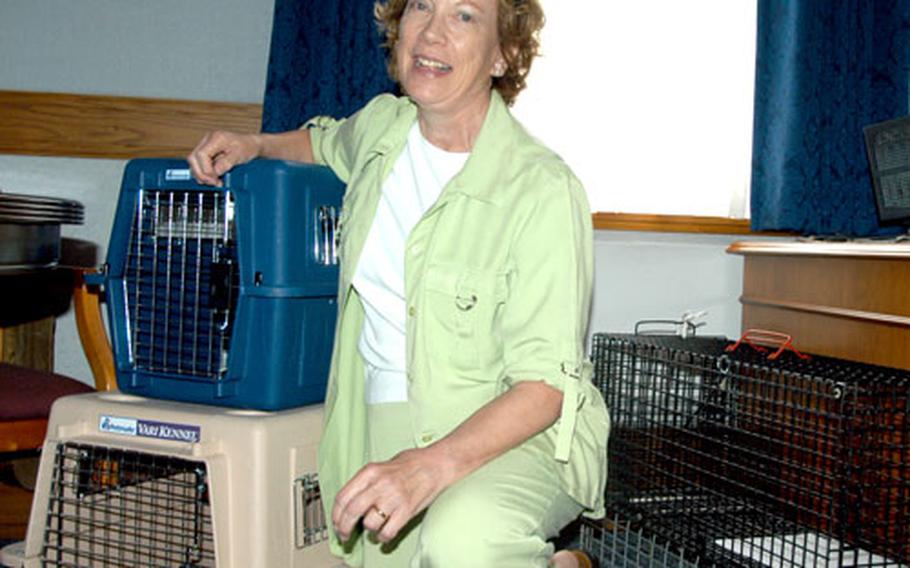 RAF MILDENHALL &#8212; Maggie Cotner and Sal Davidson are paid to maintain good relations between the U.S. Air Force and the British community at large.

But for too long, the women assert, they have allocated too much time to rescuing wayward pets &#8212; some abandoned by members of the U.S. military community.

The two will soon have help in maintaining those relations from a designated Animal Welfare Officer. The 48th Contracting Squadron has posted a job listing on the Forest Heath District Council&#8217;s Web site.

The duties include, &#8220;ensuring that abandoned pets are not allowed to cause significant harm to the U.S. Air Force&#8217;s reputation or its relationship with the local community.&#8221;

&#8220;Unfortunately, we do have cases of abandonment,&#8221; said Davidson, community relations adviser at RAF Lakenheath.

This purported neglect is a source of friction betwen the Air Force and the local communities.

Cotner, who has worked at RAF Mildenhall for 15 years as the community relations adviser, said her office long ago stopped keeping records of the number of pets she saves.