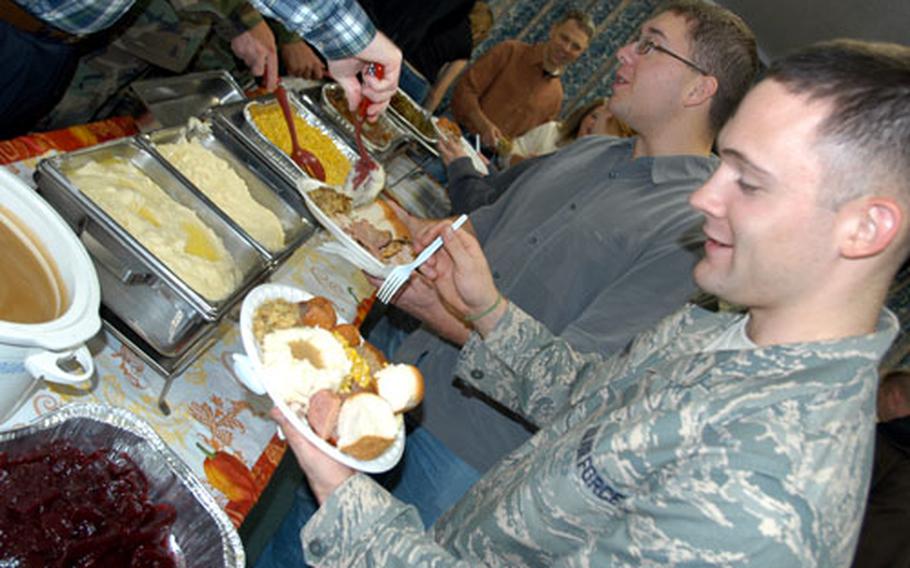 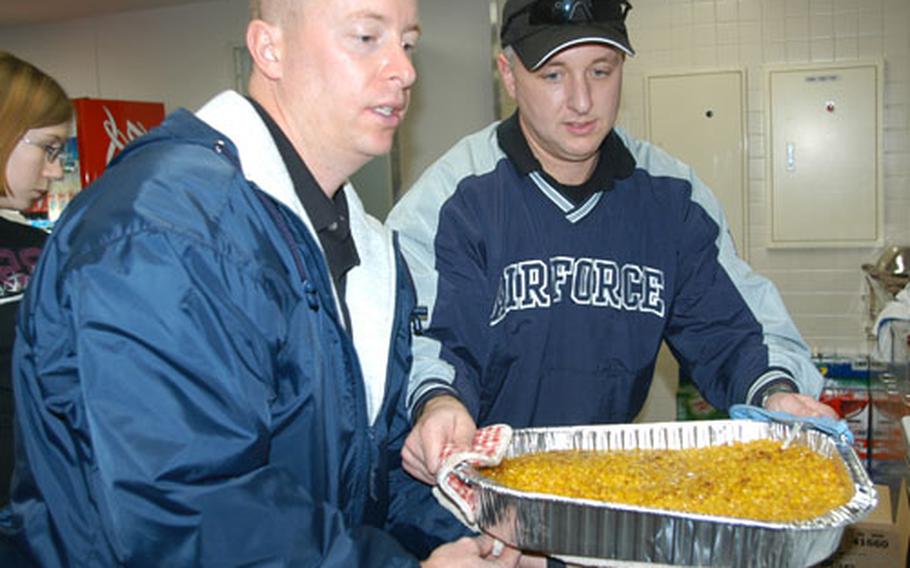 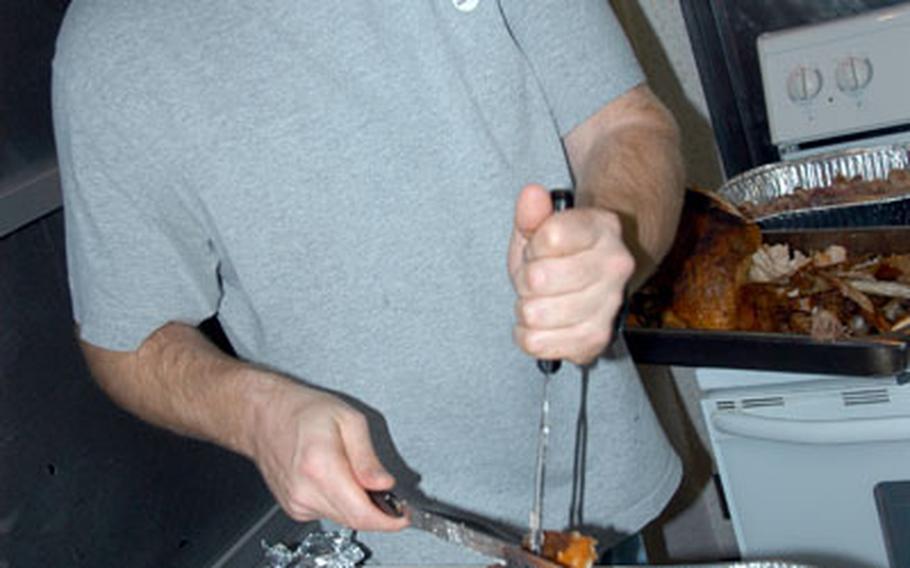 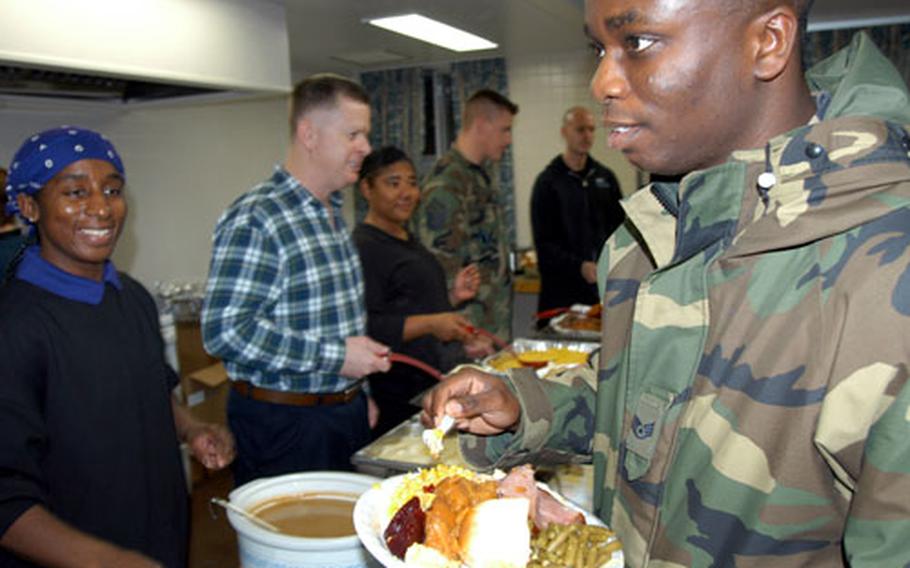 YOKOTA AIR BASE, Japan &#8212; With Thanksgiving turkeys, Christmas hams and New Year&#8217;s cocktails headed our way, people trying to lose weight could be in for a struggle.

While the urge to chow down on as much food and drink as possible is as much a part of Thanksgiving tradition as the Pilgrims and backyard football, many people choose to ignore healthy eating during the whole holiday period.

However, she said, there are plenty of ways to still enjoy the holidays without having to worry about gaining weight.

&#8220;Don&#8217;t go to dinner hungry. We often eat faster and more when we are hungry,&#8221; she said, explaining that many people tend to avoid eating all day before a big holiday meal to save room for dinner. &#8220;Remember to still eat a hearty breakfast and a balanced lunch to avoid overeating at dinner time.&#8221;

Remembering to control what you put on your plate is also very important, Huynh explained.

The most important tip to remember while feasting is to be conscious of what you are actually eating and to control your portion size, Huynh said.

According to Huynh, if you can&#8217;t control the ingredients that go into the dish, simply limit yourself to a smaller helping.

But you also need to be careful about how you wash down your meal.

The next day, it is also essential to not starve yourself to make up for what you ate the night before. Having a healthy low-fat, high-fiber meal is a good way to get back on track and maintain a healthy weight, she said.

One healthy food that will certainly be in abundance after a holiday meal is turkey.

Skinless turkey breast is a great low-fat, low-calorie food, said Huynh, who recommended a turkey sandwich on whole grain bread with lots of vegetables or a salad topped with slices of turkey breast as healthy ways to get rid of leftovers.

Burning off the excess calories from the holidays also means staying active even though there are fewer hours of daylight and colder temperatures.

The best way is to try to get at least 30 minutes of physical activity every day during the holiday week, Huynh said.

Cooking tips for a healthy holiday meal&#182; Instead of frying food, bake, broil or grill it.

&#182; Avoid too many creamy or cheesy high-fat dishes.

&#182; When making creamy or cheesy dishes, use low-fat ingredients. (But remember that nonfat cheese does not melt as well in cooking and baking.)

One whole egg with two egg whites.Sour cream with low-fat plain yogurt or low-fat sour cream.Whole milk with skim or 1 percent milk.Ice cream with frozen yogurt.Whipped cream with chilled evaporated skim milk or other low-fat whipped products.If a recipe calls for heavy cream (not for whipping) use a 1:1 ratio of flour whisked into nonfat milk.

We asked: Are you worried about your weight?

With the holiday season approaching, bringing with it turkey dinners, office parties and colder temperatures during PT, are you concerned about gaining extra weight? (Asked by Stars and Stripes reporters Travis Tritten, Vince Little and Jennifer H. Svan)

"I&#8217;m not too worried. I just work out six times a week, do cardio five times a week. I usually try not to eat sweets. I try to limit myself to a piece of cake once a week. Brownies kill me."&#8212; Jordan Wagner, Airman 1st Class, 373rd Support Squadron, Misawa Air Base

&#8220;The wife here she is a really good cook. I worry about that a lot. It is really hard to stay away from the high-calorie stuff during the holidays&#8221;&#8212; Joseph Crawford, Petty Officer 2nd Class, Sasebo Naval Base