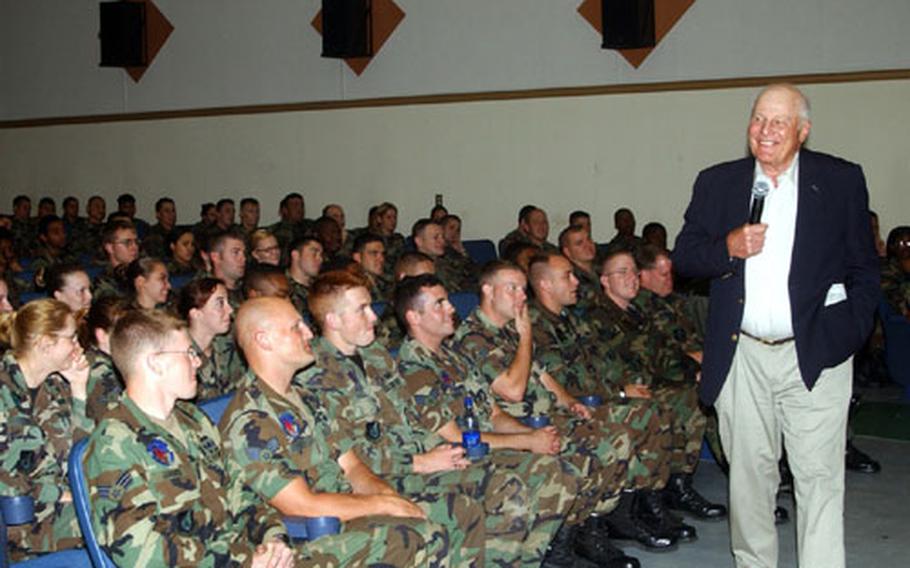 Retired Brig. Gen. Robin Olds speaks to Wolf Pack airmen last week about his experiences as the 8th Tactical Fighter Wing commander during Vietnam. Gen. Olds spoke for about an hour and shared many stories from his career and some thoughts about today&#39;s Air Force and Wolf Pack. (Courtesy of Senior Airman David Miller)

Retired Brig. Gen. Robin Olds speaks to Wolf Pack airmen last week about his experiences as the 8th Tactical Fighter Wing commander during Vietnam. Gen. Olds spoke for about an hour and shared many stories from his career and some thoughts about today&#39;s Air Force and Wolf Pack. (Courtesy of Senior Airman David Miller) 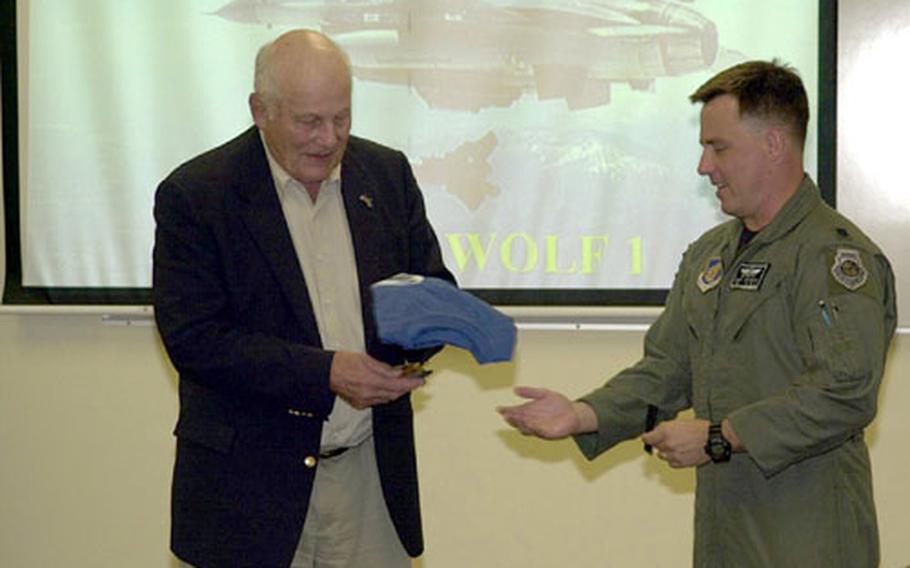 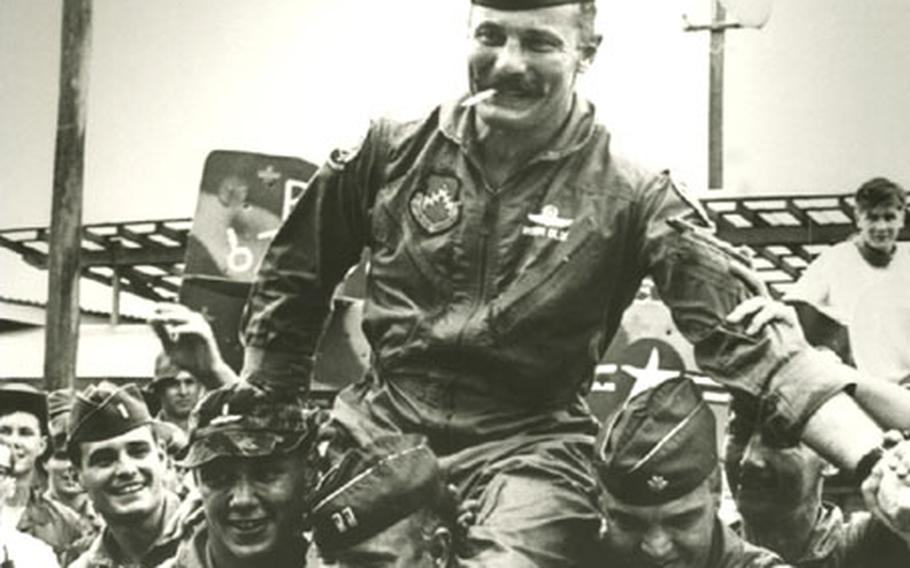 Wolf Pack pilots of the 8th Tactical Fighter Wing carry Col. Robin Olds, the 8th Tactical Fighter Wing commander, away from his F-4 Phantom on Sept. 23, 1967, as he returned from his 100th combat mission over North Vietnam. The four-time MiG killer, often termed "the hottest pilot in Southeast Asia," found a vast, emotion-filled crowd gathered to bid their chief farewell. The veteran pilot led the Wolf Pack to 24 MiG victories in one year, the greatest aerial-combat record for an F-4 wing in the Vietnam conflict. (Courtesy of USAF) 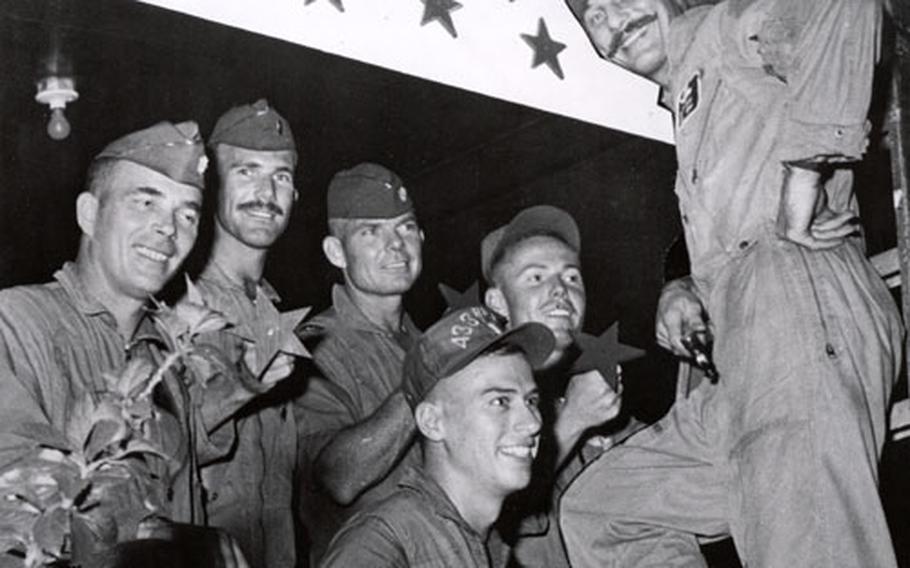 OSAN AIR BASE, South Korea &#8212; An American fighter ace who downed 17 enemy planes in two wars was in Korea last week to spend time with the Air Force fighter wing he once commanded.

Robin Olds, a retired brigadier general, now 81, came to Kunsan Air Base for a three-day visit with the 8th Fighter Wing, which regards him as a &#8220;living legend.&#8221; He talked to airmen, fielded questions, dined and played golf.

During World War II, Olds shot down 13 German planes and destroyed another 11 on the ground. In Vietnam, he shot down four communist North Vietnamese MiG jet fighters.

Though now designated the 8th Fighter Wing, the unit was called the 8th Tactical Fighter Wing when Olds, then a colonel, served as commander from September 1966 to September 1967 at Ubon Royal Thai Air Force Base in Thailand. That&#8217;s when he masterminded Operation Bolo, a fighter sweep that lured communist North Vietnamese MiG-21 fighter jets into a trap: 8th TFW F-4 Phantom jets jumped them and downed seven MiGs with no U.S. losses.

Olds recognized that U.S. Air Force F-105 Thunderchiefs routinely used the same call signs, routes and altitudes in flights over North Vietnam, and that the North Vietnamese deemed the F-105s more vulnerable than the F-4s. So he conceived a ruse: He&#8217;d lead a big formation of F-4s over the North, but they&#8217;d use the same call signs and flight paths of the F-105s, hoping the MiGs would attack what they thought to be Thunderchiefs.

After Bolo, Olds was called to Saigon, where he fielded reporters&#8217; questions about the successful mission.

Olds returned to the United States in December 1967 and became commandant of cadets at the U.S. Air Force Academy in Colorado Springs, Colo.. He held that post until January 1971 and retired from the Air Force in 1973.