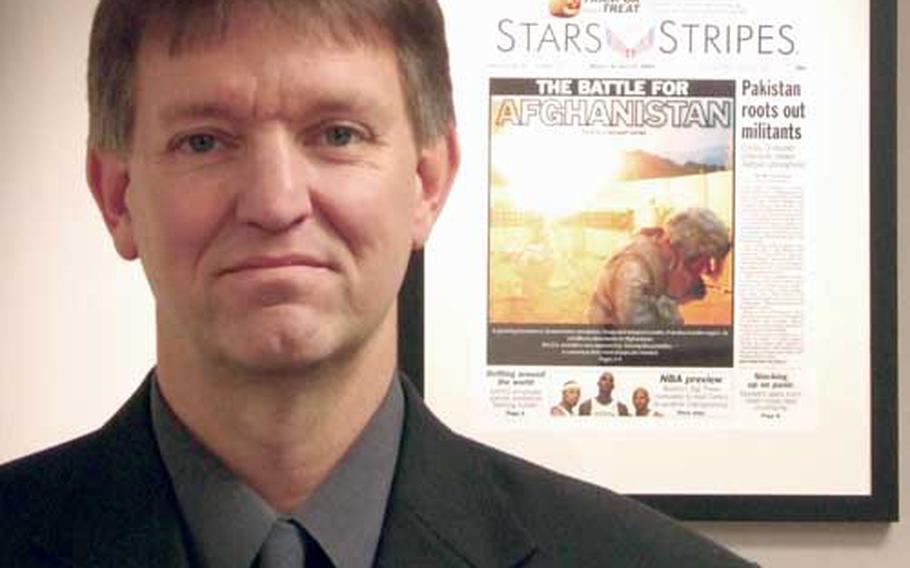 Lederer has served as acting publisher since October 2007. Prior to that, Lederer served as the newspaper&#8217;s chief operating officer since 2003.

A former Army officer, Lederer has lived in some of the overseas communities that Stripes covers, and he has worked for the newspaper in various capacities for more than 16 years, according to Robert Hastings, principal deputy assistant secretary of defense for public affairs, who appointed Lederer.

"With so many of our military community serving in harm&#8217;s way around the world, Max is well-suited to lead the news organization that brings a touch of home to those servicemembers through the pages of Stars and Stripes," Hastings said in an e-mail Monday.

Lederer said it was an honor to be appointed publisher, adding the military community needs "credible, accurate, balanced and fair" information now more than ever.

"With the proliferation of information available, which is not all reliable, it is important that a voice such as Stars and Stripes exist to tell the military story from an independent perspective," he said.

Lederer also said he was excited to move Stripes from a daily newspaper into an organization that provides the military community information "when they want it, how they want it and where they want it."

Former Stripes publisher Tom Kelsch praised Lederer for fighting for the newspaper&#8217;s editorial independence. "I worked with him for many years and know how heavily he has been involved in getting the paper to the troops fighting the war, and I can think of no one in a better position to be able to accomplish the primary mission of Stars and Stripes," Kelsch said Tuesday.

Washington Headquarters Service is conducting a preliminary investigation into how Stripes and its former parent organization handled money for the America Supports You program, intended to give publicity to nonprofit groups that help U.S. troops.

The move was prompted by a Dec. 12 Defense Department Office of the Inspector General&#8217;s report that found Defense officials and members of Stripes improperly funneled money to the program through the newspaper.

Lederer was not implicated in the inspector general&#8217;s audit, Hastings said.

"Nothing in the DoD IG report or follow on activity has suggested any wrongdoing by Mr. Lederer," Hastings said. "In fact, all of the activities subject to the IG investigation occurred prior to Mr. Lederer&#8217;s assuming the role of acting publisher."