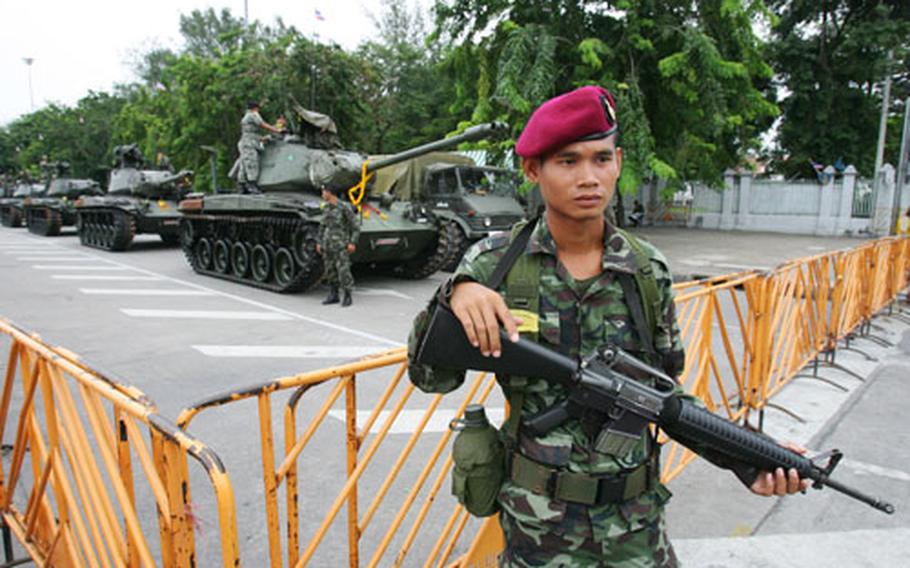 U.S. Army Pacific this week halted all leaves to Thailand in the wake of last week&#8217;s overthrow of the Thai government.

After the military seized control of the country from Prime Minister Thaksin Shinawatra on Sept. 19, Pacific Command officials stopped temporary duty travel to Thailand. Leave, however, was not affected. Servicemembers were and are still required to follow pre-existing procedures for leave, including completing a force-protection plan and getting country clearance from an O-5 in their chains of command.

On Monday, USARPAC officials issued a further guidance that stated: &#8220;No leaves are authorized for all soldiers and Department of Army civilians to Thailand until the situation in this country matures.&#8221;

The restriction affects all personnel falling under USARPAC, including those assigned to U.S. Army Japan.

The Navy, Air Force and Marines in the region have not stopped leaves, which must be approved by the chain of command, or made any restrictions above those issued by Pacific Command, officials said.

According to the PACOM guidance, &#8220;leave is authorized in Thailand in compliance with existing travel requirements.&#8221;

While there has been no violence at this time, all DOD personnel are advised to avoid all political demonstrations and rallies and other mass gatherings, and to limit exposure to government and military installations.

There are no indications DOD personnel are in danger, but there is a risk of &#8220;being in the wrong place at the wrong time.&#8221; All DOD personnel should be especially aware of the possibility of an escalating threat and increase their vigilance and practice sound antiterrorism measures.