Cmdr. Shelley Perkins, a surgeon at U.S. Naval Hospital Okinawa and an instructor demonstrates a technique during the two-day course. (Cindy Fisher / S&S)

Cmdr. Shelley Perkins, a surgeon at U.S. Naval Hospital Okinawa and an instructor demonstrates a technique during the two-day course. (Cindy Fisher / S&S) 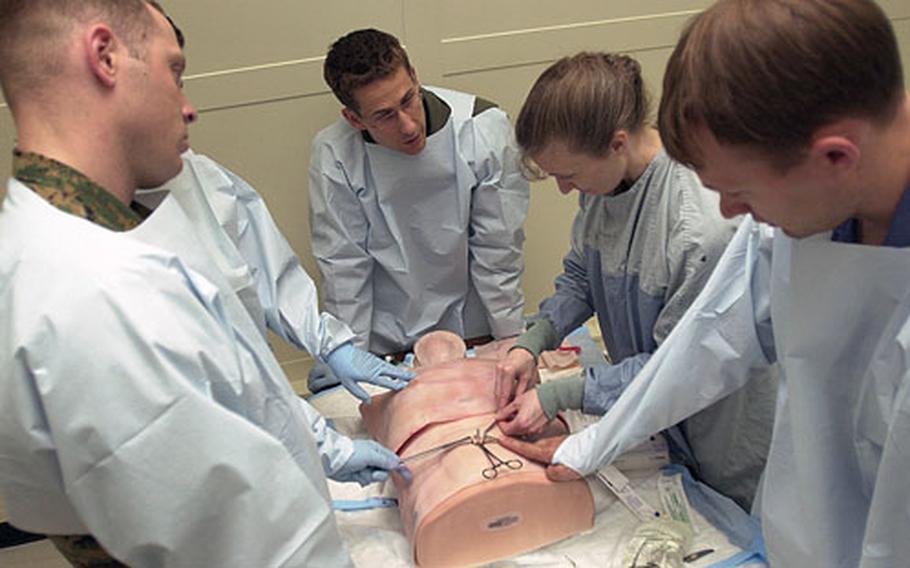 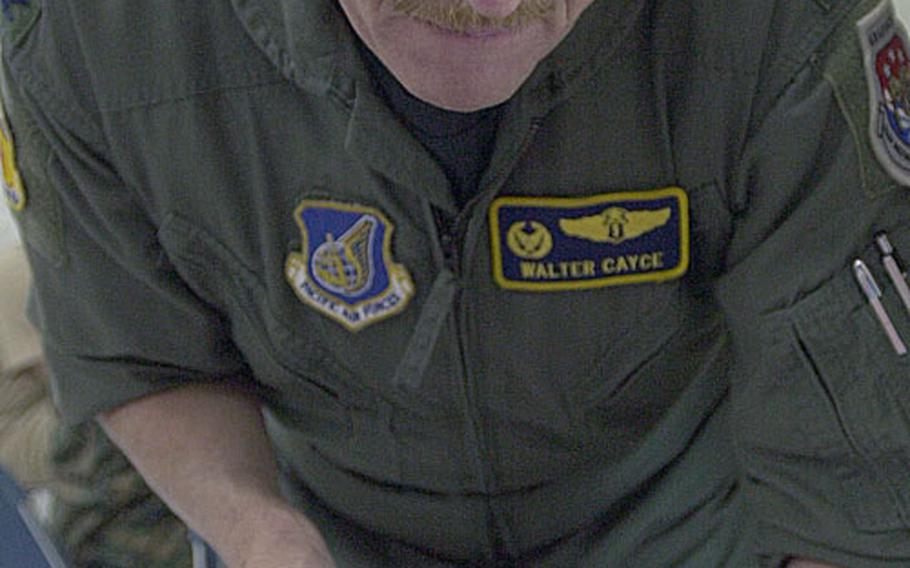 Lt. Jerome Cerdan, a dentist at the Evans Clinic on Camp Foster, Okinawa, attempts the correct technique for putting a tube through the mouth, voice box and windpipe of a dummy Sunday during the two-day Advanced Trauma Life Support course on Camp Lester. (Cindy Fisher / S&S)

Dr. John H. Armstrong, a physician at the University of Florida, traveled to Okinawa to oversee two advanced trauma life support courses and the first ATLS instructor course to be taught on Okinawa.

They were the ones targeted for last week&#8217;s training, he said.

With the ongoing war on terrorism, it&#8217;s easy to see these skills are essential, he said.

But ATLS knowledge can be put to use closer to home as well, Armstrong said, citing recent cases when accidents occurring close to the same time resulted in several critically injured servicemembers.

ATLS standards are set forth by the American College of Surgeons&#8217; Committee on Trauma, and those who meet the standards receive validation cards.

Air Force Col. Walter Cayce, with the 36th Medical Group at Andersen Air Force Base on Guam, has been through the course before and was here to update his card.

Armstrong added that using this training, instead of a homegrown program, ensures &#8220;everyone (has) a common language when working with acutely injured patients.&#8221;

But the real boon for trauma training here was the day-and- a-half-long instructor course, taught Thursday and Friday to seven physicians, Armstrong said.

The instructor course &#8220;is critically important because you now have a group of experts locally who can fuel the trauma program&#8221; and pass their skills to others in this region, Armstrong said.

Instructors from this course already are scheduled to teach two ATLS courses at U.S. Naval Hospital Guam at the end of June, he said.

The naval hospital at Yokosuka Naval Base has been conducting this training since 2004, but it, like the hospital here, had to borrow the necessary simulators, Armstrong said.

The two hospitals are teaming up to purchase simulators to keep the training in the region, which in the long run will be cheaper than flying to doctors to the States for training, he said.