Learning to tame the wilds of England — from an expert 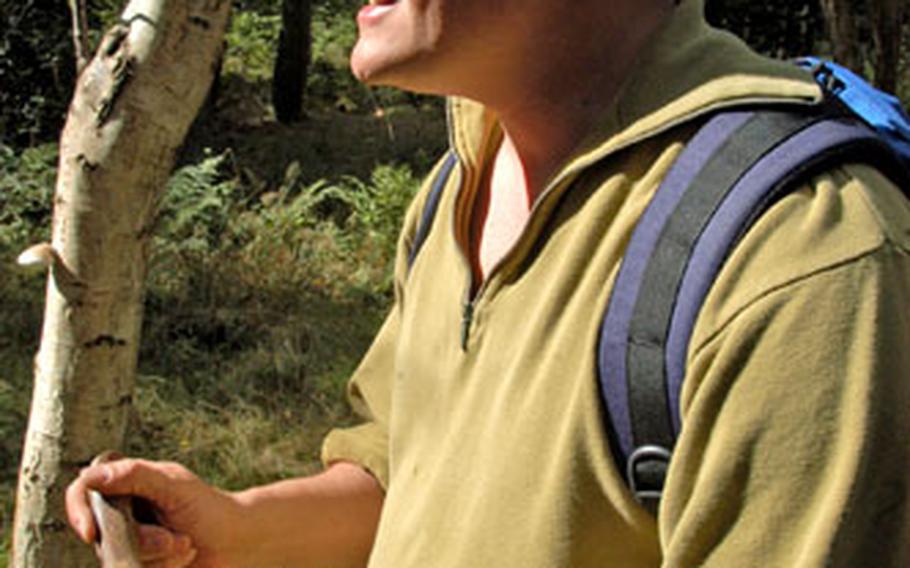 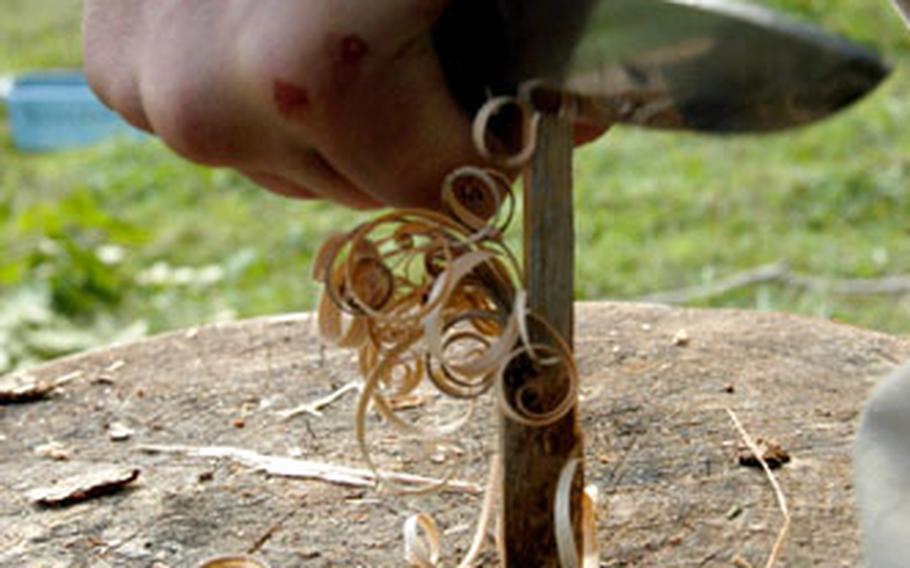 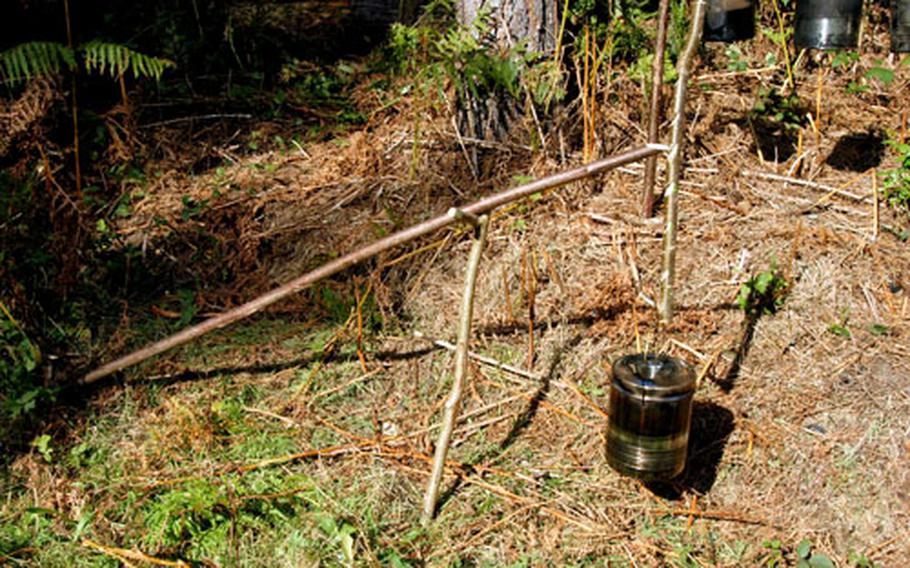 A pot hanger made from four sticks is used to boil water over a flame without bulky camping gear. (Russ Rizzo / S&S) 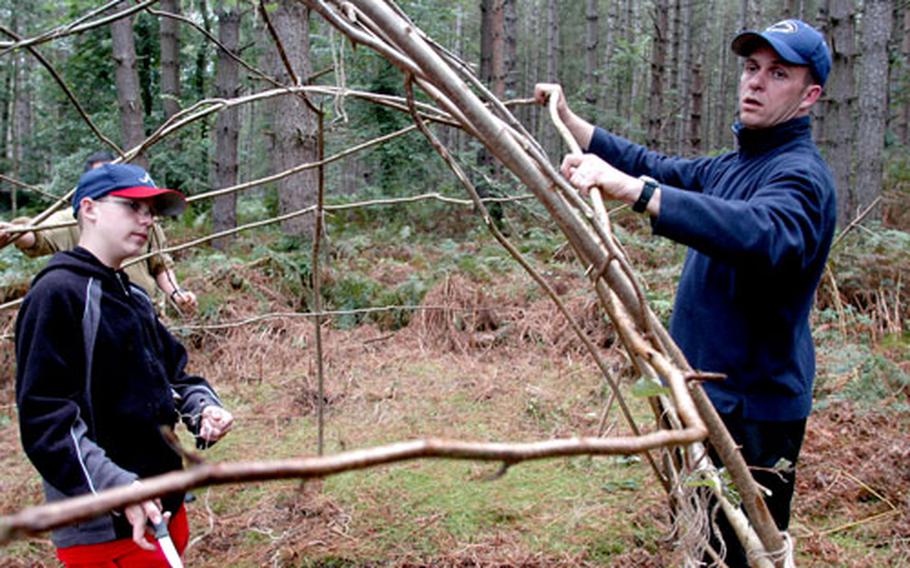 Tech. Sgt. Dan Kent, of the 100th Communications Squadron at RAF Mildenhall, builds a shelter out of hazel trees with his son, Daniel, during a weekend camping trip. (Russ Rizzo / S&S)

THEDFORD &#8212; We have just set off for a stroll through the Thedford Forest and already Dave Wainwright is crouched down at an animal dropping.

Wainwright points out to his attentive followers fur that is inside the dropping and a claw, concluding that the animal has been eating rabbit.

For the next hour, Wainwright&#8217;s followers are given a unique look through the lens of a true outdoorsman, seeing what he sees when he makes his way through a natural environment.

The director of RAF Mildenhall&#8217;s Outdoor Recreation Center, Wainwright has just completed a yearlong course in bushcraft, a type of survival skill training made popular by English television personality Ray Mears, or &#8220;Mearsy&#8221; as Wainwright tends to call him. Experts in bushcraft such as Wainwright pride themselves on their ability to make it in the wild using only a knife.

Wainwright is eager to share what he has learned with others by taking them on weekend camping trips just 20 minutes outside the gates of RAF Mildenhall.

Wainwright hopes to teach people basic survival skills they can use to lighten the load while camping and give them a better appreciation for the natural world around them &#8212; two goals he accomplished in his first organized trip last month.

On the walk, Wainwright&#8217;s followers learn that Sphagnum moss doubles as toilet paper and a sponge to clean pots, Herb Robert makes good insect repellant and flowers from a plant called gors make good tea leaves. He teaches which trees burn well and which ones he uses to make shelter.

Stopping at a set of tracks, Wainwright tells the group which way deer have run through the forest and how he would kill one in a survival situation.

Back at camp, Wainwright hands the group knives and teaches his students how to make a wooden pot hanger to boil water over a fire. He teaches them how to cook a rainbow trout without a pan and then sends them off to do it.

The next day, Wainwright describes the best methods for purifying water and shows the group how to build a shelter using hazel trees.

In two short days, Wainwright touches on the basics of survival training, piquing his followers&#8217; interest enough to come back and learn more.