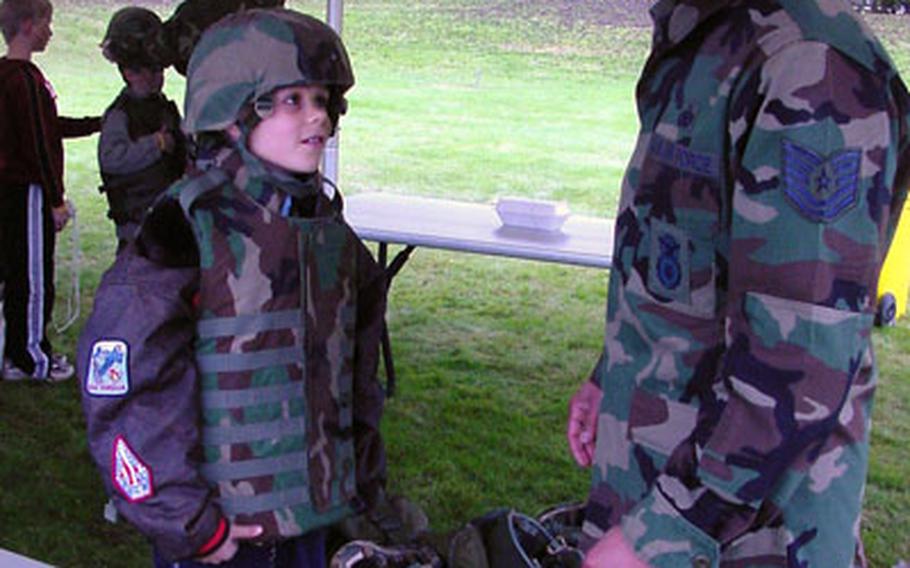 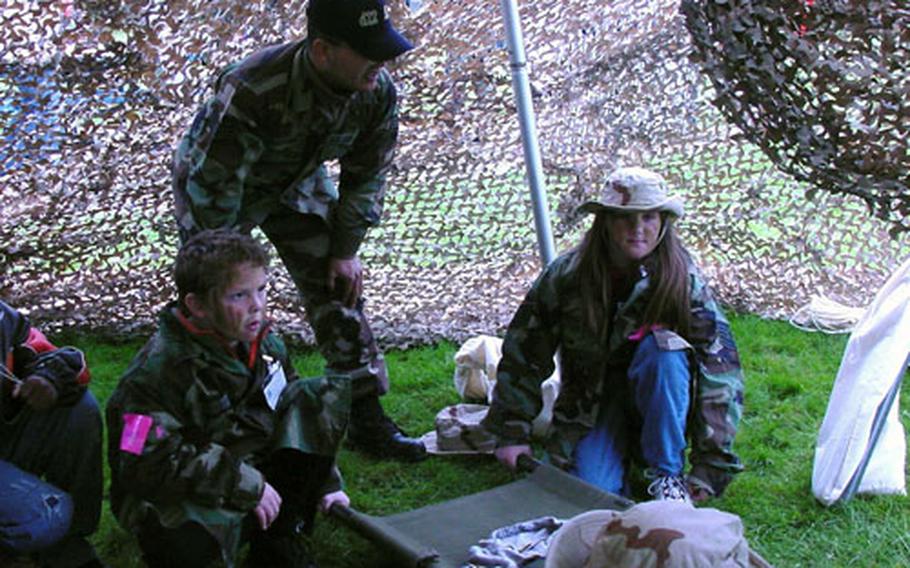 Croughton Elementary School students got a taste last month of what their parents&#8217; deployments can be like as about 125 children participated in the Camp KUDOS program.

It&#8217;s the first time the program has been used by a community under the 501st Combat Support Wing, which oversees the eight Air Force bases outside the largest installations of RAFs Mildenhall, Lakenheath and Feltwell.

And the event brought out the community in general, with spouses clubs, the local Airman and Family Readiness Center and other base entities chipping in, Hayes said.

About a month prior to the event, the youngsters received their predeployment orders, Hayes said, and the children &#8220;deployed&#8221; on Oct. 24.

Students went on to receive faux vaccinations and were fingerprinted, he said.

A deployed tent was also set up, and kids got to see how their mom and dad might live downrange. The living space was replete with the standard foot locker and family photos.

Letting students see firsthand what the deployment process is like gives them a better understanding of everything, Croughton principal Eugene Perillo said.

&#8220;These students saw and somewhat felt firsthand, a simulation of the military experience; and a way of life for their family members deployed,&#8221; Perillo wrote in an e-mail.

Hayes, who has children of his own, said the parental absence is obviously the hardest burden for a child to bear, but there can be a lot of anxiety and uncertainty that goes along with it as well.

At any one time, about 20 percent of the base&#8217;s approximately 300 Air Force personnel are deployed, he said.