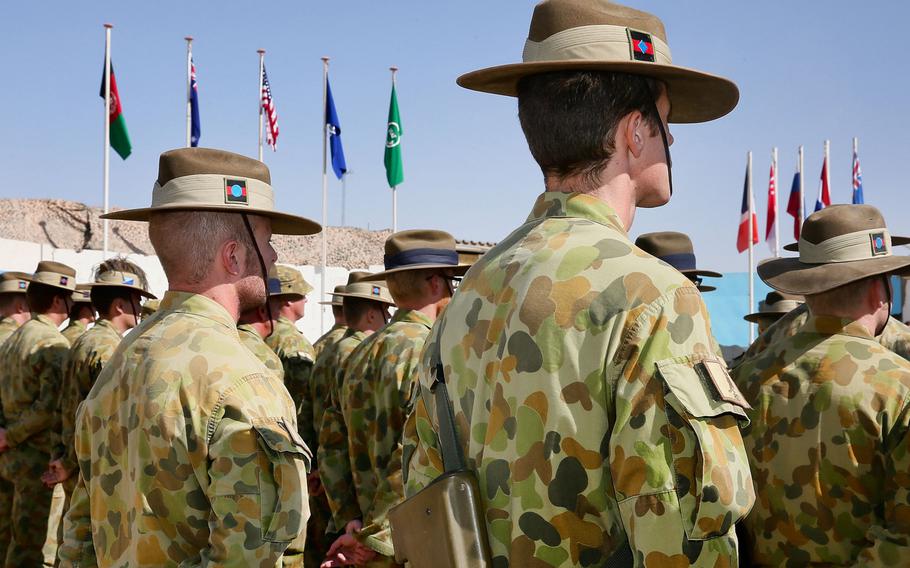 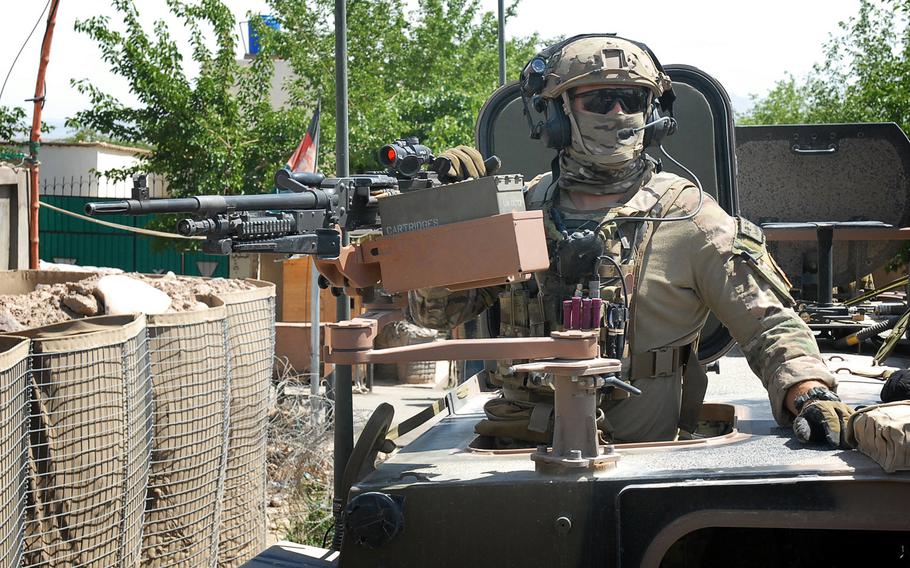 Fairfax Media revealed details of the Australian Defense Department inquiry, including allegations of war crimes, command failures and a lack of accountability from the military chain of command.

A close ally of the United States, Australia has deployed forces to Afghanistan for nearly 17 years. About 270 troops are now in the country as part of NATO’s Resolute Support mission.

The inquiry found problems “deeply embedded in the culture” of Australia’s elite task force in Afghanistan and conduct that went “well beyond blowing off steam.”

The war crimes allegations prompted a separate inspector general’s investigation into special operations activities in Afghanistan between 2001 and 2016, Fairfax reported. That investigation began in May 2016.

Australian Defense Minister Marise Payne said in a statement posted online Friday that special operations troops operate in a “complex, chaotic and very dangerous environment” but vowed that the allegations were being taken seriously and examined independently of the chain of command. She said the government would respond to the recommendations of the IG investigation.

In the past two weeks, Maj. Gen. Paul Brereton, a judge leading the IG inquiry, had questioned more than a dozen elite soldiers, some for up to five hours at a time, Fairfax reported Friday.

“I was blown away by the details he had,” one Special Air Service Regiment member told the newspaper.

The inquiry report leaked to Fairfax describes a host of “serious breaches of trust,” including wastefulness, loss of weapons, poor workplace safety practices and internal rivalries that led to poor coordination between key special operations units.

One informant disclosed the undermining of training events, such as the joint U.S.-Australian Talisman Saber exercise.

More serious concerns included “allusions” to domestic violence, drug and alcohol abuse, as well as the allegations of illegal violence on operations.

Specifics about the alleged war crimes weren’t disclosed in the media reports, but one special operations “insider” reportedly told investigators there had been “horrendous things” done in the past 15 years.

“Some just disgraceful things happened in Kabul,” the insider was quoted as saying. “Very bad news, or just inappropriate behavior, but it was pretty much kept under wraps.”

Some troops felt senior leaders within the special operations community and beyond “were compromised by their own participation or complicity” in past abuses, creating a “deep impediment to change,” the inquiry found.

Australian media have reported on earlier claims of cover-ups related to Australia’s elite troops, including an Australian Broadcasting Corp. report last summer on the alleged killing of an Afghan boy.

There is a reasonable basis to believe war crimes and crimes against humanity have been committed by many sides over the past 15 years, the prosecutor of the International Criminal Court said in November when requesting permission to investigate alleged crimes in Afghanistan committed by the Taliban, Afghan forces, the U.S. military and the CIA.