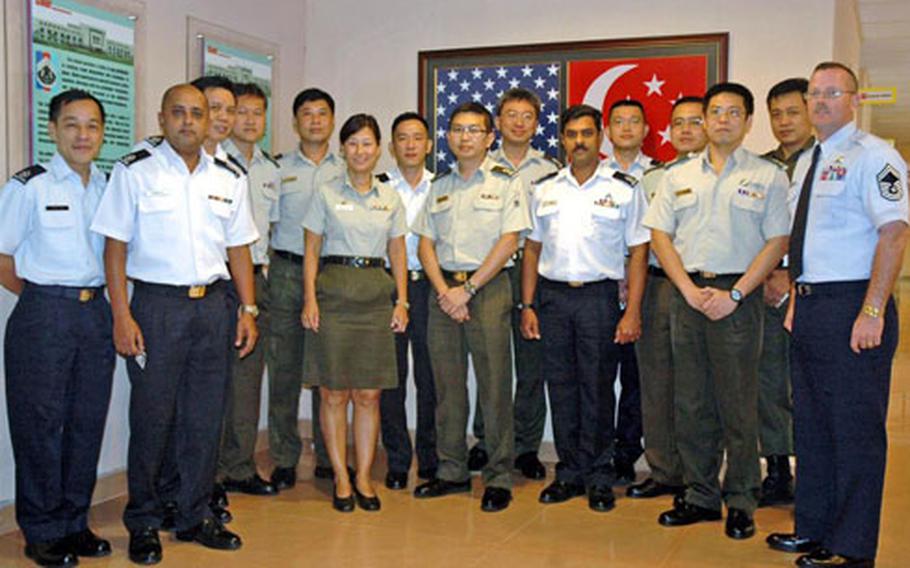 KADENA AIR BASE, Okinawa &#8212; Airmen attending leadership courses under Senior Master Sgt. David Duncan in the future might find themselves in something akin to a reality show.

He said he wants to incorporate several exercises he learned there into the Kadena leadership courses, including a team-building exercise resembling the popular reality show "Amazing Race."

In the exercise in Singapore, Duncan worked with a team of SAF officers through a scavenger hunt to reach the Battle of Singapore site, he said.

The program was meant to strengthen leadership ties between the two forces and let them swap perspectives on leadership development, Duncan said.

Duncan said he was the first airman from Kadena to attend the program.

The Singaporean program is for warrant officers and is similar to the U.S. Air Force&#8217;s senior noncommissioned officer academy. The SAF includes three military branches &#8212; army, navy and air force.

"These are just good solid things that everyone should understand if they&#8217;re going to call themselves an effective supervisor, leader," said Duncan, a 23-year veteran of the Air Force.