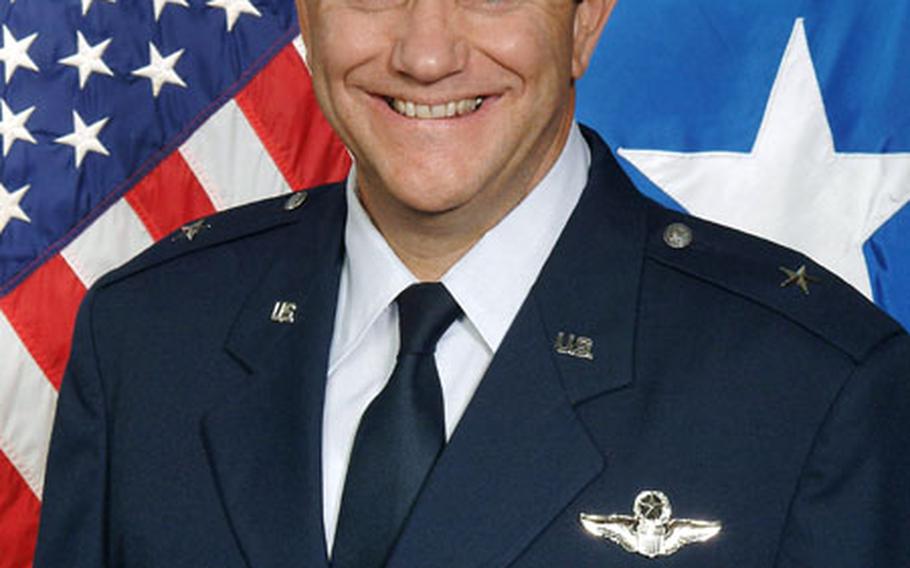 An Air Force officer whose mission is to train F-16 fighter pilots will soon be leading one of the most prominent places in the world where they perform daily.

Brig. Gen. Philip M. Breedlove will take command of the 31st Fighter Wing at Aviano Air Base, Italy, next month. He&#8217;s set to replace Brig. Gen. Mike Worden, who will assume duties as director of operational plans and joint matters for the deputy chief of staff for Air and Space Operations at Air Force headquarters in Washington, D.C.

It won&#8217;t be Breedlove&#8217;s first assignment in Europe. He served in Spain and Germany in the 1980s before spending the time since then in the Pacific theater and the States. Currently, he&#8217;s commander of the 56th Fighter Wing at Luke Air Force Base, Ariz. The wing is the largest in the Air Force, with hundreds of pilots and crew chiefs graduating from training each year.

At Aviano, he&#8217;ll be responsible for a lot fewer aircraft in a high-profile position. Aviano&#8217;s role in the NATO bombing campaign over Yugoslavia made it famous throughout Italy and surrounding countries.

The change of command ceremony is scheduled for June 18.