Leaders offer conflicting reports on timeline for move to Guam 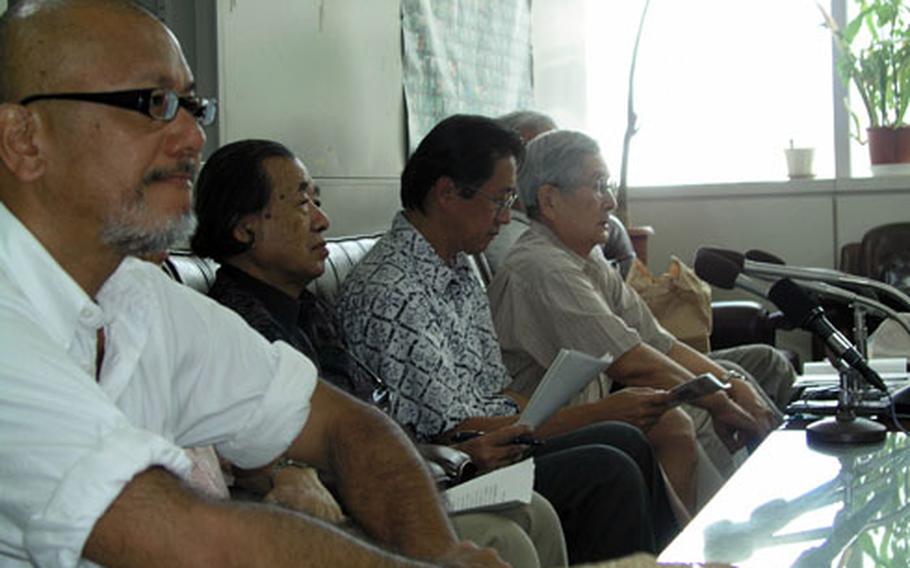 CAMP FOSTER, Okinawa &#8212; More officials are expressing concern that the planned move of some 8,000 Marines and their families from Okinawa to Guam could be delayed.

While Japanese and Pentagon officials are standing by the timetable in a bilateral agreement signed in May 2006 that the move will be completed in 2014, the commander of U.S. forces in the Pacific and a Guam senator say it may take a decade or more to accomplish.

One issue is a key provision of the agreement &#8212; a new Marine air facility to be built in rural northeast Okinawa on Camp Schwab to replace Marine Corps Air Station Futenma.

Okinawa officials want the plan revised to move runways for the new airport offshore. Their opposition has delayed the project.

Another sticking point is that Japanese taxpayers want assurances that money their country spends on the Guam end of the project will help Japan&#8217;s flagging economy.

"We are behind a timeline to achieve that goal of 8,000 [Marines] down to Guam, and we don&#8217;t have enough money to make it happen right now," U.S. Pacific Commander Adm. Timothy Keating told Reuters in Washington on Thursday.

However, the Reuters report quoted a Pentagon official as disagreeing with Keating.

"We have no reason to believe that we are not going to meet the timeline we have set out," Pentagon press secretary Geoff Morrell said. "He&#8217;s certainly entitled to his opinion on this matter. But, officially, we are committed to the roadmap as agreed."

Guam Sen. Benjamin J. Cruz was in Tokyo recently and met with a Japanese Diet member who he said also expressed reservations about the realignment plan.

"There are various issues that they&#8217;re trying to deal with, besides the Futenma project," Cruz, vice speaker of the Guam Assembly, said in a telephone interview Friday with Stars and Stripes. "One is getting the Japanese taxpayers to support paying for the relocation of a foreign force."

He said the $6 billion Japan agreed to contribute to the Guam project is contingent on being able to recoup the money by having Japanese companies and workers involved in the construction projects.

"But it&#8217;s my impression that the mood in the U.S. today, with the ever-increasing unemployment rate, is to use U.S. companies and workers," Cruz said. "And some Japanese are put off by what they believe are unreasonable estimates for some of the projects. They&#8217;re especially incredulous over the estimated $645,000 for each single-family home for military personnel. Frankly, I&#8217;m not even sure how the military arrived at that figure."

U.S. and Japanese officials have said from the beginning that the move of the Marines to Guam, including III Marine Expeditionary Force headquarters, hinges on the Futenma replacement project. Once the new Camp Schwab facility is built, the U.S. has promised to close Camp Kinser, MCAS Futenma, the rest of Camp Lester and part of Camp Foster.

In his interview with Reuters, Keating said there was no change under the Obama administration regarding the realignment plan. Secretary of State Hillary Clinton is expected to sign an agreement detailing specific guidelines for the project when she visits Tokyo later this month.

Keating told Reuters a delay doesn&#8217;t have to be a bad sign.

"A case can be made that a more measured, longer-term approach could be beneficial," he said.

A spokesman for Japan&#8217;s Ministry of Defense said Friday he believed the project was still on track.

"The Ministry of Defense has allocated 35.3 billion yen (about $392 million) to be spent for the project for fiscal year 2009," said Takashi Sekine, chief spokesman for the ministry&#8217;s International Public Relations Office. "In accordance with the [2006 agreement], and to reduce the burden of Okinawa, we will faithfully implement the plans to move Marines to Guam, aiming to complete it by 2014"