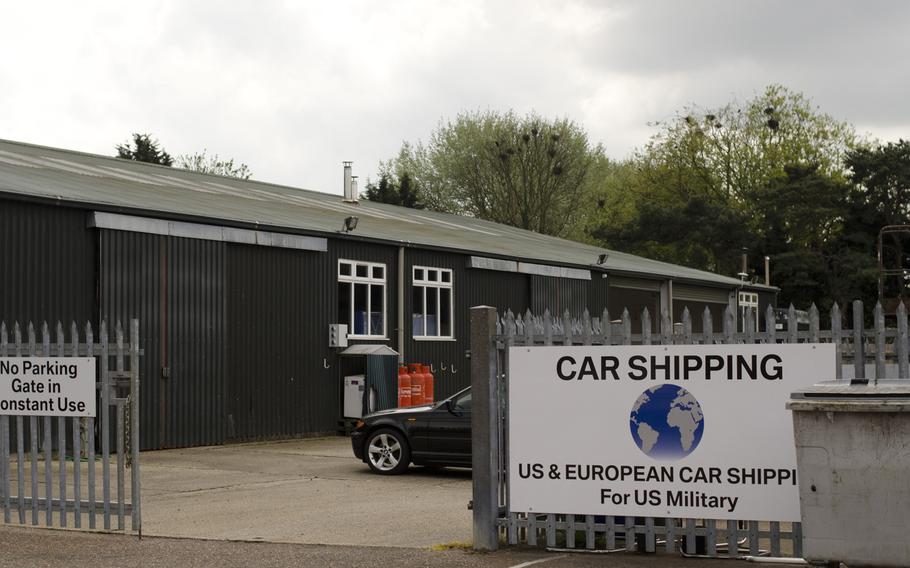 International Auto Logistics opened new vehicle processing centers like this one in Mildenhall, England, when it took over the contract in May 2014 to ship servicemembers' vehicles. (Adam L. Mathis/Stars and Stripes)

RAF MILDENHALL, England — A judge in Georgia has paved the way for a class-action lawsuit against the Defense Department’s vehicle-shipping contractor to proceed.

U.S. District Court Judge Lisa Wood denied a motion to dismiss, filed by International Auto Logistics in September, on all grounds but one. Wood dismissed a breach-of-contract accusation after all parties agreed the count was moot, according to a court document.

Her motion clears the way for the lawsuit to proceed on claims that International behaved negligently and exercised unauthorized control of another’s property, among others, according to the document.

Six people, including four active-duty servicemembers, filed the suit in August seeking more than $5 million from the company. They claimed International took possession of their vehicles in June but failed to deliver them and had not provided accurate information as to their whereabouts.

A spokeswoman for International said the company does not comment on continuing legal matters.

In May 2014, International became the primary contractor for shipment of Defense Department employees’ vehicles, but it soon had trouble making on-time deliveries. Sen. Mark R. Warner, D-Va., said officials told him that International had delivered about 20 percent of vehicles on time in July.