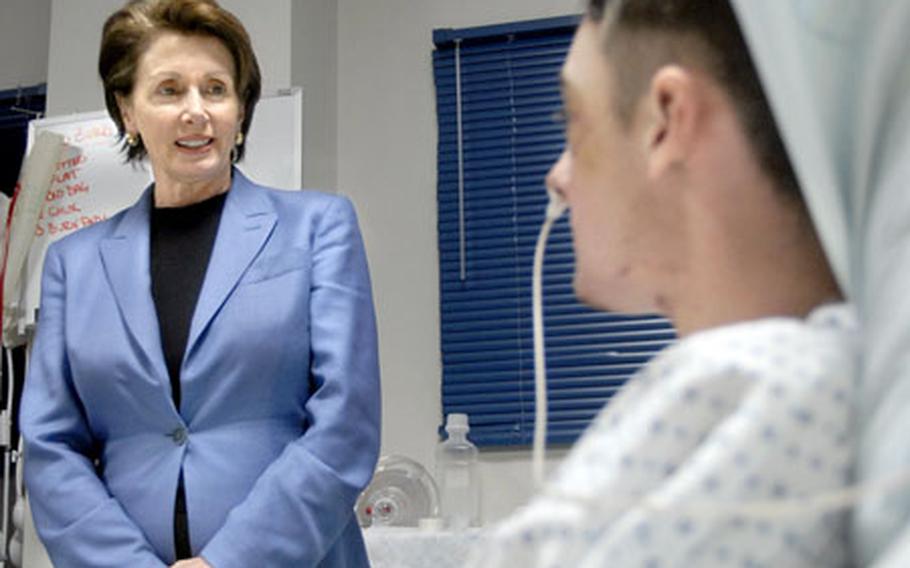 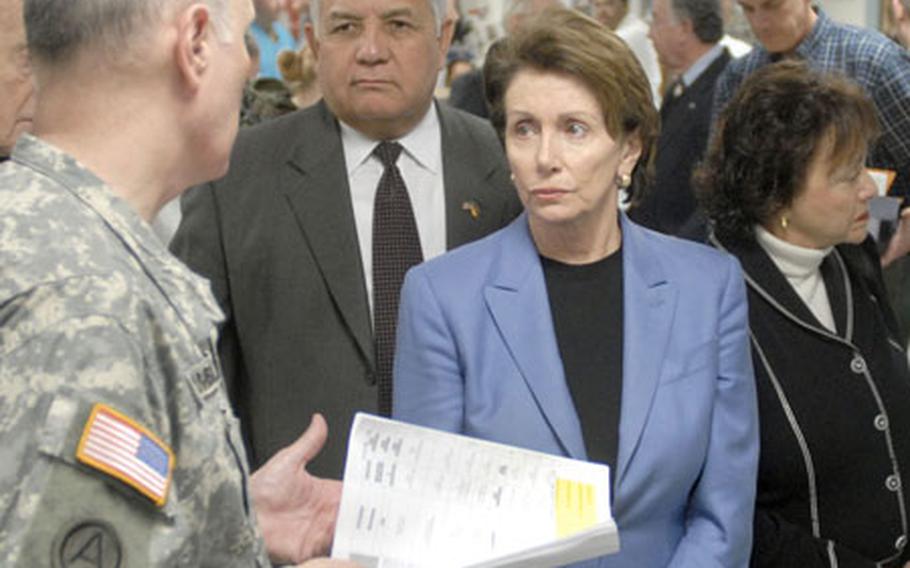 Pelosi, D-Calif., and the other House members toured the Army hospital before taking off from Ramstein Air Base and returning to the U.S.

Pelosi, an outspoken critic of the Iraq war and President Bush&#8217;s plan to boost the number of forces in Iraq, spent nearly an hour at the hospital&#8217;s intensive care unit, meeting with wounded servicemembers.

As she walked the hospital hallways, she stopped and posed for photos with American soldiers and airmen.

It was her first visit to the hospital, which has treated 37,000 patients from Iraq and Afghanistan.

The delegation&#8217;s trip came as Congress and the White House battle over a boost of U.S. forces in Iraq. President Bush is sending 21,500 more troops to the country, while Democrats and some Republicans have argued against the increase.

Sen. Hillary Clinton, D-N.Y., made a similar trip to Landstuhl earlier this month before officially announcing she would run for president.

The delegation on Monday allowed photographers to follow the tour, but its members declined to answer any questions.

Murtha, a retired Marine colonel and Vietnam veteran, has urged the withdrawal of American troops from Iraq.

While other House members greeted patients in the intensive care unit and handed out U.S. flags, Murtha spoke at length to Gen. David McKiernan, commander of U.S. Army Europe, in the hallway.

Minutes later, he chatted with Pfc. Keali Lanning, who injured his hand in a grenade attack in Iraq. As Lanning walked down the hallway, Murtha asked, &#8220;What happened to you?&#8221;

Lanning told Murtha about the attack and how he initially refused medical treatment so that other soldiers could get care first.