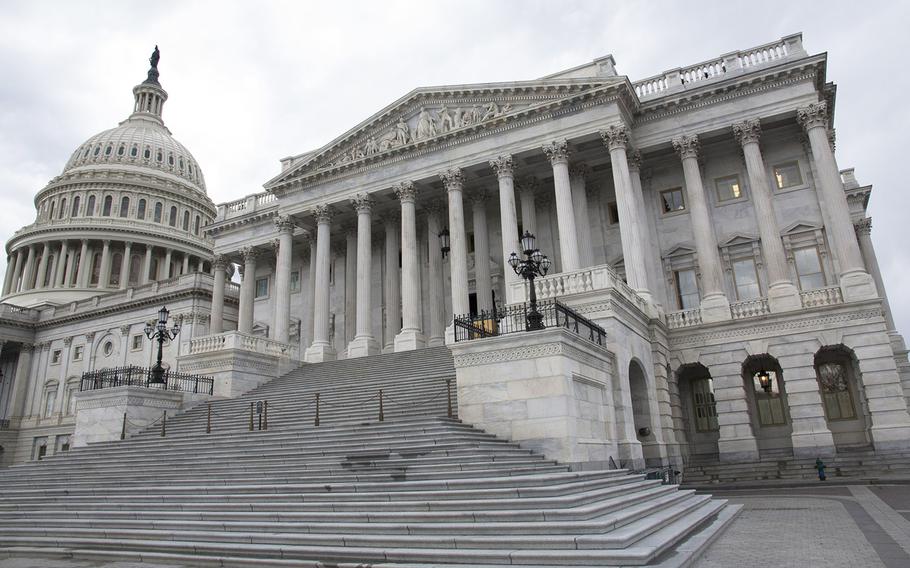 WASHINGTON — Lawmakers are trying again – this time with support from the Department of Veterans Affairs – to give the VA secretary more power to fire, demote or suspend poor-performing employees and recoup their bonuses.

Complementary bills were introduced in the House and Senate this week to give VA Secretary David Shulkin those authorities. The legislation would also shorten the timeline VA employees have to appeal any disciplinary action against them and require quicker determinations from the Merit Systems Protection Board, which hears the appeals.

“[T]here are still too many bad apples within the department. Our veterans deserve better, and the VA employees who fulfill their duties deserve better,” Rep. Phil Roe, R-Tenn., said in a written statement. “I’m proud to have worked with President [Donald] Trump and his administration on this legislation to bring long overdue accountability to the Department of Veterans Affairs.”

Last year, there was outcry from the veterans community when the Merit Systems Protection Board reversed the VA’s attempt to fire two executives who were found to have manipulated the hiring system to move to positions of lesser responsibility while maintaining the same salary. Lawmakers and veterans organizations, along with Shulkin and Trump, have pushed for increased accountability as a way to root out a perceived culture of corruption in the department.

Congressional aides told Stars and Stripes that they worked with Shulkin and VA’s general counsel to create the legislation, and they’re anticipating support from White House officials.

“If there is evidence that an employee has broken the law, caused harm to veterans, or have violated the public trust, they should be terminated immediately,” Shulkin wrote in an opinion piece posted Wednesday on Fox News’ website. “Instead, due to overly cumbersome and lengthy arbitrations as well as extensive bureaucratic red tape, VA has not been able to remove employees as quickly as we would have liked.”

A similar bill to the ones introduced this week passed the House last September, but never made it to a vote in the Senate.

Former VA Secretary Bob McDonald responded to that bill by reiterating the VA “can’t fire its way to excellence.”

Aides said the new legislation is a tempered version of the original and includes more time to appeal for employees facing disciplinary action.

But the American Federation of Government Employees, a union that represents approximately 270,000 VA employees, reacted to the bill with surprise, calling it “terrible” and saying it would strip employees of their due process rights.

The federation’s concern is mostly centered on a measure in the new legislation that goes a step further from the original and would eliminate VA employees’ option to initiate a grievance procedure through their unions.

That process can be lengthy and open-ended, congressional aides said.

“We have never seen such an aggressive attack on collective bargaining rights in the VA,” said Marilyn Park, a legislative representative with the union. “Right out of the gate they’re saying the right to use a grievance procedure would not apply.”

The bill would also require the appeals board to issue a decision on a demotion or termination in 45 days. Data last year from the board showed it took an average of 281 days.

After going through those processes, employees could file another appeal with the board and then seek judicial review with the U.S. Federal Circuit.

Also in the legislation is a change to allow the VA secretary to reduce the pension of a VA employee who receives a felony conviction, if it influenced their job performance. The secretary could recoup bonuses if employees performed poorly on the job and recoup relocation expenses if employees were found to have committed fraud, waste or malfeasance.

Park asserted all of the changes would negatively affect recruitment and retention at the department.

“Anyone who takes a job in a hard-to-fill area does not need it looming over their head their relocation expenses could be taken away,” she said. “It will just make the work environment even more depressing. You are going to lose people.”

The union plans to reach out to members of Congress in an attempt to fight against the legislation.

Shulkin, in an interview on Fox News this week, said the unions wouldn’t be able to stop it from passing.

“If the union decides they’re not able to change, we’re going to continue, anyway,” he said. “We hope to work with them, but they certainly don’t have the ability to stop us from making the changes we need to.”