Lawmakers: Space Corps could form by 2021 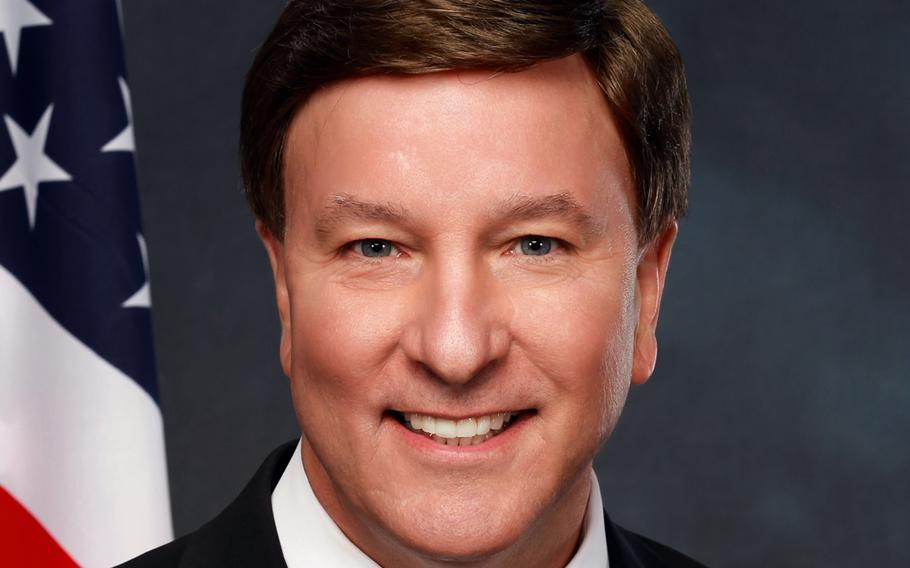 WASHINGTON – Two key architects behind a push for a new Space Corps said the new military command faces an uphill battle, but they estimate it could be in place in the next three to five years.

Reps. Mike Rogers, R-Ala., and Jim Cooper, D-Tenn., both members of the House Armed Services Committee, made the comments during a forum on national space security at the Center for Strategic and International Studies, a Washington think tank.

During the wide-ranging conversation, Rogers and Cooper detailed the struggles in forming the service, from Air Force push back, to where the new Space Corps would be formed, to the inability to share classified information that they say would make the urgent case to implement the plan.

“The situation we are in as a nation, the vulnerabilities we have to China and Russia, I’d like for the American public to know more,” said Rogers, chairman of the House Armed Services subpanel on strategic forces. But “I can’t because I don’t want to go to jail for leaking classified info. But we’re in a really bad situation… It’s disturbing we can’t let more people know because there would be a cry from the American public for us to fix this situation.”

The lawmakers won approval for their Space Corps proposal from the House last year under negotiations for the 2018 National Defense Authorization Act. However, the Senate rejected the plan and instead directed for a study, which is due in December.

“In fairness, the Senate Armed Services Committee hadn’t been as focused on this,” Rogers said. “They weren’t saying this is a terrible idea. They were saying this is real big, real fast.”

The new service is critical as Russia and China seem to be moving ahead of the United States in the race for space security, Rogers and Cooper said.

Last year, military leaders warned lawmakers that the two countries are near peers, if not peers, when it comes to the national space security.

“We’ve allowed that capability to atrophy at the same time our adversaries have recognized it’s a vulnerability,” Rogers said. “They have weaponized space while we haven’t. So these things shocked our conscious. It gave us a sense of urgency.”

The Air Force is a key challenge facing the Space Corps, the lawmakers said.

And while Pentagon leaders such as Deputy of Defense Secretary Patrick Shanahan have shown support, a large share has not, argued Cooper, the ranking Democrat for the House Armed Services subpanel on strategic forces.

Among the leaders who expressed opposition to the plan last year was Defense Secretary Jim Mattis.

“We just need the bureaucracy, the brass, the official folks to get on board with enthusiasm, with speed, with clarity,” Cooper said.

Rogers and Cooper said there is a cultural shift needed at the Air Force to accept the future of defense. Discussions were held up with minor details, such as the look of the new Space Corps uniforms.

“Who cares if our brilliant scientists have tattoos and body piercings? What matters is capabilities,” Cooper argued.

“That’s the silliest thing in the world. It’s the Air Force. Air Force’s got blue uniforms? Make the Space Corps black. Everything else be the same except instead of wings you have an orbit or something. Done. It’s over,” Rogers said. “They talk about these uniforms like that’s a big reason not to deal with this national security space problem that we’ve got.”

Cooper said it’s unfortunate that while billionaires such as Elon Musk make major strides in space, the military has fallen woefully behind.

“I’m personally embarrassed that it takes the play things of a couple of billionaires to help us improve, to make our launch capabilities more affordable. Shouldn’t happen that way,” he said. “The Air Force has had amazing budgets for a long time, they do a lot of things and they end up being unenthusiastic about drones because they are not piloted aircraft? Give me a break. Historians will not be kind when we look back at this period. So let’s get on the right side of history here. We have a chance. We have a window. Let’s not blow it.”

The Space Corps is intended to be drawn out of the existing Air Force, but would operate independently while not requiring new facilities or other major upfront costs, the lawmakers have said.

The approach would help overcome bureaucracy in the Air Force’s acquisition systems. But the plan will also mean overcoming a steep cultural battle as well, the lawmakers said.

“The Air Force, culturally, they’re so indoctrinated in the way they do things that they can’t make themselves to do it differently,” Rogers said. “Once we have the Space Corps segregated, we can start with a clean sheet on what that acquisition system will look like and make sure it doesn’t get blown up with bureaucracy.”

For example, military leaders have said it can take eight to 10 years to put up new space capabilities, while the private sector can do it in a matter of months, Rogers said.

The Air Force has proved to be formidable opponent to the plan, and Rogers and Cooper said cooperation from the service could go a long way now.

“The first thing they could do is come out of denial, admit we got a problem and then we got to fix it and work with us instead of fighting us,” Rogers said. “The Air Force has spent the last year on Capitol Hill fighting Congress, trying to keep us from meddling in this issue. We have a job to do: vigorous oversight. If we find any service is not getting their job done, it is our job to get after it. I want them to start working collaboratively with us towards some answers.”

One concern, the two lawmakers said, is the over-classification of critical information showing the progress Russia and China have made in space. The White House could take leadership on this role, Rogers said.

He joked the message could be delivered to President Donald Trump via television.

“If any of you can get on cable TV, apparently the president watches that,” Rogers said.