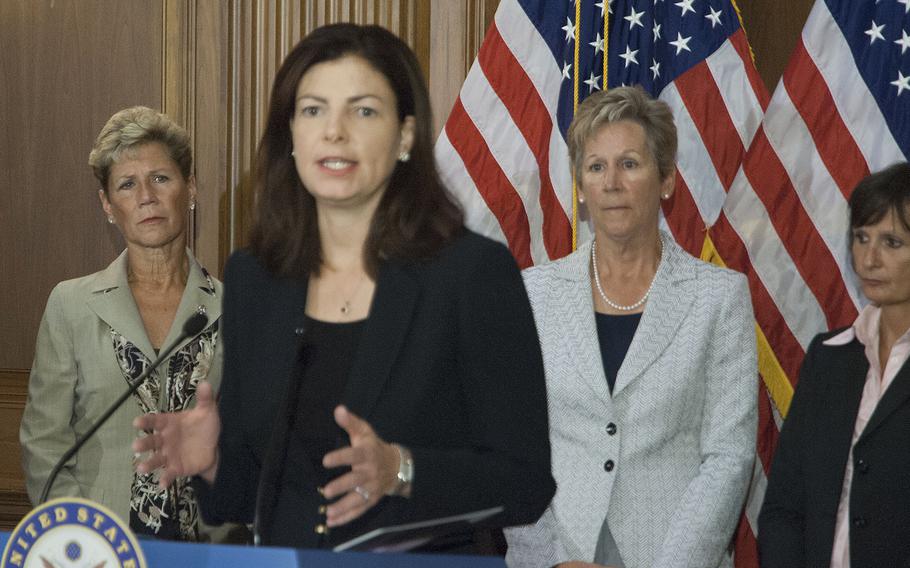 WASHINGTON — Senate supporters of a scaled-down measure dealing with sexual assault in the military fought back against their portrayal as uncaring obstructionists Thursday, saying their proposal is the best option for both victims and the service.

“The only way to hold command accountable is to make them responsible, not to completely remove their responsibility,” said Sen. Claire McCaskill, D-Mo. “That’s a recipe for disaster.”

For weeks, lawmakers on Capitol Hill have been debating widespread changes to how military sexual assault cases are investigated, prosecuted and punished, in response to a series of high-profile gaffes and discouraging reports focused on past cases.

On Wednesday, Senate Armed Services Committee Chairman Carl Levin, D-Mich., pushed back against a proposal to strip military commanders of their responsibility to prosecute serious crimes, instead handing those decisions over to prosecutors outside the chain of command.

That idea, championed by Sen. Kirsten Gillibrand, D-N.Y., has earned praise from sexual assault advocates and a number of lawmakers, but also has drawn fierce opposition from military commanders.

Levin, who has been calling instead for a better appeal process when commanders fail to pursue a court-martial, called the Gillibrand plan short-sighted and possibly harmful to sexual assault victims.

Instead, he supports an automatic review by the civilian service secretaries of cases in which commanders ignored legal recommendations for court-martial on serious crimes.

On Thursday, McCaskill joined fellow senators and a panel of retired female military legal officers to echo that approach, saying that taking sensitive cases out of the chain of command could lead to fewer prosecutions and more retaliation against victims.

“Everything within the military happens within the chain of command,” said Sen. Kelly Ayotte, R-N.H. “It’s hard to hold someone accountable for a failure to act when you take away the responsibility to act.”

Earlier this week, the advocacy group Protect Our Defenders began buying ads targeting McCaskill for her stance on the issue, saying her position abandons victims of rape in the ranks.

McCaskill bristled at that assertion, saying “no one in the Senate has cried with victims of sexual assault more than I have.”

She said the two sides have more in common than the public spat indicates. Both are pushing for mandated dishonorable discharges for all sexual assault convictions, more punishment for commanders who fail to follow up on sexual assault allegations, increased victim legal support and no statute of limitations for rape cases.

McCaskill said there is “an honest difference of opinion” on the other legal issues, but also emphasized that “our bill is not just the status quo.”

In a statement after the press conference, Gillibrand said leaving sex assault cases in the chain of command would do nothing to address “the systemic fear” military victims face.

She accused critics of her plan of oversimplifying the problem and trusting a military system that has consistently failed to address sexual assault and harassment in the past.

A vote on the matter, which will be included in the annual defense authorization bill, isn’t expected until September.