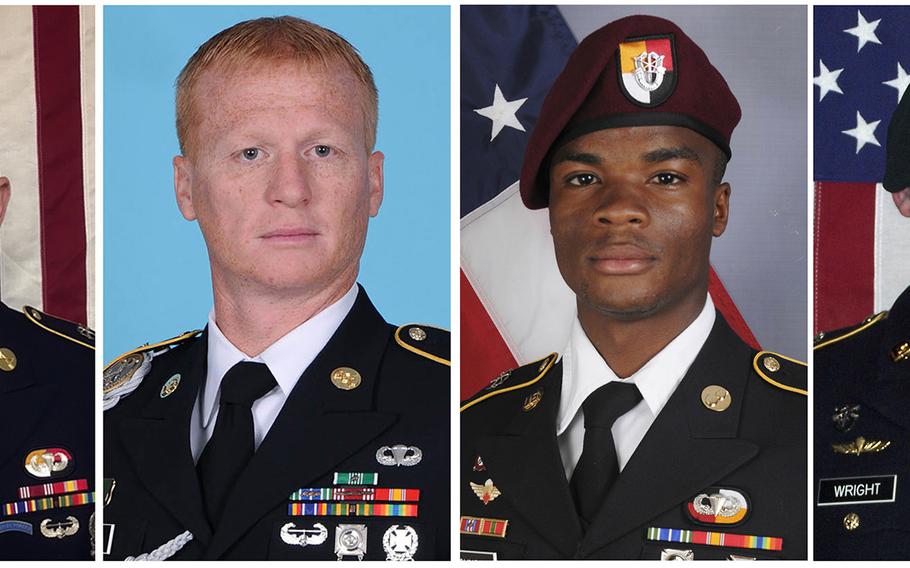 Democratic lawmakers want the White House to provide more information about the October ambush in Niger that left four U.S. soldiers dead as pressure mounts on the military to provide a full accounting of the attack.

Rep. Elijah E. Cummings, the ranking Democratic member of the House Oversight Committee, called upon Republicans on Wednesday to join an effort to seek a wide range of documents from the Trump administration on what it knows about the Oct. 4 ambush.

Defense Department officials provided Congress in November with a classified briefing during which military officials laid out their understanding of the operation’s timeline. But key questions remain about the mission, its timeline, and White House knowledge of the operation and its aftermath, lawmakers said.

“As a result, it is now clear that, in order to conduct our investigation in a thorough manner, we need information that only the White House can provide,” Cummings wrote in a letter Wednesday to Rep. Trey Gowdy, the Republican chairman of the Oversight Committee.

What is not disputed is that a small U.S. special operations team led by a captain came under attack in a remote swath of terrain in western Niger where military officials say they were conducting an advise-and-assist mission.

However, a report by The New York Times, citing unnamed sources, said the operation was more than a routine patrol. The soldiers were given a surprise order to seek out a terrorist camp, which extended their mission longer than had been anticipated and put the team at risk, the Times reported.

They eventually came under attack, outnumbered and outgunned as militants unloaded with small arms, machine guns and rocket-propelled grenades. Staff Sgts. Bryan C. Black, Jeremiah W. Johnson, La David Johnson and Dustin M. Wright were killed in the fight. According to video surveillance obtained by the Times, the soldiers appear to have been separated from the rest of their team on the ground.

In the wake of the attacks, some members of Congress expressed surprise that substantial numbers of U.S. forces were operating in Niger, home to various militant groups, but none that have demonstrated a clear threat to the United States. There are about 800 troops in Niger.

Since the ambush, a team of U.S. Africa Command investigators has been reconstructing events to determine what went wrong. A report was initially expected to be released in January, but work continues on the document, which is expected to be several thousand pages long.

“Investigations such as this take as long as required to get to the truth and determine exactly what transpired in a particular circumstance,” said Maj. Karl Wiest, an AFRICOM spokesman. “Although time is very important, investigations are conducted to a standard not necessarily to a timetable.”

AFRICOM commander Gen. Thomas Waldhauser is expected to testify before Congress in March as part of an annual appearance by Combatant Command chiefs to update lawmakers on their respective areas of operation. Questioning about the ambush in Niger is likely to be at the top of the agenda.