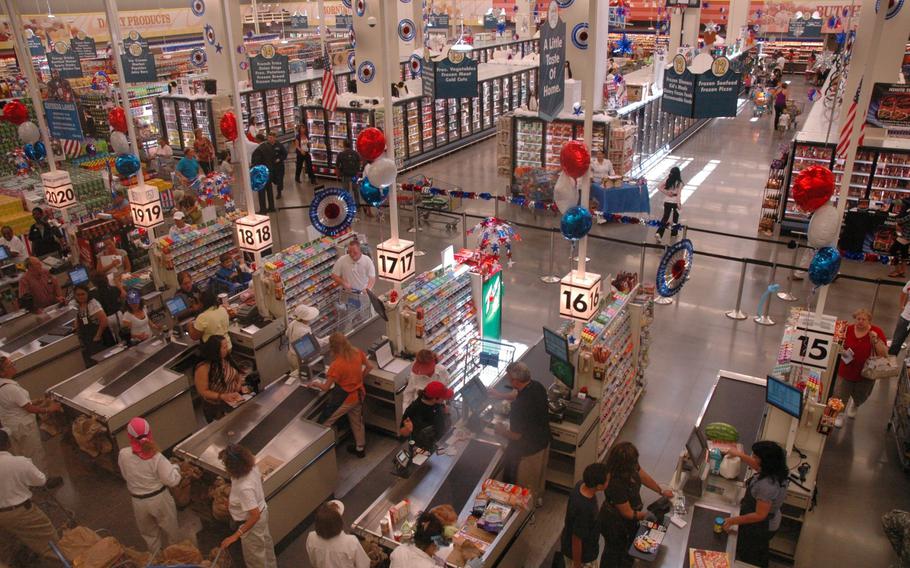 A legislative effort is underway that would give low-income servicemembers and their families access to federal food assistance programs. (Defense Commissary Agency/Facebook)

A legislative effort is underway that would give low-income servicemembers and their families access to federal food assistance programs. (Defense Commissary Agency/Facebook) WASHINGTON — A bipartisan group of senators is pursuing a legislative effort that would give low-income military servicemembers and their families access to federal food assistance programs, a concern that has impacted more than 20,000 people in recent years.

Because of a quirk in the law, some servicemembers can be disqualified from programs such as the Supplemental Nutrition Assistance Program, or SNAP, which might be more widely known as “food stamps.” Servicemembers can be considered ineligible because of certain military pay, such as housing benefits.

A new legislative proposal introduced by Sens. Tammy Duckworth, D-Ill., Lisa Murkowski, R-Alaska, and Tom Udall, D-N.M., would help such military families struggling to pay for food, they said Friday in an announcement.

“Our military is weakened when servicemembers go hungry and are unable to feed their families,” said Duckworth, a combat pilot veteran who lost both legs in the Iraq War. “As someone whose family depended on food stamps after my father lost his job, and who served in uniform for most of my adult life, this is personal for me. We are the wealthiest nation in the world. Our servicemembers shouldn’t be forced to rely on food stamps to feed themselves – but at the very least, we must ensure that those who need food stamps have access to them.”

A 2013 Census Bureau survey found about 23,000 active-duty servicemembers depend on food stamps, the senators said. A Government Accountability Office report found servicemembers spent roughly $21 million in SNAP benefits between September 2014 and August 2015, “indicating that many servicemembers are having difficulty making ends meet,” they said.

The military has not collected data on how many military families struggle with hunger, making it difficult to determine the overall scope of the food insecurity problem in the services. However, the 2018 National Defense Authorization Act, which directs policy for the military, will require the Pentagon to finally collect the data to determine how many servicemembers rely on federal hunger assistance programs.

Udall called the effort to provide members with the resources that they need a “solemn obligation.”

“Military families across the country are struggling with food insecurity – and at the same time facing down unacceptable and unnecessary barriers to accessing the Supplemental Nutrition Assistance Program,” he said. “Our troops should not have to worry that their families are well fed. Congress should live up to its promise to servicemembers and pass this common-sense legislation to remove needless roadblocks preventing military families from being able to put food on the table.”

The Military Hunger Prevention Act fixes language in federal law and eliminates inconsistencies that prevent servicemembers in need from accessing the federal food assistance programs, the senators said. A flaw in federal law often forces such military families to instead rely on food pantries and food banks for emergency assistance “when the nation they are serving owes them much more,” they said.

“Our military families have enough to worry about as they defend our nation’s security,” Murkowski said.

The legislative proposal has been endorsed by several advocacy groups, including MAZON: A Jewish Response to Hunger, the Greater Chicago Food Depository, the St. Louis Area Foodbank, the National Military Families Association, Blue Star Families and the Western Center on Law and Poverty. “Food insecurity among currently serving military families is a real but preventable reality,” MAZON President and CEO Abby Leibman said. The legislation “will remove a major barrier that prevents tens of thousands of military families from putting nutritious food on the table.”