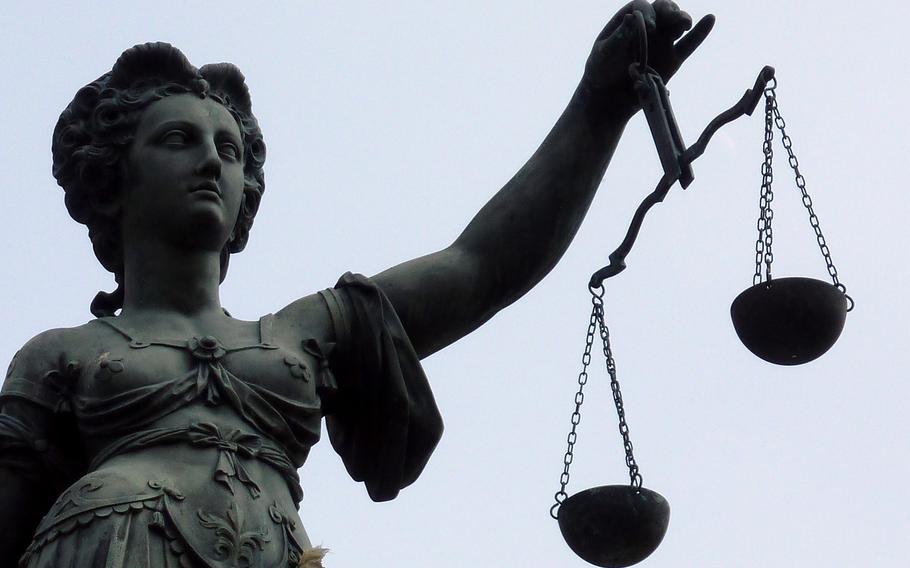 The Pentagon must now track race and ethnicity in military court criminal sentencings to address disparities, according to a provision in the 2020 National Defense Authorization Act just passed by Congress. (Stars and Stripes)

The race, ethnicity and gender of service members accused of crimes must be tracked so that the armed services can root out possible disparities in the military justice system, according to the 2020 National Defense Authorization Act just passed by Congress.

The legislation, expected to be signed by President Donald Trump, calls for reforms after a government investigation found that the rate at which men and some minorities were investigated and tried for crimes was disproportionate with their representation in the military.

The NDAA will require Defense Secretary Mark Esper within 180 days after the act is signed into law to direct the services to detect and address the disparities.

The services must record the race, ethnicity and gender of the victim and the accused in every court-martial, and that data must be included in annual military justice reports, the NDAA states.

The military also must establish criteria to determine when data indicates bias in the military justice process.

The secretary of defense, in coordination with the service chiefs, must then “conduct an evaluation to identify the causes of any racial, ethnic, or gender disparities in the military justice system” and “take steps to address the causes of such disparities.”

There is no distinction made in the bill between gender, which is sometimes defined in terms of social identity, and sex, which denotes biological characteristics.

The reforms were spurred by separate investigations conducted by the Government Accountability Office and the military justice advocacy group Protect our Defenders.

However, the disparities made little difference in terms of convictions.

“Race was not a statistically significant factor in the likelihood of conviction in general and special courts-martial,” the GAO said.

The GAO review was prompted by a 2017 report by Protect Our Defenders that first put a spotlight on the issue, finding that black service members were “substantially more likely than white service members to face military justice.”

The NDAA also includes other military justice reforms, such as a provision that allows service members harmed because of malpractice by a military doctor to seek compensation from the federal government.