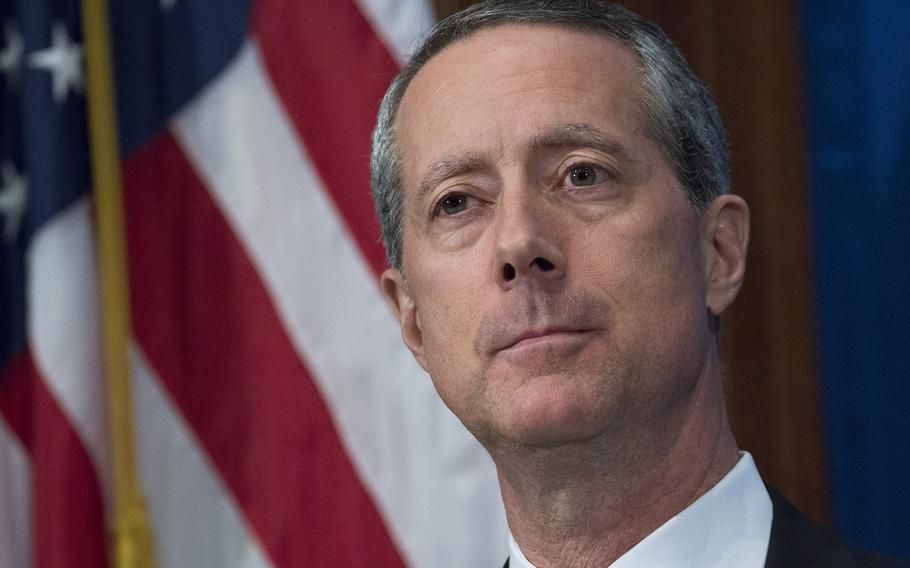 WASHINGTON – A renewed push to overhaul the military’s Tricare health insurance system is underway in Congress, but it remains a daunting task for lawmakers.

Rep. Joe Heck, R-Nev., who is leading the effort in the House, said fixing the troubled benefit might take numerous pieces of legislation that play out for years.

His military personnel Armed Services subcommittee has already held hearings and sent staff to military facilities to gauge the various problems facing Tricare, an insurer with 9.5 million beneficiaries, and such activity is set to ramp up as Congress focuses on reform in 2016.

Lawmakers pushed the issue to the side last year and instead pumped their energy -- and managed to pass -- an historic overhaul of the military retirement system. With Tricare now on the front burner, changes could range from tweaks that improve access for military families to a complete shift to a privatized system of health coverage options.

“I think Tricare reform is going to be an iterative process,” said Heck, who is a brigadier general in the Army Reserve. “I don’t think it’s going to be a one-time bill or a one-time [National Defense Authorization Act, the annual defense policy bill] that’s going to make all the reforms that are necessary.”

An independent, blue-ribbon panel created by Congress warned last year that Tricare is stuck in a “death spiral” making it more difficult for military families to get care.

The system has been veering toward less options for care and shrinking access for two decades. It is now far behind other networks in its number of providers and ability to incorporate new types of medical care, according to the Military Retirement and Compensation Modernization Commission, which also made recommendations to lawmakers.

The commission proposed a health care allowance for servicemembers, military families and retirees, and access to an expanded network of about 250 health coverage plans, which is similar to what federal employees are now offered. It would improve access and quality of care but also raise average annual health insurance premiums from about $500 to more than $1,700 during the next 15 years, the commission found.

Military advocacy groups are wary of the idea and have instead favored keeping Tricare and making selective changes to improve health care options and access.

“It will be extremely daunting, no doubt about it,” Heck said.

Rep. Mac Thornberry, R-Texas, chairman of the Armed Services Committee, criticized President Barack Obama’s administration this week for trying to fix Tricare with “year after year” of fee increases. The House had opposed increases in prescription medicine copays passed into law last year as part of the NDAA but lost to the Senate, which supported them.

“Simply taking more money out of [servicemembers’] pockets is not reform,” Thornberry said Wednesday as he laid out his legislative vision for 2016. “Joe [Heck] and his subcommittee are examining the whole military health care system, taking into consideration the findings of the commission, but making sure they keep in mind the primary purpose of military health care is to enable us to fight and win the nation’s wars.”

Lawmakers will be delving into sensitive territory for troops and their families.

The Tricare benefit and health care are among the top concerns for people serving in the military, said Steve Strobridge, director of government relations for the Military Officers Association of America.

“The main thing is making sure we know what we are doing and you don’t throw the baby out with the bathwater,” he said.

He agreed any changes to the insurance system likely will be complex and daunting. But Strobridge said the main problems are difficulties for Tricare Prime beneficiaries seeking timely appointments and specialty care referrals, and National Guard and reserve troops who are left with a “hodgepodge” of Tricare coverage options.

Otherwise, Strobridge said the system is working fairly well and any effort to make major changes will be personal for the millions who depend on Tricare.

“Anytime you approach anybody and say I’m changing your health care system from what you’re used to it’s traumatic,” he said.