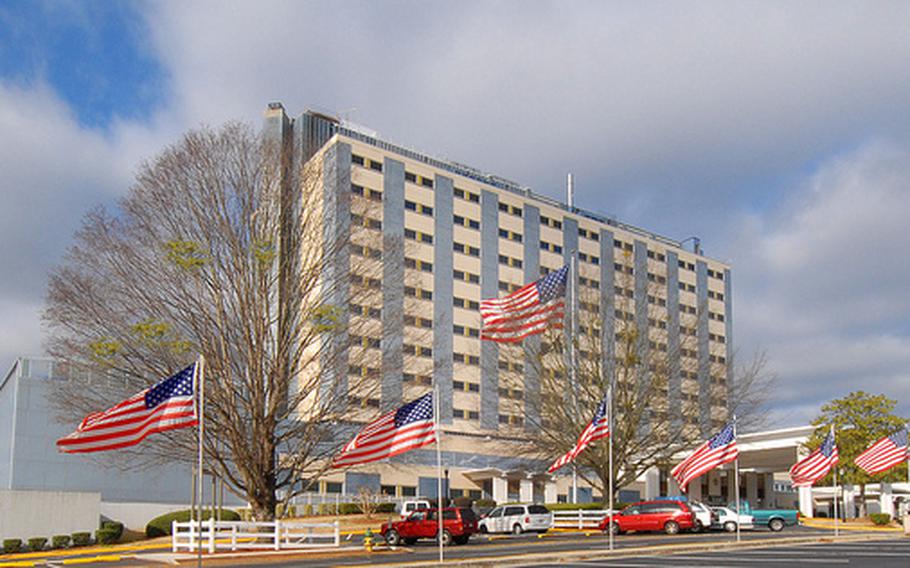 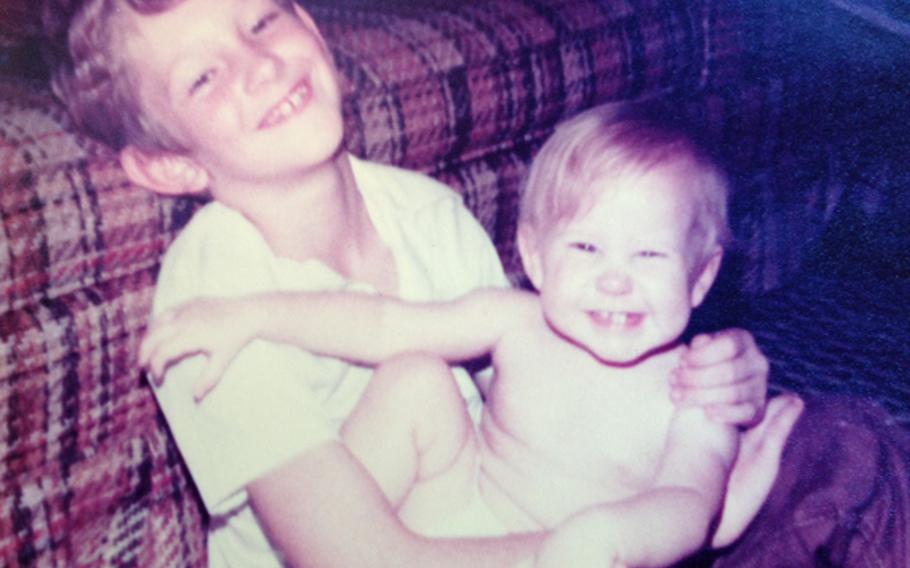 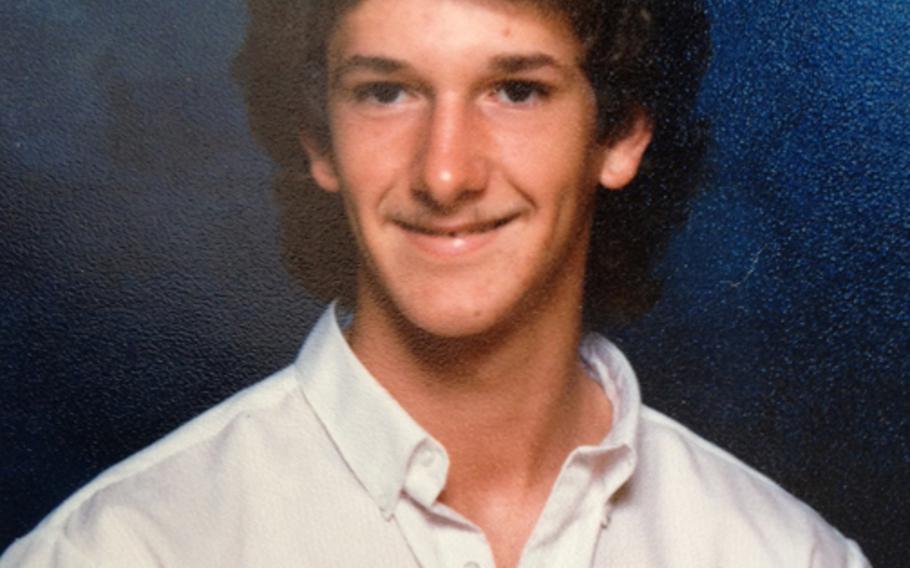 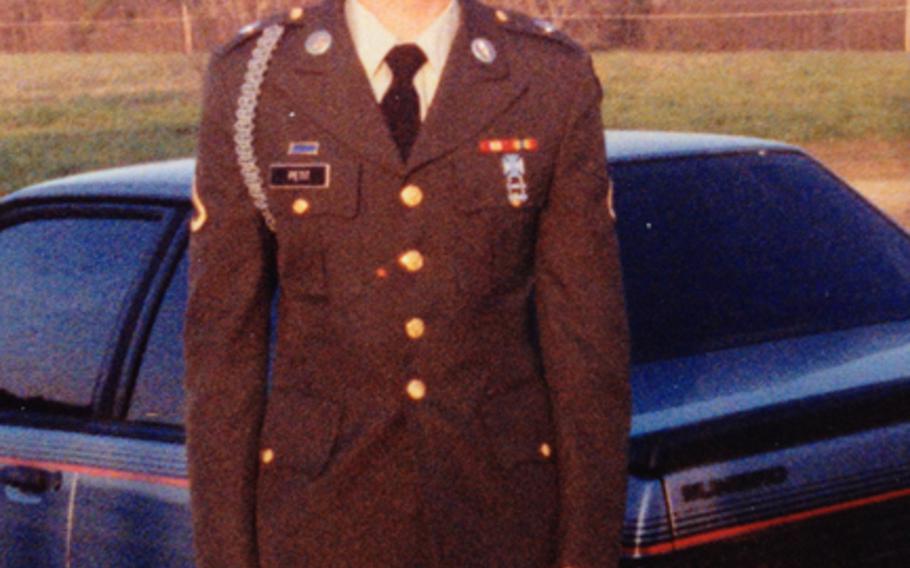 Pfc. Joseph Petit injured both knees performing parachute landing falls during airborne training in March of 1991. For approximately 20 years, he suffered through the pain before seeking help at the VA. He went in with knee pain and depression and came out on a litany of powerful drugs that made him hallucinate. Petit killed himself at the Atlanta VA Medical Center in Decatur, Ga. in November 2012, one of at least 31 preventable veteran deaths reported nationwide. Recent legislation proposed in Congress seeks to make it easier to punish the VA officials reponsible. (Photo Courtesy of the Petit Family)

Joseph Petit went to the VA hospital for knee pain and depression and came out on a litany of powerful drugs that he said made him hallucinate.

He repeatedly asked doctors for help with the side effects, but he said they gave him more antipsychotics, antidepressants and anxiety drugs that made him feel worse.

Petit told his sister that he heard voices and felt bugs crawling under his skin. To keep from harming his family, he would chain himself up in his room at night, according to Brandie Petit.

“I understand matters of the brain are extremely delicate,” she told Stars and Stripes last month. “But my brother was not crazy before that medicine.”

In November 2012, Petit went into the Atlanta VA Medical Center in Decatur, Ga. He was hearing voices and was afraid he would harm his mother, Sandra, with whom he lived.

Petit was discharged from the emergency department and told to see his regular psychiatrist, according to the medical examiner’s report obtained by Stars and Stripes.

He never left the hospital.

Petit’s body was found the next day in an eighth-floor bathroom. He had put a plastic bag over his head and asphyxiated himself in his wheelchair.

His death is one of four preventable patient deaths at the Atlanta VAMC and one of at least 31 nationwide, part of a growing systemic breakdown in care at Department of Veterans Affairs facilities, according to House Committee on Veterans’ Affairs Chairman Rep. Jeff Miller and the committee’s VA Accountability Watch website.

A VA inspector general report regarding the Atlanta VAMC from April 2013 found mismanagement and a lack of oversight of the mental health department. It also substantiated allegations that there was inadequate coordination, monitoring and staffing for oversight of mental health patient care.

Atlanta VAMC officials did not respond to requests from Stars and Stripes seeking comment.

In February, Miller and Sen. Marco Rubio, R-Fla., introduced the VA Management Accountability Act of 2014 in the House and the Senate, respectively. The legislation by the Florida Republicans would give the VA secretary complete authority to fire or demote VA Senior Executive Service or equivalent employees based on performance — the same authority members of Congress have to fire their own staffers. Congress would then be notified for purposes of oversight.

The legislation was introduced Feb. 11 and the committee heard stakeholder opinions during a March 25 hearing. It has 40 co-sponsors from both parties and the support of the major veterans service organizations. House Speaker John Boehner, R-Ohio, joined GOP leaders and representatives of several veterans’ service organizations Thursday in the Capitol to discuss the legislation.

“There are some serious problems over at the VA,” Boehner said during the news conference, and the legislation is “another tool” to hold VA facilities accountable.

“What’s missing from the equation is not money or manpower, it’s accountability,” Miller told Stars and Stripes.

VA officials in Washington declined to provide details regarding Petit’s death but said they met with his sister March 8 to discuss the path forward.

“The Department of Veterans Affairs is committed to providing the care and benefits Veterans have earned and deserve,” VA spokesman Drew Brookie said in a statement to Stars and Stripes. “One suicide of a Veteran within our care is one too many. When an incident occurs in our system we aggressively identify, correct and work to prevent additional risks.”

Injury shattered dreams Joseph Petit was born in 1970 and raised with faith and “old school values,” his sister said.

“It was great being around him,” Brandie Petit said. “He was extremely compassionate. He was always trying to help somebody.”

Petit wanted to join the Army, to go airborne to be “the best of the best,” she said.

Petit, who once had a 40-inch chest and was in such good shape that his sister said she thought he resembled Sylvester Stallone — enlisted as an infantryman in 1990.

He got through basic and was scheduled to attend Airborne Training and Ranger Indoctrination Training before being assigned to a Ranger Battalion, according to a letter he wrote to then-Congressman Newt Gingrich in May 1992 that would later be entered into House testimony.

Then his world collapsed.

In the letter to Gingrich, he complained that he had not been examined by an orthopedic surgeon until more than six months after his injury.

The doctor would not allow a second opinion, corrective surgery, arthroscopy or magnetic resonance imaging, Petit wrote in the letter. He was being separated with a 10 percent disability rating, which entitled him to about four months’ pay and VA benefits.

Petit asked for help in getting his knees repaired, and said if possible, after surgery, he wanted to continue to serve in the Army.

“I still aspire to be an Airborne Ranger,” he wrote.

He never got help with his knees.

For about 20 years, Petit sought help through various outlets before trying the VA, his sister said. But as Petit got older, the pain appeared to be gaining the upper hand, his sister said. He became depressed as he spent more and more time in a wheelchair.

Petit’s VA doctors told him that the knee pain was in his head — somatoform pain disorder, according to the medical examiner’s report — where depression and stress manifest as chronic pain.

In September, the House Committee on Veterans’ Affairs held hearings on preventable deaths and other VA issues. In her testimony, Brandie Petit described how her brother was treated for trying to get help one day without an appointment.

“The VA police physically removed Joseph and put a standing order into place to arrest him if he showed up again without an appointment,” she said.

But Petit wanted to stick with the program.

He wanted to stop taking the medications, she said, but he worried they would stop treating his knees if he did.

He spoke of suicide No matter how much Petit tried to keep what was happening from his family and friends, things were getting worse, she said.

At the hospital, Petit spoke of trying to asphyxiate himself with a plastic bag during appointments, according to the medical examiner’s report.

He told friends that VA officials ignored him when he said he had thought about killing himself. Once before, he went into the bathroom at the VA and tried to asphyxiate himself, but he was found unconscious.

The VA changed some of his medication and sent him home after a week or so, according to House testimony.

Questioning VA leaders “I know he did what he did, where he did, when he did, for a reason,” Brandie Petit said. “He didn’t get the help he needed.”

Miller first heard of Petit’s case in May 2013 after an oversight visit to the Atlanta VAMC, he said.

He asked a room full of its leaders if there were other issues that Congress needed to know about. They didn’t tell him about the Petit case until “minutes” before it hit the local press four days later.

“Seeing VA’s handling of the incident made me think, ‘If this is what it takes for VA leaders to be honest with Congress about what’s happening at their facilities, you can’t help but question how they operate when they think no one is paying attention,’ ” he said.