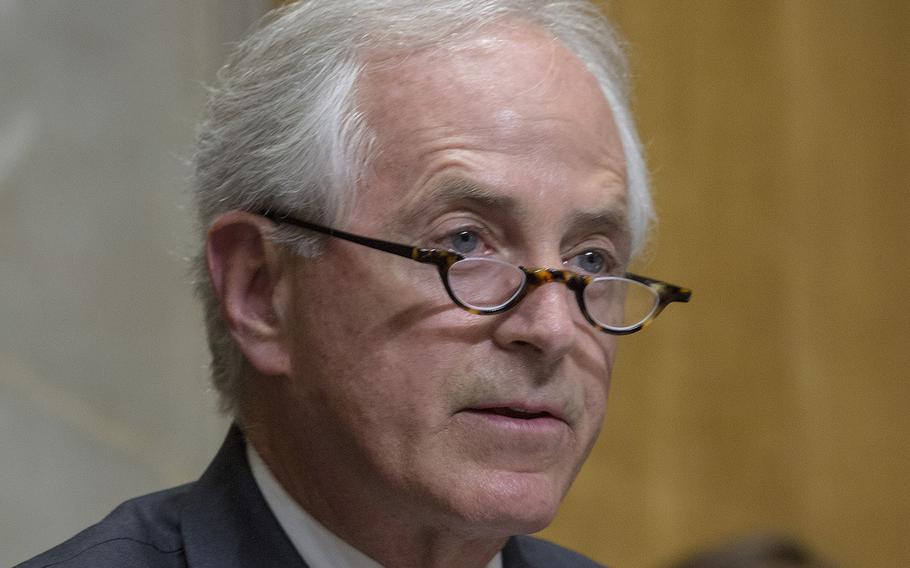 Buy Photo
Sen. Bob Corker, R-Tenn., chairman of the Senate Foreign Relations Committee, at a hearing in October, 2017. The committee held a hearing Sept. 5, 2018, examining growing threats from Russia, with the focus on NATO’s value. (Stars and Stripes)

Buy Photo
Sen. Bob Corker, R-Tenn., chairman of the Senate Foreign Relations Committee, at a hearing in October, 2017. The committee held a hearing Sept. 5, 2018, examining growing threats from Russia, with the focus on NATO’s value. (Stars and Stripes) 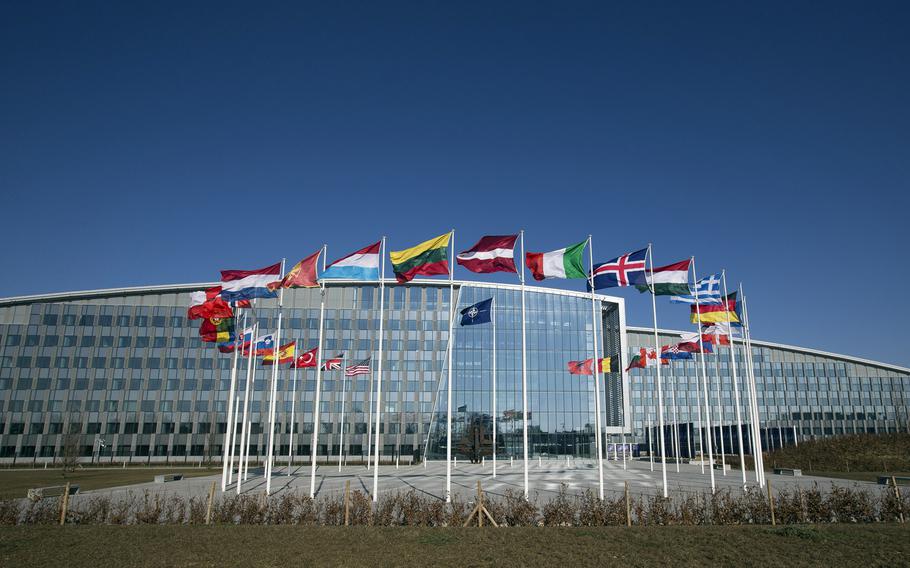 NATO said it is considering a proposal to rename the alliance's new Brussels headquarters after the late Sen. John McCain. (Courtesy of NATO)

The comments were a rebuke to President Donald Trump’s stance that NATO and its partner nations have fallen short of their commitments.

In a NATO summit meeting in July, Trump issued a series of insults about the alliance and its members, and later told Fox News that the nation of Montenegro, which has about 630,000 residents, could trigger World War III.

“In a world where various forces are eroding democracy and the rules-based international order, it is a core interest of the United States to bolster and strengthen alliances like NATO, a guarantor and the cornerstone of peace for Americans in the trans-Atlantic region for 70 years,” Sen. Bob Menendez, D-N.J., said during the hearing. “Unfortunately, President Donald Trump clearly takes a different view. He has questioned the value of the alliance to the United States and said that NATO was ‘helping Europe more than it was helping us.’”

The hearing was the third for the Senate Foreign Relations Committee in a series examining growing threats from Russia, with the focus Wednesday on NATO’s value.

Sen. Bob Corker, R-Tenn., chairman of the committee, said he hoped the hearing would make clear NATO’s critical value to the United States and the committee’s support for NATO. Corker called the July NATO summit a “low point” following Trump’s criticism of the alliance.

NATO has “proven itself to have value and substantial value at that,” Haass told the committee. “The Cold War stayed cold, until it ended on terms even optimists had trouble envisioning. There’s been no armed Russian aggression against any NATO member.”

Corker said he supports every NATO nation meet its 2 percent spending requirement on defense, but he said weakening the alliance is not in the best interest of the United States. NATO is especially critical now with growing aggression from Russia “not seen since the Cold War,” Corker said.

“It’s our vital alliance, and it’s still relevant and the key factor in trying to contain Russian power and we’ve seen that emerge… over the last 8 years,” said Nicholas Burns, a former U.S. permanent representative to NATO and undersecretary of State for political affairs. “I also think of NATO allies as indispensable force multipliers for…American power.”

By questioning the NATO alliance, purposely using false information to turn public opinion against the alliance, and casting doubt on Article 5, the NATO directive that an attack on one partner nation is an attack on the alliance, it invites rivals to question it and undoubtedly weakens NATO, Corker said.

“And, of course, this, in turn, plays right into the hands of [Russian President] Vladimir Putin,” he said.

Since 1949, NATO has been a vital building block of American security, Corker added. It has linked the United States with Europe and Canada through mutual defense, shared interests and basic values, he said.

“Our partners stood ready during the height of the Cold War and stood with the United States following the Sept. 11 attacks on our nation – the only time in the 69-year existence of the alliance that Article 5 has been invoked,” Corker said. “We spend less than one percent of our overall defense budget on NATO itself. And even if we were to add up all of the costs associated with European security, our forward presence, missile defense, and security assistance, it totals just 5 percent of our defense spending. And while it is true that not all NATO allies are meeting their commitments, it’s not reason to bash it.”

NATO is a very good investment for U.S. national security, he said.