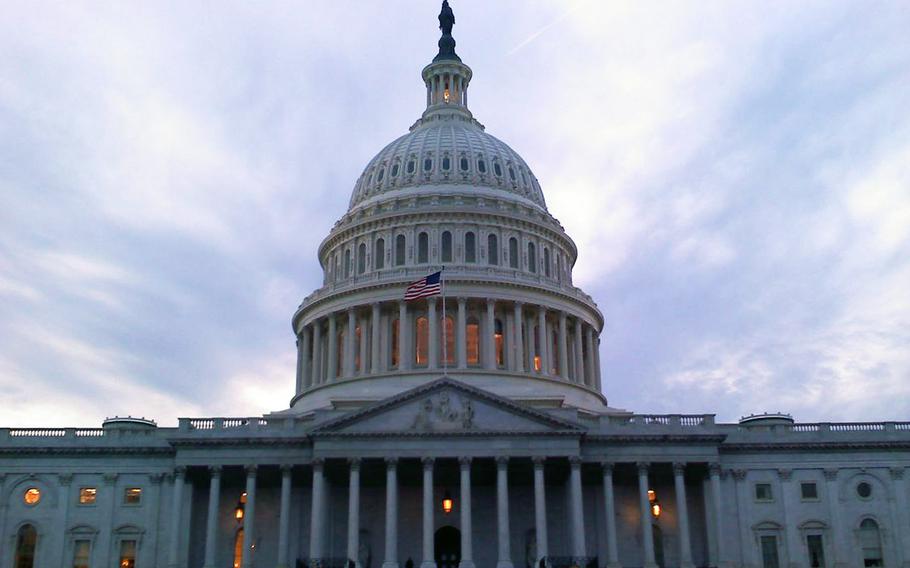 WASHINGTON — Congressional military committee leaders on Monday unveiled an expedited process for a new, $632.8 billion defense bill for 2014, bowing to a calendar crunch and pressure from the Pentagon.

Both Levin and Inhofe emphasized they were unsatisfied with the quick approval process, but said they had no choice, since the House is scheduled to adjourn Friday for the rest of the year, leaving no time for conference talks.

“This is the only path to a bill,” Levin said. “There is no alternative.”

Without congressional approval of a new bill, a long list of special pay categories for servicemembers will expire Dec. 31. In addition, the Pentagon is bracing for another round of forced spending cuts by mid-January, although there were signs that House and Senate writers of the broader federal budget were near an agreement Monday that could avert the cuts and actually restore some funds to the Defense Department.

Monday’s development had been urged by the chairman of the Joint Chiefs of Staff, Army Gen. Martin Dempsey, in a letter to House Speaker John Boehner, R-Ohio, and Senate Majority Leader Harry Reid, D-Nev. Dempsey said congressional inaction on a new bill threatens military readiness and only increases uncertainty in an era of continuing spending cuts.

The bill’s many provisions “are critical to the nation’s defense and are urgently needed to ensure we all keep faith with the men and women, military and civilian, selflessly serving in our armed forces,” Dempsey wrote to Reid and Boehner. Levin read the letter on the Senate floor.

Levin said the newer, shorter process would involve an initial House vote, followed by a Senate vote next week since it plans to stay in session until the 20th. He said negotiators blended the bills by simply focusing on ideas that had been approved and discarding the more-contentious issues.

“The bill that we’ve come up with is not a Democratic bill or a Republican bill. It is a bipartisan defense bill, one that serves the interests of our men and women in uniform and preserves the important principle of congressional oversight over the Pentagon,” Levin said.

The process means Congress won’t be asked to decide between two proposals for reforming sexual assault prosecutions in the military; one, by Sen. Kirsten Gillibrand, D-N.Y., would remove decisions from the military’s chain of command and another, by Sen. Claire McCaskill, D-Mo., would stop short of such a move. Defense officials had been objecting to the Gillibrand proposal.

But even without the McCaskill or Gillibrand proposals, Levin and Inhofe said the bill still contains 27 reforms to the military’s justice system, such as eliminating commanders’ ability to unilaterally overturn convictions, criminalizing retaliation against an accuser, providing a special counsel to alleged victims of sexual assault and reshaping how victims are treated during a trial’s discovery phase.

The bill does contain a controversial proposal to ease restrictions on transferring detainees from the U.S. military prison at Guantanamo Bay, Cuba, but retains a House prohibition on transferring them to the United States.

How to deal with such proposals help stall last month’s talks in the Senate, as Republicans had been pressing for an open amendment process. There are still approximately 500 pending amendments to the bill, including sanctions against Iran that are being opposed by the Obama administration while it continues delicate discussions with Iranian leaders.

Levin and Inhofe repeatedly emphasized they were forced into accepting the bill’s newer, quicker process.

“We are where we are,” Inhofe said. “We only have between now and Friday morning at 11 o’clock,” he said. “That’s it. Mechanically, if we are all going to embrace and love each other and agree to everything, it still couldn’t be done. There’s no way we could have a defense authorization bill this year.”

Waiting until January wasn’t an option either, Inhofe said, because of the expiration of special pay provisions.

Because a snowstorm had prevented many senators from returning to Washington on Monday, Reid canceled Senate floor votes that had been scheduled for the afternoon and announced the Senate would resume debate on the defense bill Tuesday.