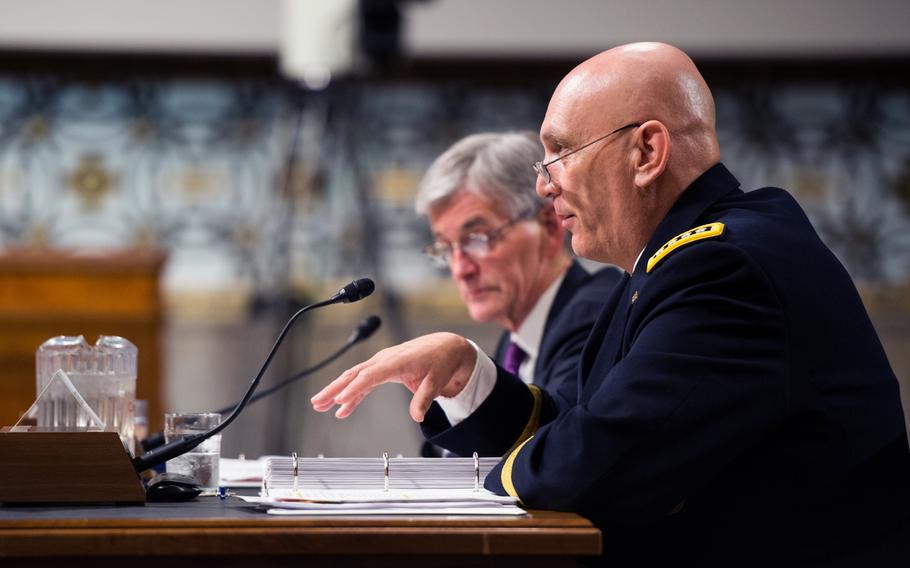 U.S. Army Chief of Staff Gen. Ray Odierno along with Secretary of the Army John McHugh testify to the U.S. Senate Committee on Armed Services on the posture of the Department of the Army at Capitol Hill in Washington, April 3, 2014. (Steve Cortez/U.S. Army)

U.S. Army Chief of Staff Gen. Ray Odierno along with Secretary of the Army John McHugh testify to the U.S. Senate Committee on Armed Services on the posture of the Department of the Army at Capitol Hill in Washington, April 3, 2014. (Steve Cortez/U.S. Army) 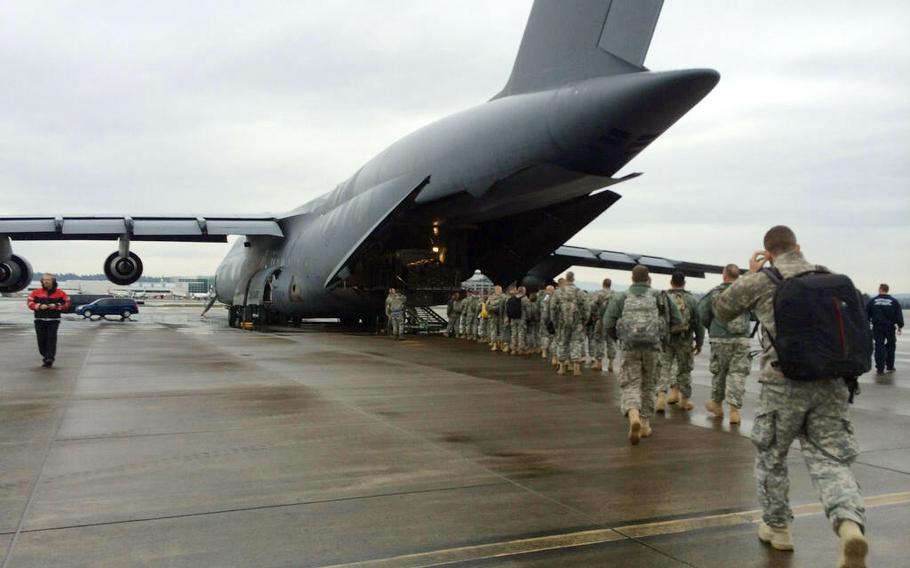 Members of Oregon's joint-service Air and Army National Guard board for a flight to Joint Base Elmendorf-Richardson, Alaska, April 24, 2014. (Betty Boyce/DOD)

Guard and reserve units are cheaper than active units and ought to be protected in a time of falling defense budgets, Sen. Susan Collins, R-Maine, said at a hearing of the Senate Appropriations defense subcommittee.

“As the military resizes following more than a decade of war, I believe the Department of Defense should place greater reliance on the more cost-effective reserve and National Guard components, not less,” she said. “We must make certain that we retain the important capabilities that the Guard represents.”

But the Army in fact plans to “disproportionately reduce our active forces” in favor of the Guard and Reserve, Army Chief of Staff Gen. Ray Odierno told legislators. By 2017, those components combined are set to surpass the active component in end strength — something that won’t be the case in any of the other services, he said.

But Odierno warned that if sequestration returns in 2016 after two years of relative reprieve thanks to a bipartisan budget deal, the active Army would draw down to 420,000. The Guard would shrink to 315,000 and the Reserve to 185,000, Odierno told senators. Such levels, he said, would prevent the Army from fulfilling the national defense strategy.

Another proposal that has drawn criticism from state and federal politicians alike is a plan to remake Army aviation.

AH-64 Apache attack helicopters would be pulled from guard squadrons and given to the active Army, which plans to get rid of hundreds of OH-58 Kiowa multiuse helicopters and transfer more than 100 UH-60 Blackhawks to the Guard.

The change, the Army says, would save some $12 billion in coming years and make Apaches more available to send quickly into battle. At the same time, Secretary of the Army John McHugh said Wednesday, it gives Guard units more ability to conduct disaster-relief and other operations in the United States.

“We know this is controversial, but we have no choice,” McHugh said. “The money is gone.”

But Subcommittee chairman Sen. Richard Durbin, D-Ill., cited a study suggesting the cost of a National Guard Apache squadron was only 42 percent of that of an active duty squadron.

It’s because they’re often at a lower state of readiness, with soldiers working civilian jobs, McHugh said. In Iraq and Afghanistan, active Apache squadrons deployed four or more times, while guard squadrons deployed an average of twice, he said.