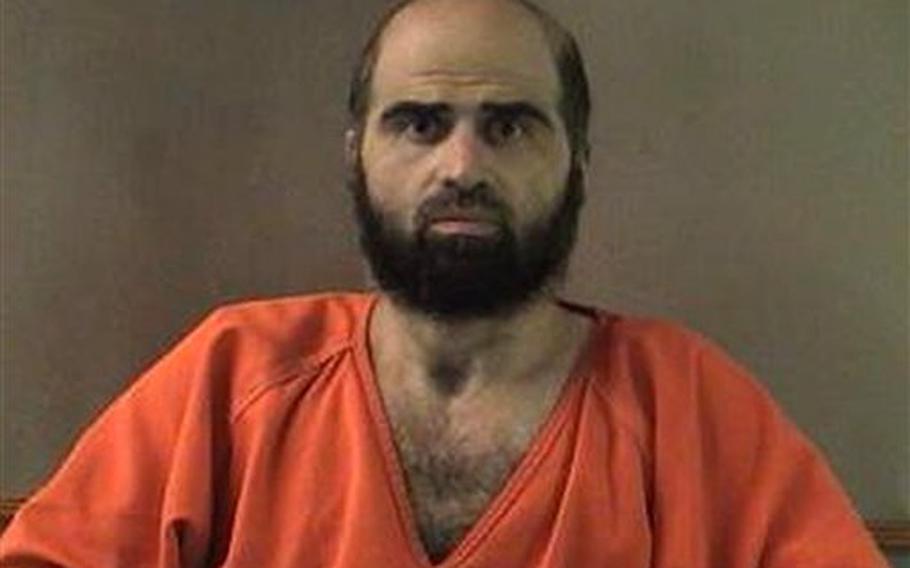 WASHINGTON — A trio of lawmakers is again pushing the Defense Department to classify the 2009 Fort Hood shootings as a terrorist attack, calling it a crucial step in helping the victims and their families.

Lawmakers and administration officials have fought over the designation for four and a half years, ever since 14 people were killed and 32 more were wounded in the shooting at the Texas base.

Numerous conservative lawmakers — and several Democrats — have chastised the administration for its reluctance to call the Boston attacks “Islamic terrorism” and referenced the Fort Hood attacks in their arguments.

Witnesses to the 2009 incident said the alleged shooter, Army psychiatrist Maj. Nidal Malik Hasan, shouted Muslim prayers as he gunned down fellow soldiers. He is still awaiting trial on murder and assault charges.

In a letter to Defense Secretary Chuck Hagel this week, the trio of House members — Tom Rooney, R-Fla.; Chaka Fattah, D-Pa.; and Frank Wolf, R-Va. — say the decision in the days following the attack to treat it as a workplace violence incident rather than a terrorist incident “has since resulted in an embarrassing lack of care and treatment by our military for the victims and their families.”

They want the tragedy formally classified as a combat-related attack, which would make the victims and their families eligible for additional payouts and the Purple Heart. Survivors of the attack have said they could see up to $800 more a month in disability pay if the attack was considered a combat injury.

But lawmakers have tried and failed each of the last three years to classify the attack as terrorism or a combat incident. White House and Pentagon officials have said doing so could compromise ongoing legal efforts against Hasan.

Last fall, then Defense Secretary Leon Panetta reiterated that he would not change the classification, despite congressional requests. The lawmakers hope a new defense secretary will mean a new decision on the matter.

In a statement, Rooney said that survivors of the shooting have told him of numerous problems receiving care for their wounds, which they attribute to the non-combat status of the attack.

“They have revealed claims of mistreatment by the Army … repeated denials and delays of medical treatment for individuals with physical injuries, post-traumatic stress disorder and traumatic brain injury; denials of retirement benefits; and overall negligence and disregard,” he said.

“The Department of Defense and the Army should be ashamed of the terrible care and service they’ve provided to these heroic American soldiers.”

Army officials said they are working to provide needed medical care to all of the victims, regardless of the designation.

Defense Department officials did not have an immediate response to the letter.

Stars and Stripes’ Megan McCloskey contributed to this report.