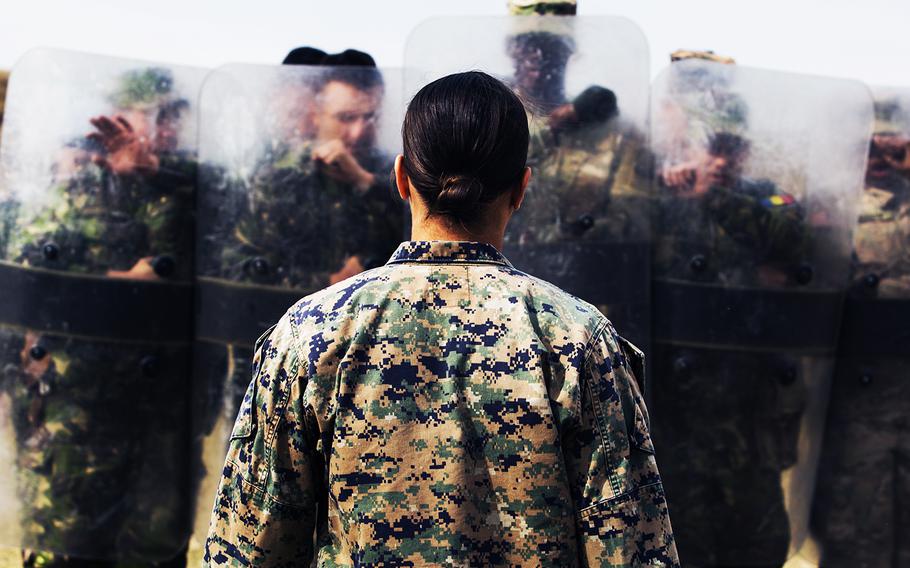 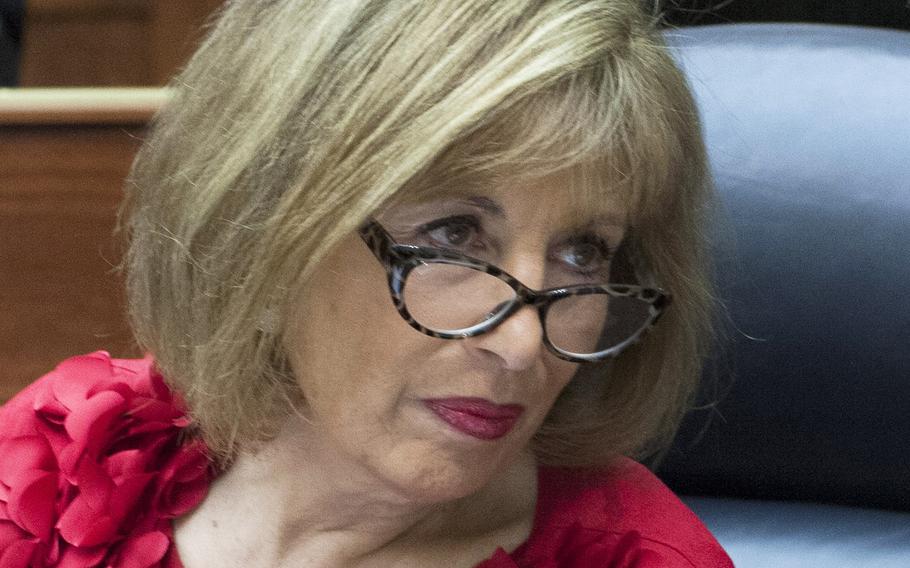 WASHINGTON — The Naval Criminal Investigative Service on Thursday had identified by name 1,200 members of the Marines United Facebook page, a number that included more than 700 active-duty Marines and 150 in the Reserve, Rep. Jackie Speier, D-Calif., said.

But it was not immediately clear whether the identified servicemembers were directly involved in sharing nude photos of female Marines or making derogatory comments on the page. Marines Commandant Gen. Robert Neller recently told the Senate that the service believed 500 members of the website accessed a connected Google drive that contained the images.

Speier’s office said Friday that all 1,200 were being considered possible offenders of the online abuse and were believed to have interacted with the photos or commented, based on a closed-door briefing from Naval Criminal Investigative Service.

An official close to the investigation confirmed the figures but said it appeared the servicemembers, which also included 15 sailors, were identified using about 600 pages of Marines United screenshots turned over by journalist Thomas Brennan, the founder of the nonprofit War Horse website who uncovered the scandal, and not through analysis of the hard drive.

The identification of names did not mean those individuals were involved in wrongdoing or criminal activity, said the official, who asked for anonymity because he was not cleared to speak publicly about the investigation.

In a statement Friday, NCIS said it was working to clarify the numbers released by Speier.

“NCIS is trying to put all the numbers that are being discussed into context, so the public will be better able to understand the scope of this investigation," spokesman Ed Buice wrote in an email to Stars and Stripes.

Speier disclosed the figures Thursday after a closed-door briefing by the investigative service and Neller to the House Armed Services Committee on the unfolding photo-sharing scandal.

“I am furious, I am saddened and I am frustrated by how we have got to this point,” said Speier, who is the top Democrat on the Armed Services subcommittee on military personnel.

Rep. Mac Thornberry, R-Texas, the Armed Services Committee chairman, was also in the closed-door briefing Thursday but told Stars and Stripes that he could not confirm Speier’s numbers, though he did not dispute them.

Thornberry said Thursday that he was not convinced the Marines or other services “fully have their arms around this problem yet” and the committee could consider including some new legislation addressing the Marines United case in the National Defense Authorization Act, Congress’ annual military policy bill.

“It’s obviously something we will look at but I don’t know for sure the answer,” he said. “Obviously the investigation is going on, we just had a briefing on it, so you need to understand what you’re dealing with before you jump to a conclusion.”

Speier, flanked by famed attorney Gloria Allred and a victim of the site, provided the numbers to reporters as she unveiled a bill criminalizing the nonconsensual posting of nude images as lawmakers weighed the possibility of new legislation.

The bill would close a “massive gap” in the Uniformed Code of Military Justice, which bars the dissemination of nonconsensual pornography but is not adequate to prosecute Marines United cases where women originally allowed photos to be taken but did not consent to have them shared, Speier said.

Other key lawmakers briefed by the Marine Corps said they were weighing the need for new legislation to help the service crackdown on the online activity targeting and harassing female Marines.

The top Democrat on the Armed Services Committee, Rep. Adam Smith, D-Wash., said “all options are on the table” in dealing with the photo-sharing following other harassment and abuse cases in the Marines such as hazing at Parris Island, S.C.

That could include changes to the Uniformed Code of Military Justice, Smith said following the briefing with Neller.

“They are not making progress so we need to figure out how to make progress,” he said.

NCIS launched an investigation earlier this month into the Marines United site, which had about 30,000 members and was used to post revealing and sometimes nude photos of the Marines, identifying information such as names and duty stations, and degrading and misogynistic comments.

Other sites have since sprung up in defiance of the ongoing investigation as well as a series of public condemnations from Neller and Defense Secretary Jim Mattis.

Critics and lawmakers have pointed to an ingrained sexism and misogyny in the Marines, which is now integrating women into combat roles, and Neller has repeatedly vowed to change it during public appearances since the scandal broke.

“From my experiences in the military, there is a deeper cultural issue that needs to be addressed because you are not going to be able to police people 24/7,” said Rep. Martha McSally, R-Ariz., a retired Air Force colonel and a former A-10 pilot. “The long-term solution is this deeper cultural issue and that’s where I’m going to be on them and all the services pretty aggressively.”

Rep. Ruben Gallego, D-Ariz., who served as a combat Marine in Iraq, said the culture problems trace back to the very beginning of service.

“I think what we need to focus on is changing the culture that starts at boot camp,” Gallego said. “The first time out of their homes, the first time with any kind of male figure, and drill instructors are already talking derogatory about female Marines, [which] is where we start creating the problems.”