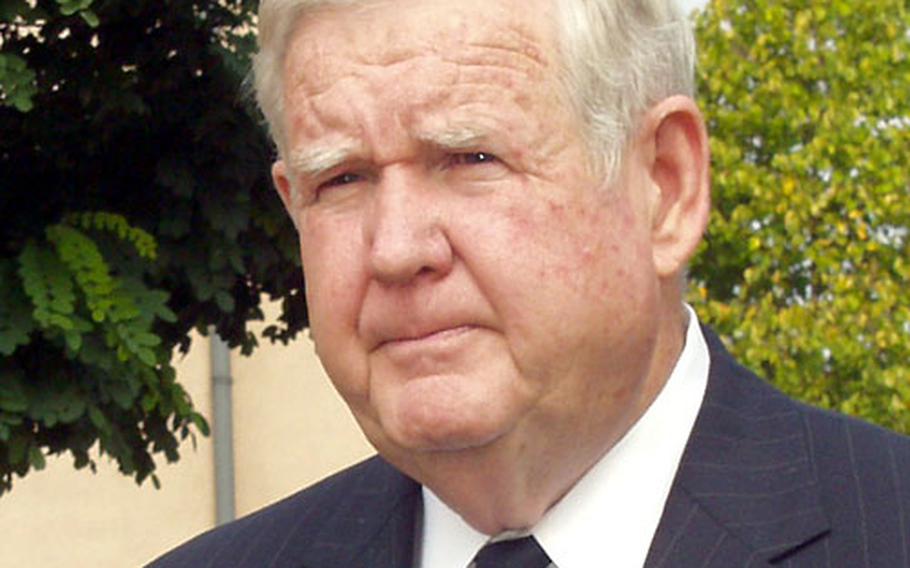 HEIDELBERG, Germany &#8212; The ranking Democrat on the House Defense Appropriations Committee, U.S. Rep. John P. Murtha of Pennsylvania, has been touring the Middle East and Germany and says troops may be complaining, but morale remains high.

Along with U.S. Rep. John Larson, D-Conn., Murtha visited U.S. Army Europe headquarters in Heidelberg on Wednesday to describe what they learned from talking with military leadership, troops and family members.

Murtha said during his visit to Iraq it was 115 degrees, and servicemembers said it was cooler than it had been in the past several days.

Realizing the troops are living in difficult conditions, the congressman acknowledged that there are shortages in Iraq, giving good reason for complaints.

&#8220;The Iraqi people expected us to perform miracles and we&#8217;re not going to be able to perform miracles. It&#8217;s going to take a lot of money and some time before we could get this thing ... energized, we have to work on internationalizing the situation and &#8216;Iraqinizing&#8217; the situation. What I mean by that is, more Iraqis in the field and turning it over to the Iraqis.&#8221;

He said progress is slowly being made.

As for the future of troops, Murtha said there is a possibility that some troops will come out of Europe.

He explained that Europeans are being asked to take on more responsibility in Afghanistan and Bosnia and Herzegovina to help free up American troops.

That problem is finding the amount of people needed to exchange for the troops already deployed.

&#8220;Right now, the Defense Department [and] the State Department are working through all international organizations trying to come up with ways to replace United States troops,&#8221; Murtha said.

Other suggestions given to the congressmen during their visit include: extending Tricare coverage to reservists, giving troops a small amount of leave during long deployments to the Middle East and working out the continuing mail problems.