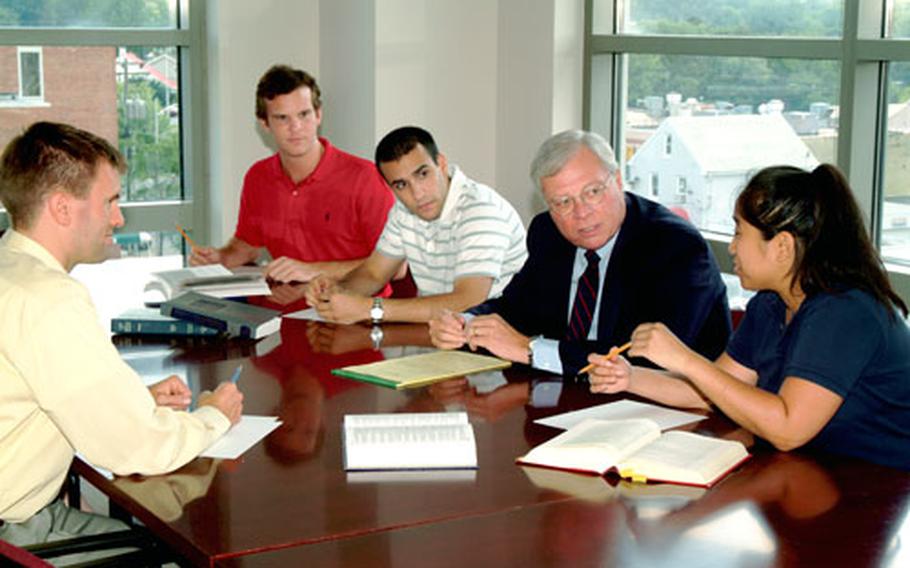 ARLINGTON, Va. &#8212; In November 2005, Marine Cpl. Neil Schalk was a turret gunner in a convoy that was halfway between Fallujah and Ramadi when a roadside bomb went off, he said.

The blast took off about a third of his right hand and sent a golf-ball sized chunk of shrapnel through his left hand, making it essentially useless, Schalk said.

The Richland Center, Wis., man said he applied for Traumatic Servicemembers Group Life Insurance benefits, but he was twice denied. He realized he needed a lawyer but he did not think he could pay for one.

Enter the Clinic for Legal Assistance to Servicemembers, a program out of the George Mason University School of Law in Arlington, Va., that offers free legal representation to servicemembers and their family members.

Clinic director Kyndra Rotunda said her group heard about Schalk&#8217;s case through his family and agreed to help him file an appeal.

Schalk, 20, is one of about 50 servicemembers and family members that the clinic has agreed to help since the program&#8217;s inception in spring 2004, said Rotunda, who is also a captain and a military attorney in the Army Individual Ready Reserve.

The clinic is staffed by George Mason law students, who work with professional attorneys on a variety of issues including landlord-tenant disputes, family law and consumer protection, she said.

In one case, the group was able to help a servicemember&#8217;s wife who was slapped with roaming charges and other overages on her cell phone bill when she moved to be closer to her extended family while her husband was deployed, Rotunda said.

The clinic is still working on Schalk&#8217;s appeal, said Rotunda, who vowed he would get a fair review.

Tamar Nedzar, 29, is one of the George Mason law students representing Schalk.

The West Hartford, Conn., woman said it is &#8220;rewarding&#8221; to represent people like Schalk, who may not have other resources.

Regarding Schalk&#8217;s appeal, she said the TSGLI program is new, so it is unclear exactly what servicemembers&#8217; benefits are.

Schalk, who has undergone 13 surgeries at the Navy hospital in Bethesda, Md., since being injured, said he would not have been able to press his case if he had to pay his own legal fees.