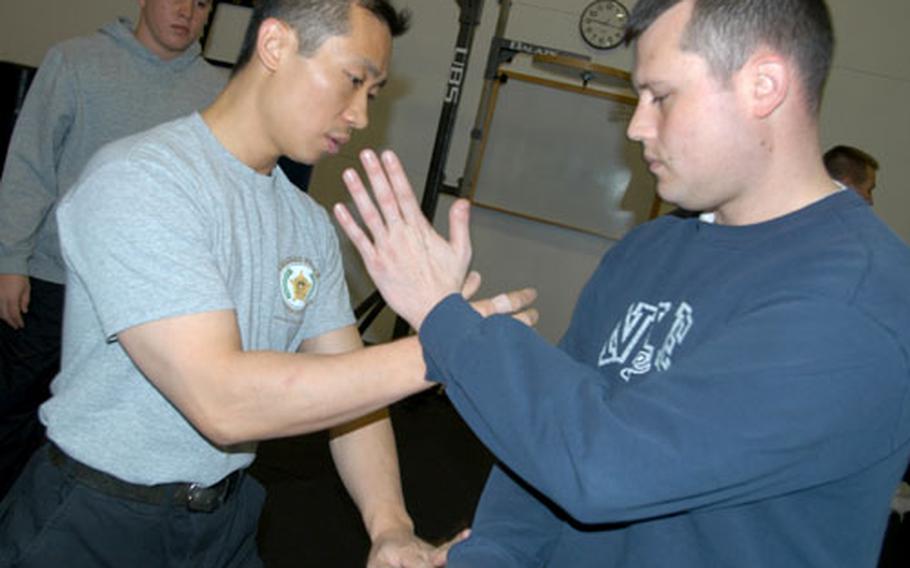 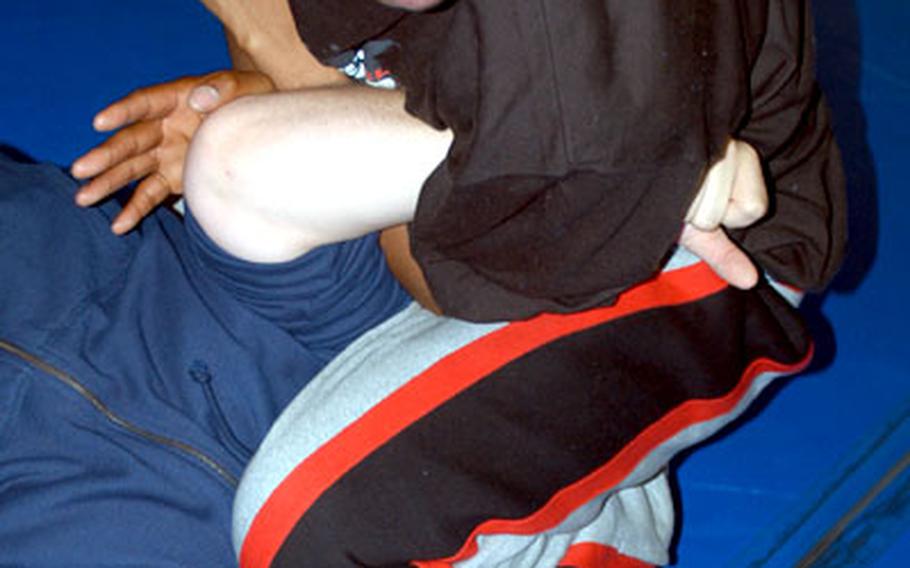 With his bare hands, Pae can drop an opponent to the ground in the time it takes to flip a page in a book.

After a week of intense martial-arts training with Pae, a handful of airmen, sailors and soldiers at this northern Japan base say they are more confident they could defend themselves without using a weapon.

Pae works for the department of aviation at Chicago&#8217;s O&#8217;Hare International Airport. Since the Sept. 11, 2001, terror attacks, he has taught numerous law-enforcement officers at O&#8217;Hare his unique martial-arts style, based on &#8220;close quarters, empty-hand battle techniques.&#8221;

For a servicemember pulling security detail, the training can instill the skill and confidence to not always &#8220;unholster your gun&#8221; or use deadly force in a hostile situation, Pae said.

Capt. Matthew Gibson, assistant operations officer with 35th Security Forces Squadron, invited Pae to teach his martial-arts approach to servicemembers who would benefit most from the training.

These are &#8220;people that would most likely find themselves in a situation that this would be useful to them,&#8221; Gibson said. &#8220;They represent some of the best, most motivated troops that we have.&#8221;

The training was a rare opportunity to learn self-defense techniques on the job, he said: &#8220;Of the 24-person class, only about four have had some type of self-defense class sponsored by the military.&#8221;

Pae, who as a young boy studied tae kwon do at a South Korean Buddhist monastery, came to Misawa on his own dime, Gibson noted.