Latest war in sharp contrast to past efforts 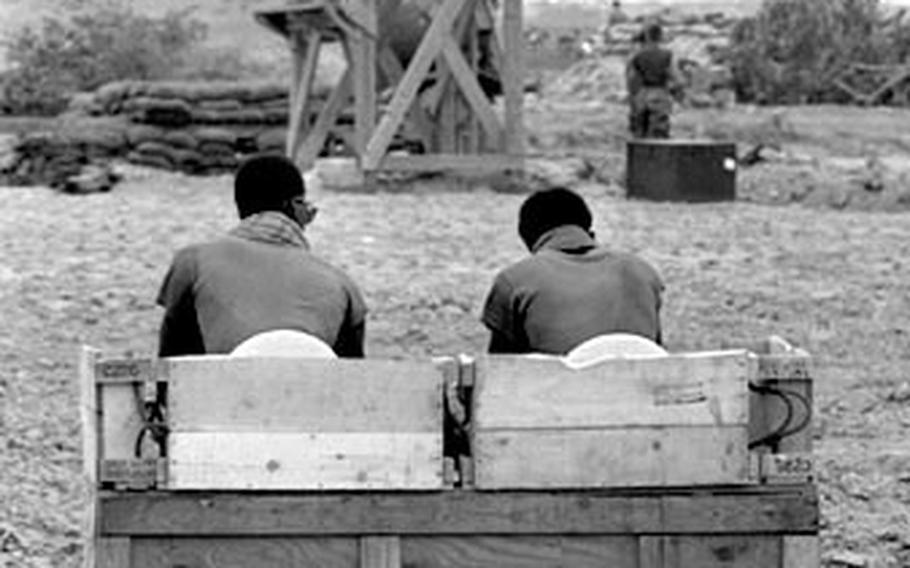 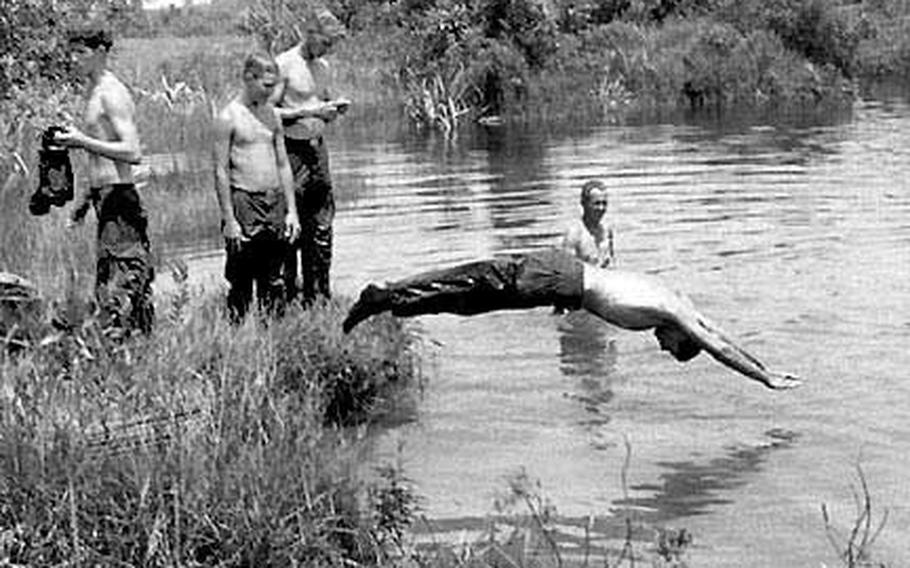 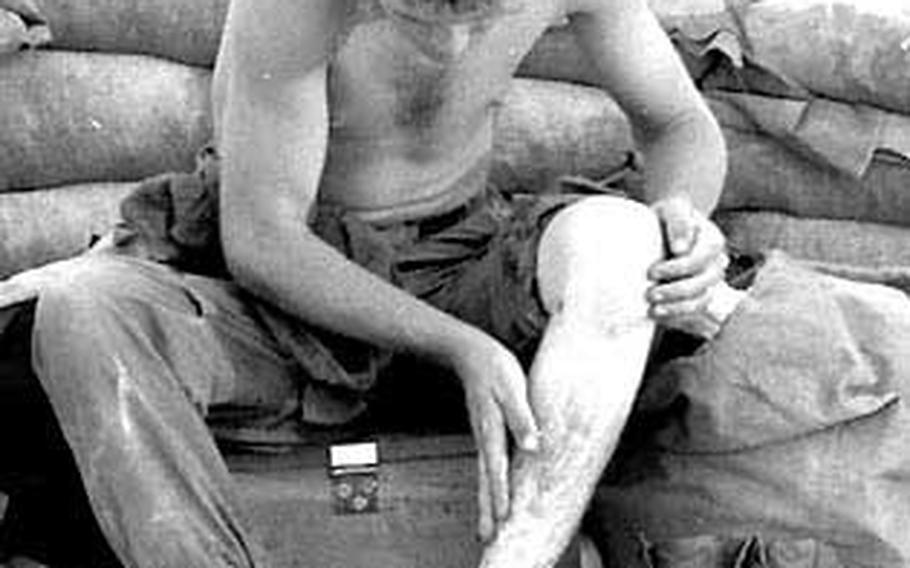 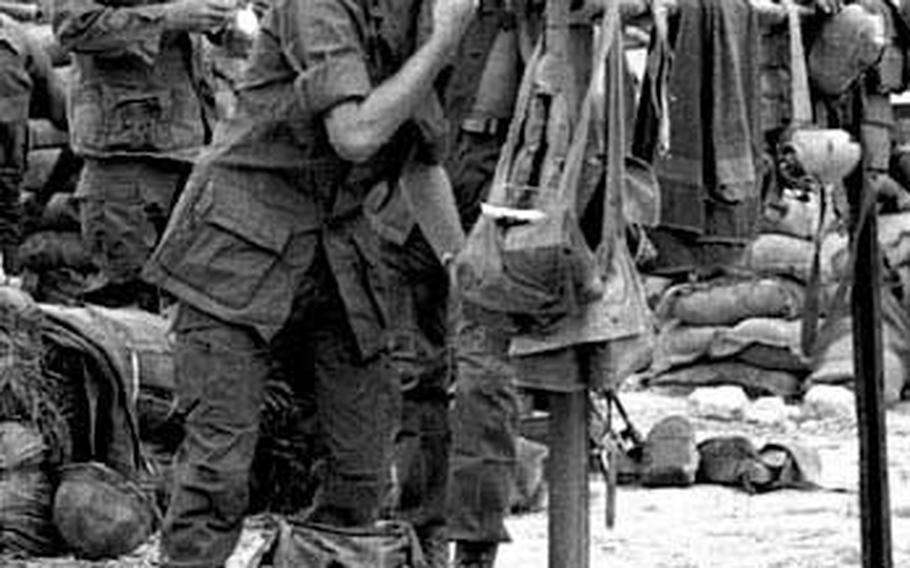 In April, 1969, conditions at Patrol Base Diamond II, in South Vietnam near the Cambodian border, were spartan — from the unprotected, open-air latrine to the water hole that provided an opportunity to bathe. (David Warsh / S&S file photos) 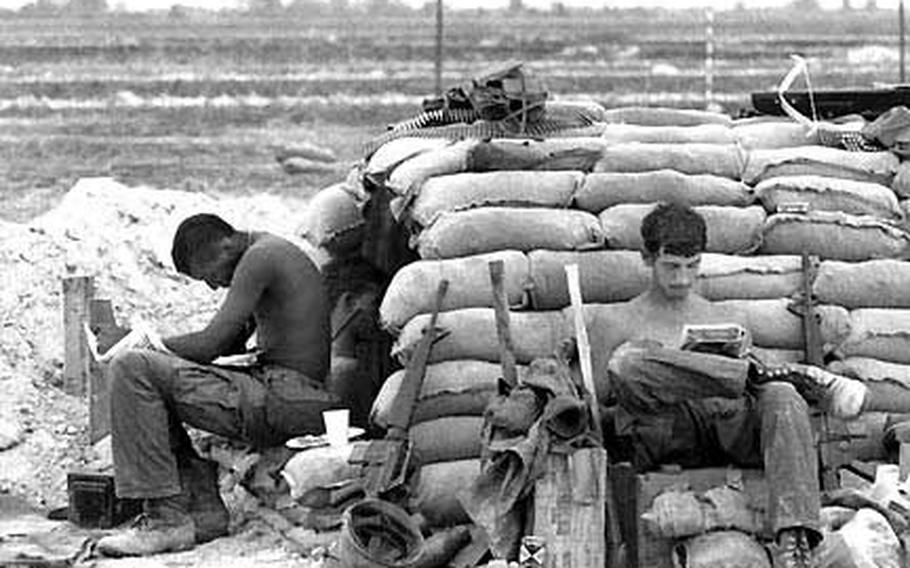 Soldiers in their battle rattle in Iraq probably don&#8217;t want to hear this, but generations of American soldiers have lived harder and fought longer with less training, equipment and support.

World War II troops headed to Europe and the Pacific not knowing when they would return home. Some servicemembers in Vietnam didn&#8217;t communicate with home for months. Even Desert Storm warriors somehow survived without the Internet or much else in the way of leisure.

One soldier in Iraq brought a combat veteran&#8217;s perspective to how today&#8217;s troops compare with their predecessors.

First Sgt. William Oxendine, 53, a National Guardsman with the Arizona-based 855th Military Police Co., served in Vietnam, Haiti and in both wars with Iraq.

In a survey of living conditions in Iraq, Oxendine noted that today&#8217;s soldier has it made compared with yesterday&#8217;s veterans. In his opinion, most complaints about morale aren&#8217;t justified. &#8220;We have more things and opportunities than anyone else in the world. Soldiers of today are just as well-trained as in the past, but they&#8217;re definitely softer when it comes to living conditions.&#8221;

Others in Iraq think that in today&#8217;s high-tech military, historical comparisons don&#8217;t hold up.

One master sergeant with 21 years in the Army wrote that in the new millennium, troops do and should expect better camps.

&#8220;This campaign is certainly my worst ever,&#8221; the military policeman wrote from Iraq. &#8220;We deserve better living conditions, with air conditioning, showers and laundry facilities. This is the year 2003, not the 1950s or 1960s. Technology is with us. Yet our living conditions still are below standard.&#8221;

A first lieutenant in Iraq wrote, &#8220;Soldiers or people comparing this conflict to WWII, Korea or Vietnam are not making valid comparisons of size, scale, scope, mission, enemy, mood, weapons and so on.&#8221;

Others believe that America&#8217;s military missions have changed since the wars of past, while troops&#8217; expectations have risen. This and the advent of a demanding, all-volunteer force can test morale.

In the Stars and Stripes survey and in interviews, many soldiers in Iraq referenced yesterday&#8217;s wars; some defensively, some with awe.

One soldier at Baghdad International Airport pined for the days of traditional combat. &#8220;I think soldiers in the past wars were in real wars, not this peacekeeping deal,&#8221; said Sgt. Jose Gutierrez, 26. &#8220;They are the heroes and I give it to them for being real soldiers &#8212; unlike us, complaining about no Internet or phones or air conditioning.&#8221;

Though soldiers in Iraq endure temperatures as high as 140 degrees, fighting conditions were just as terrible during the campaigns of World War II.

&#8220;They had a helluva time,&#8221; said Herman Chanowitz, 88, a WWII veteran now living in Naples, Italy. &#8220;Living conditions here in Italy during the wintertime, going from one particular hill they captured to another hill. Fighting and fighting and fighting under horrible conditions. I don&#8217;t know how they could take it all. Nothing to look forward to but getting to the next hill and capture it.&#8221;

Deborah Absher contributed to this story.

In the Civil War, soldiers were drafted for three years. Those with $300 &#8212; an entire year&#8217;s wages for a skilled laborer &#8212; could buy their way out, or alternately they could hire a replacement.

In World War I, men were drafted for the length of the 19-month conflict. In World War II, that length became the duration of the war, plus six months &#8212; or up to four years. Korea brought with it two years of conscription, though a point system allowed for earlier rotations to the States. Draftees fought for one year in Vietnam.

Volunteers waged both wars with Iraq and the campaign in Afghanistan. Deployments in Iraq have been particularly controversial.

The Pentagon announced a rotation plan for Army divisions in July, but the return dates of some individual units remain unclear. The plan calls for yearlong deployments in Iraq, a change from the typical six-month rotations seen in Bosnia, Kosovo and Afghanistan. In September, Reserve and Guard units found out that they, too, would spend a full year in Iraq. President Bush has given the military the authority to keep reservists on active duty for up to two years.