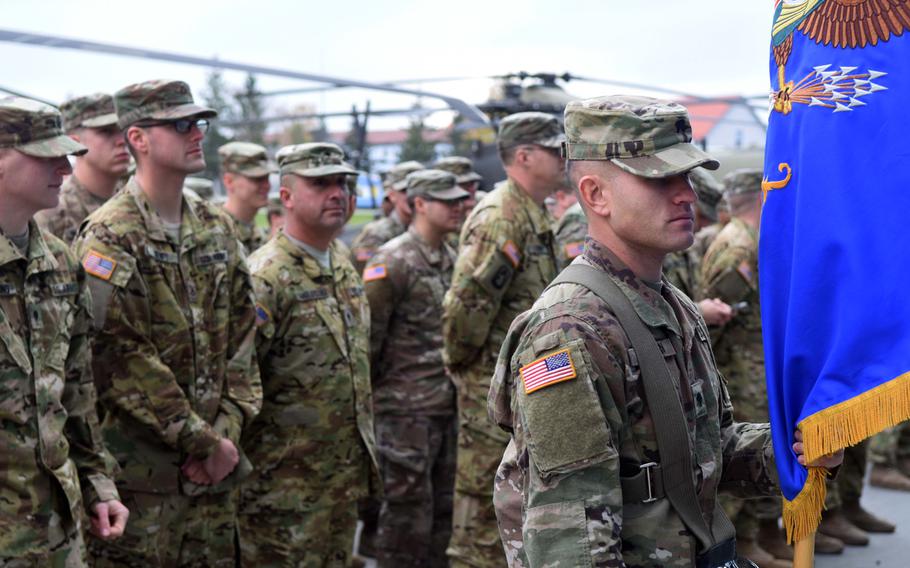 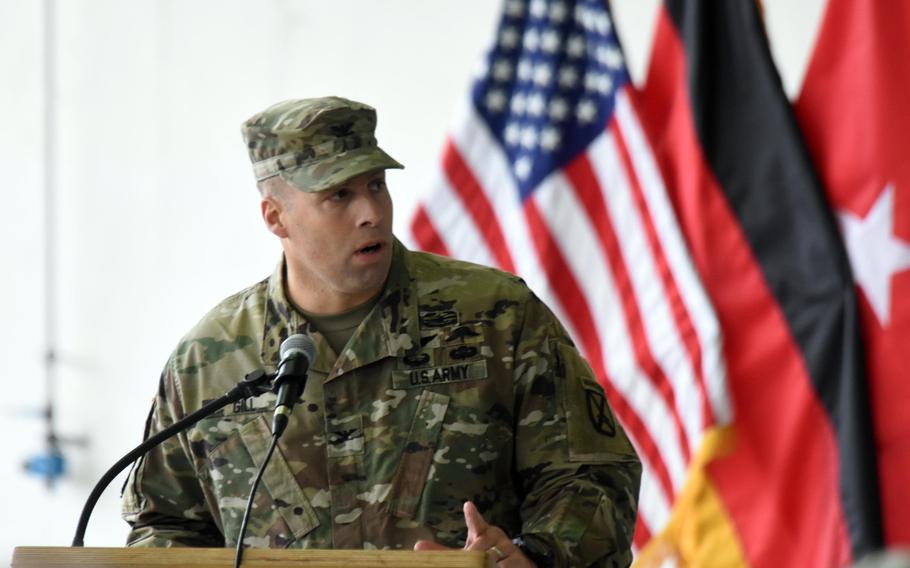 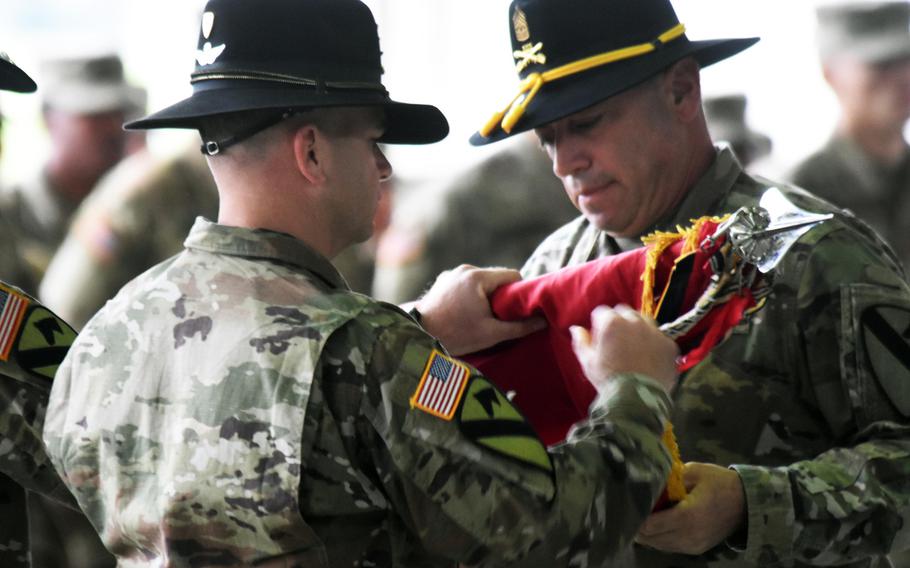 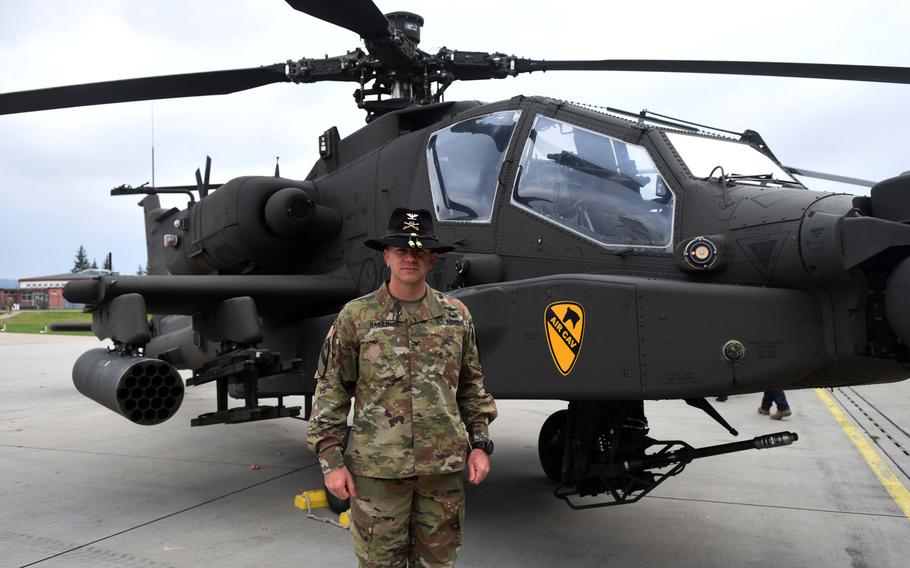 ILLESHEIM, Germany — Upgraded Apache helicopters have arrived for duty as the 1st Air Cavalry Brigade, with the Army’s 1st Cavalry Division out of Fort Hood, Texas, takes over the U.S. military in Europe’s rotational air mission.

The cavalry on Tuesday relieved the 10th Combat Aviation Brigade, with the Army’s 10th Mountain Division out of Fort Drum, N.Y., which has been training with about 20 countries for nine months. The mission is part of Operation Atlantic Resolve, America’s commitment to deter a resurgent Russia in Eastern Europe.

“This has been a fantastic experience for us, and I think (1ACB is) going to do very well out here,” said 10th CAB commanding officer Col. Clair Gill.

The relieving soldiers brought 24 of the new Apache attack helicopters. The soldiers are the only U.S. Army unit in Europe with the upgraded helicopter.

According to the Army’s website, the “E” model is a complete rebuild of the AH-64D and includes an improved drive system, composite main rotor blades, a more powerful 701D GE engine, and is fully digitized.

“Air cavalry troopers bring flexibility and lethality to the mission,” said 1ACB commanding officer Col. Cain Baker. “The (brigade) will deter aggression and provide strength to our friends and allies in Europe.”

Baker, who spent much of his childhood in Germany, said he looks forward to his unit’s 9-month rotation in Europe. “I think this is a great mission and a good test for our soldiers,” he said.

One difficulty the brigade faced in working with so many allies was the time it took to move helicopters across international borders.

“Every country we work with is a sovereign nation, with their own laws, and we respect that,” Gill said. “What we would like to do is be able to go from one country to the other, without all of the paperwork of crossing borders, like the Schengen Agreement.”

Such an agreement has also been advocated by Lt. Gen. Ben Hodges, U.S. Army Europe’s commander. The brigade worked with allies to reduce the tedious paperwork involved in border crossings, Gill said.

“Without fuel, supplies and parts, we’re only good for about one flight,” Gill said. “While we haven’t completely solved all our problems, we’ve addressed a lot of the problems, and I think we’ve made it easier for those coming in after us.”