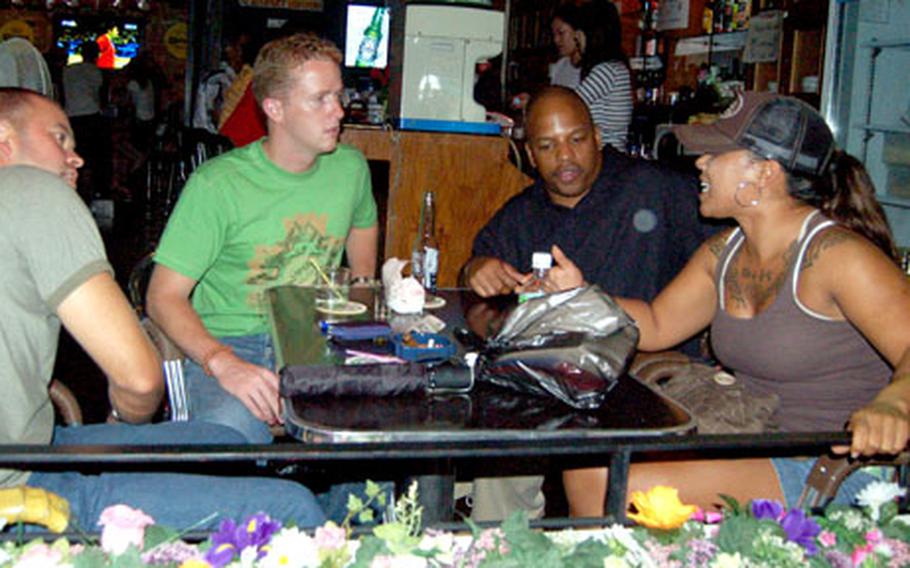 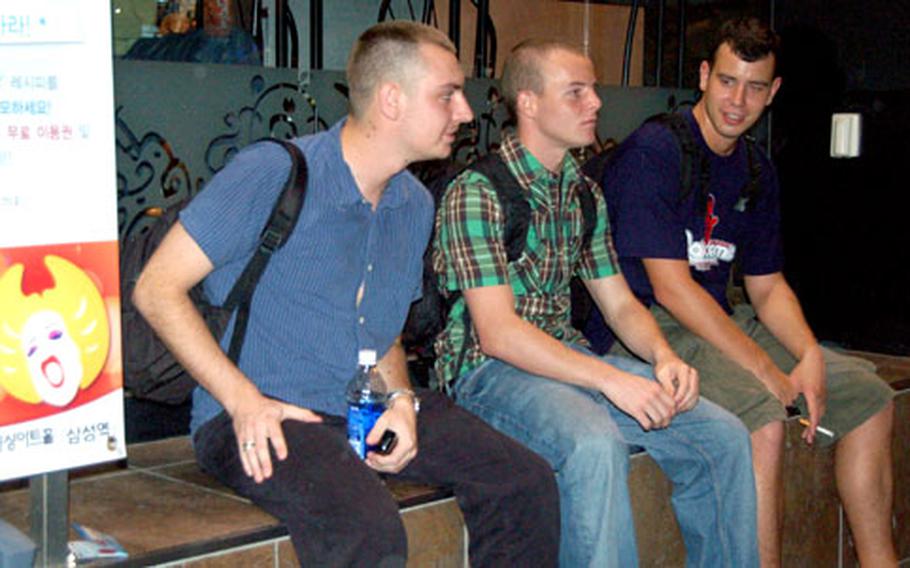 SEOUL &#8212; Mix one part payday Friday, one part last chance to drink before an upcoming exercise and two parts of an extended curfew.

What you get is a potentially volatile "behavior cocktail" in the Itaewon party district outside Yongsan Garrison.

But Friday night &#8212; the first time in seven years that U.S. troops have legally been able to party off base later than 1 a.m. &#8212; was relatively uneventful.

Stars and Stripes spent several hours in Itaewon late Friday and early Saturday, patrolling the streets with U.S. military police, talking to the troops in the clubs and watching some of them scramble back to the gate as the new 3 a.m. curfew approached.

The sole serious incident of the night didn&#8217;t even happen off post.

Instead, the only arrest Stripes witnessed was as military police had to wrestle an unidentified man to the ground at the Dragon Hill Lodge at 3 a.m.

Police on the scene couldn&#8217;t say what started the fracas, but the man was struggling with the MPs and shouting threats and obscenities.

The off-base club scene was mild in comparison. There, many troops still called it a relatively early night.

There were, however, still plenty of military crew cuts on the dance floor at the perennially packed Helios club.

Many of the troops Stripes spoke to were thrilled with the 3 a.m. weekend curfew, recently announced by the newest U.S. Forces Korea commander, Gen. Walter Sharp.

"You can only imagine how hard we party."

Some, like Airman 1st Class Ryan Kenward of the 303rd Intelligence Squadron, said they were using the new curfew to explore parts of Korea not open to them before.

"Now that we can stay out a little later it&#8217;s easier to come up here," said Kenward, who is stationed at Osan Air Base, about an hour&#8217;s drive south of Seoul.

Military policeman Spc. Emmanuel Reyes doesn&#8217;t expect to see much of a change for the first few of weeks of the new curfew.

He said the upcoming Ulchi Freedom Guardian exercise had some units already in a "dry status" and unit sergeants had spent a lot of time reminding their soldiers not to drink alcohol or abuse their new freedom.

MPs working the gate said they&#8217;d seen the heaviest foot traffic of the night a little after 1 a.m. as the garrison&#8217;s "old timers" made their way back onto post.

Also noticeable, said Pfc. Marcus Mendoza, a military policeman working the gate, was a lack of calls from Bentley&#8217;s Pub, an on-post bar he said servicemembers frequented in the past after the 1 a.m. curfew.

"On a payday weekend we usually get three or four calls a night from Bentley&#8217;s," Mendoza said.

Those coming onto post at the end of the night described their fellow carousers as moderate.

"No one was in a rush to get drunk and get back."