Last US resident moves out of Mannheim's Ben Franklin Village 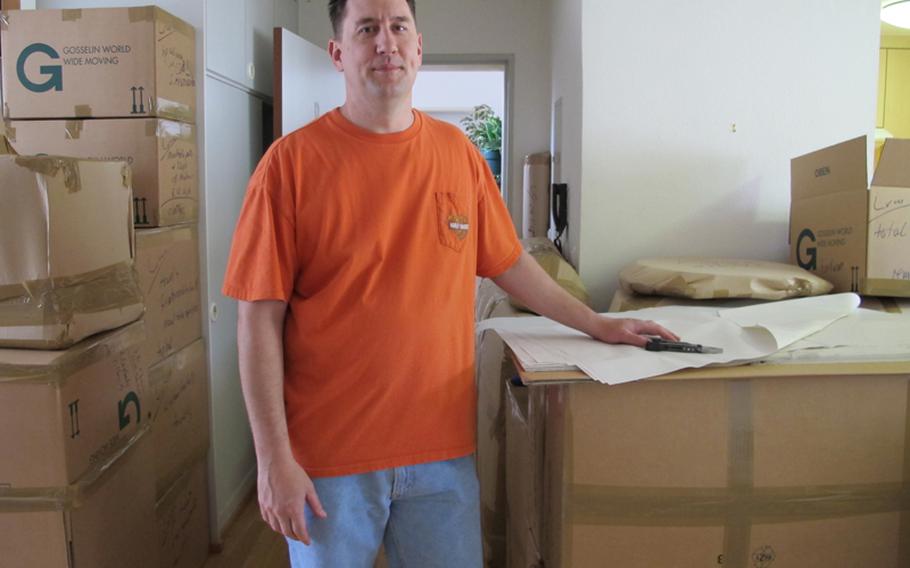 Buy Photo
Sgt. 1st Class Paul Howard on Monday was the last man to move out of the formerly bustling Benjamin Franklin Village housing area for the U.S. Army in Mannheim. His next duty station is at Fort Carson, Colo. (Nancy Montgomery/Stars and Stripes)

Buy Photo
Sgt. 1st Class Paul Howard on Monday was the last man to move out of the formerly bustling Benjamin Franklin Village housing area for the U.S. Army in Mannheim. His next duty station is at Fort Carson, Colo. (Nancy Montgomery/Stars and Stripes) 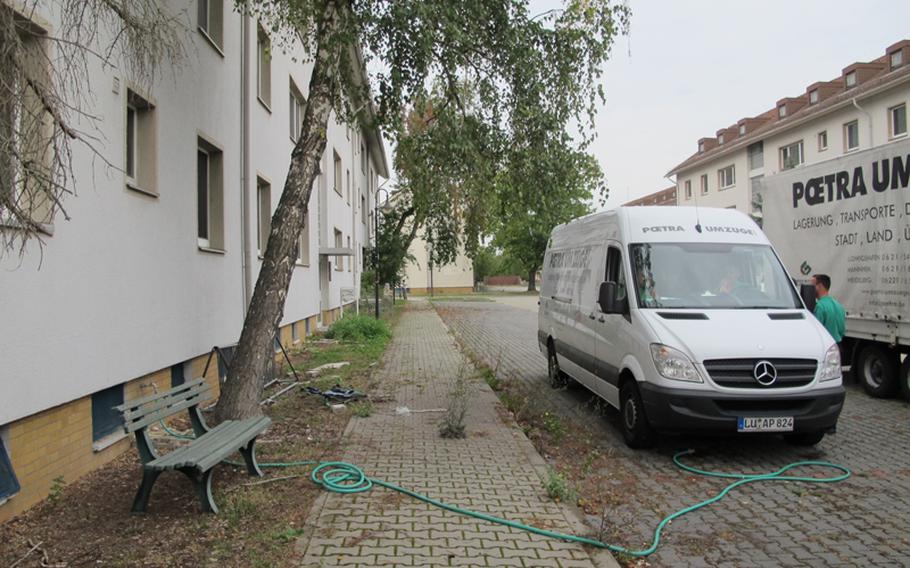 Buy Photo
Moving vans have been a constant presence over the decades for the Army community at Mannheim's Benjamin Franklin Village. These, however, are for Sgt. 1st Class Paul Howard, the last man to move from what had already become a largely empty housing area. (Nancy Montgomery/Stars and Stripes)

&ldquo;I&rsquo;ve been the only person in my stairwell for over a year,&rdquo; said Howard, whose daughter is grown and whose wife died last year.

Howard&rsquo;s three-bedroom apartment was the last of 2,000 units emptied on the 65-year-old Army installation. Back in the 1980s, before the end of the Cold War and a series of drawdowns steadily diminished the U.S. military presence in Germany, some 8,000 soldiers and family members lived there.

The latest Europe drawdown started in 2003 at the beginning of the Iraq War, but the exodus from Mannheim began two years ago. The city of Mannheim had its official farewell ceremony for the garrison on May 8, 2011 &mdash; on the anniversary of Victory in Europe Day, when the Allies formally accepted the unconditional surrender of the armed forces of Nazi Germany &mdash; followed by the garrison command casing its colors and the departure of the majority of Mannheim&rsquo;s soldiers.

Now the Heidelberg garrison is closing down at the end of next summer, a year ahead of schedule, as a reduced U.S. Army Europe headquarters moves from Heidelberg to Wiesbaden. In Heidelberg, some of the housing being vacated by Americans is slated to become affordable apartments for students attending the University of Heidelberg. But Mannheim officials have said that city has no use for the buildings now empty there.

Howard didn&rsquo;t plan to be the last one out of Ben Franklin Village. &ldquo;It&rsquo;s just happenstance,&rdquo; he said. &ldquo;I was trying to get an earlier report date [to Fort Carson, Colo.] but the paperwork got delayed.&rdquo;

A helicopter maintenance platoon sergeant, whose duty station is at Coleman Barracks, Howard arrived in Germany in December 2009 with his wife and daughter. The family, originally from Texas, had spent 11 years at Fort Campbell, Kentucky.

They enjoyed their posting to Mannheim.

&ldquo;You had everything here you needed, right around here,&rdquo; he said. &ldquo;I got to see things I never would have.&rdquo;

He and his wife, for instance, rode their Harley-Davidson through the Black Forest. &ldquo;That&rsquo;s a beautiful ride,&rdquo; he said.

That&rsquo;s one of the fondest memories he&rsquo;s had in the past year that Howard has been alone &mdash; not only in his stairwell building, but also in his apartment.

Last summer, his daughter Elizabeth, now in college, decided to move back to the Fort Campbell area to graduate high school with friends there rather than spend her senior year at Heidelberg American High School. The Mannheim American High School had closed.

His wife Linea flew to the U.S. with her to get her settled. On the way back to Germany, she died after suffering a brain aneurism on the plane, Howard said.

He found out as he was about to leave to pick her up at the Frankfurt Airport. A physician in England called him, Howard said.

&ldquo;A lot of things have changed in the last year,&rdquo; Howard said. &ldquo;I&rsquo;m ready to go back to the states.&rdquo;

Howard won&rsquo;t be leaving Germany quite yet, however. He&rsquo;ll spend a couple of months living in Heidelberg and commuting to Coleman.

Fort Carson is where Howard began his Army career more than 18 years ago. &ldquo;So I go full circle,&rdquo; he said.