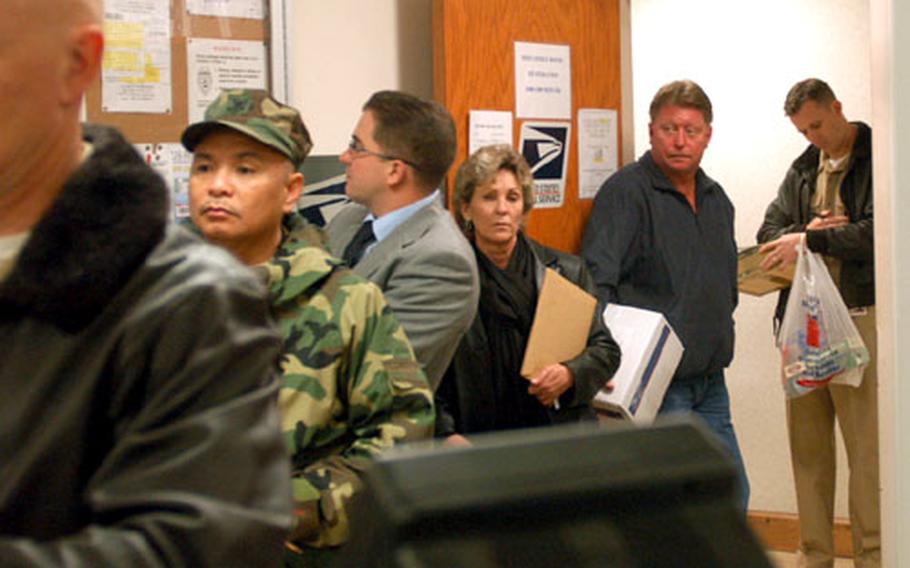 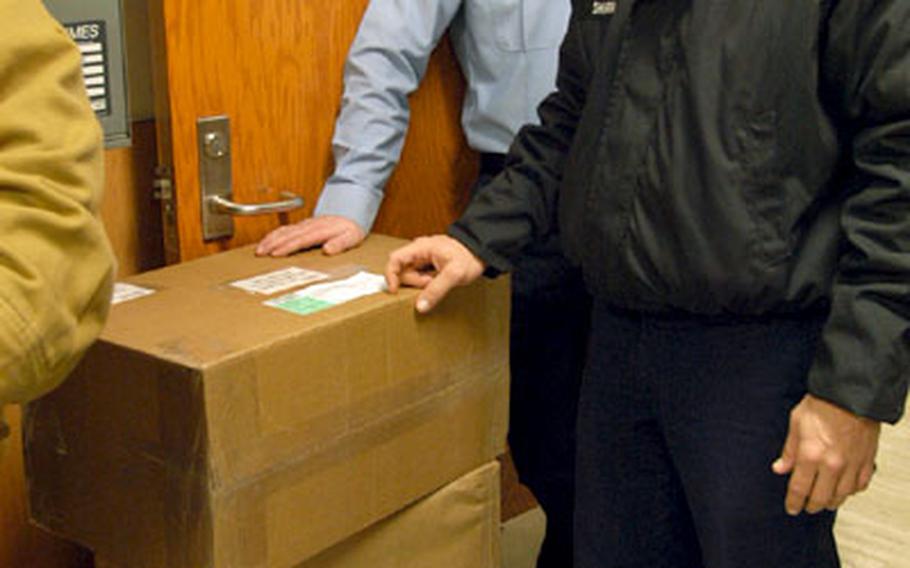 Petty Officer 1st Class William Sharon, 33, who works at the “ciao hall” at Naval Support Activity, Naples, Italy, waited until six days before Christmas to send off bulky boxes of presents to his parents and in-laws. That’s better than years past, he said, when the Sharons didn’t often mail any gifts. (Sandra Jontz / S&S) 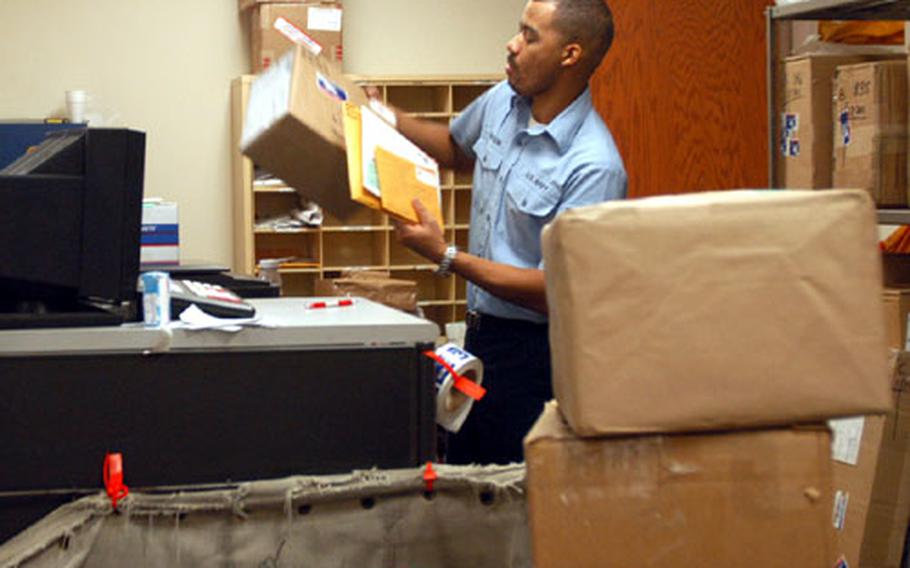 That&#8217;s how Petty Officer 1st Class William Sharon felt about the packages of Christmas gifts he mailed off Monday to parents and in-laws, a mere six days before the big day.

Miles away in Iraq, Marine Maj. Stephen Newsome avoided the whole last-minute rush for several reasons, some not so merry.

Christmas gift exchanging was &#8220;officially waved off&#8221; this year for Newsome, in Iraq all of four days. &#8220;Too busy at the Newsome house anyway. My sister is getting induced this morning to have a son and my dad is having bypass surgery next Monday. Not exactly the Christmas we all envisioned.&#8221;

&#8220;I will, however, buy and mail some cards today,&#8221; Newsome said in an e-mail from the Green Zone in Baghdad, where he is deployed to the Multinational Security Transition Command Iraq, Civilian Police Assistance Training Team.

&#8220;From what I see around here, &#8230; [mail flow] seems to be coming just fine. We are absolutely surrounded in care packages, and most everyone seems to just lump it all in a pile for community use,&#8221; Newsome wrote.

The mailroom at Forward Operating Base Danger in Tikrit, Iraq, expanded operating hours about three weeks ago to &#8220;accommodate the large number of packages expected to be both incoming and outgoing during the holiday season,&#8221; said Capt. Bill Coppernoll, spokesman for the Task Force Danger/1st Infantry Division.

Postal clerks expect to work 12 hours a day or more this time of year, even if it&#8217;s the week before Christmas and the recommended shipping dates have come and gone.

Handlers at Frankfurt, the central processing center for all U.S. mail coming in and out of Europe, process about 110 tons a day this time of year, up from the 50 tons to 55 tons otherwise processed, Raimundi said.

To handle the surge in mail and related services such as stamp sales and money orders, the 835th augments its usual staff of 77 military members and 21 civilian workers with 35 &#8220;seasonal overhires&#8221; from Nov. 15 to Jan. 15.

The additional workers help cover the influx in customers, mail volume and lets the post offices run operations 24 hours a day, with the night-shift processing incoming mail. Nevertheless, the unit is already 10 airmen short, based on a 2001 manning study based on half the current mail volume, he said.