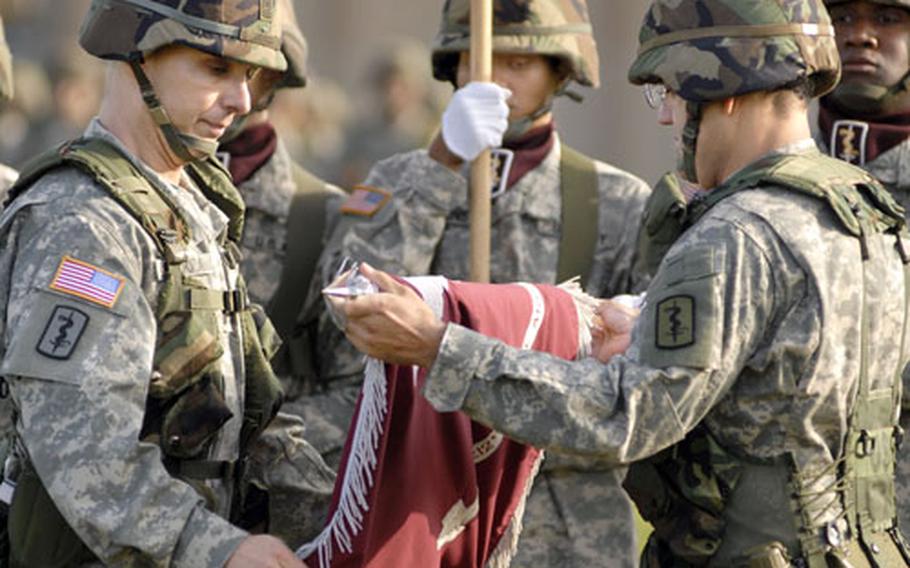 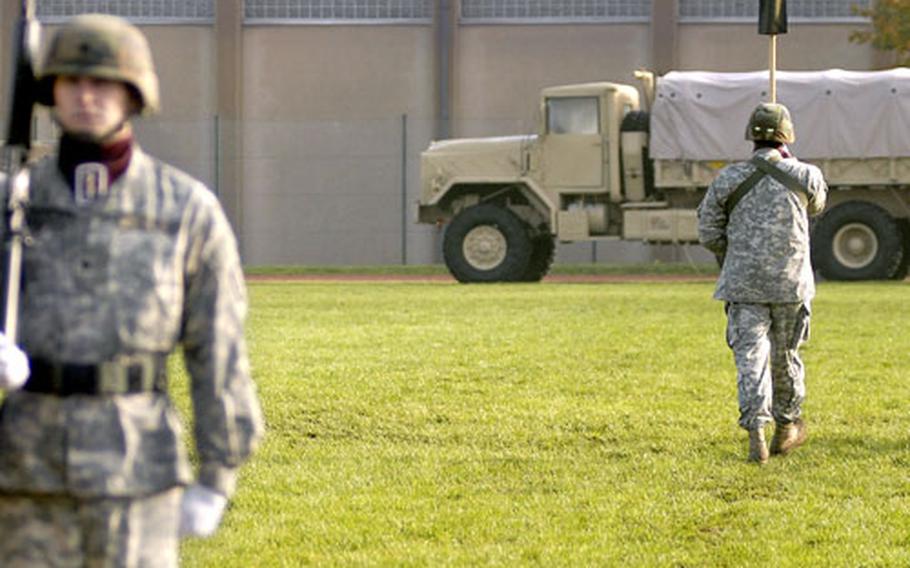 Pfc. Kevin Henderson from the color guard marches off with the cased MASH flag during a ceremony Monday at Miesau, Germany. (Ben Bloker / S&S) 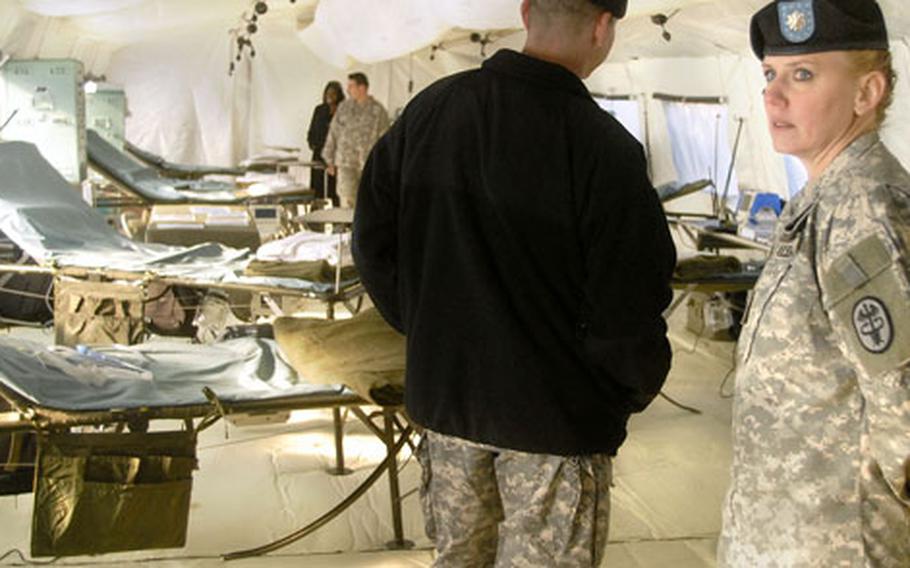 Lt. Col. Karrie Fristoe, commander of the health clinic at Hanau, Germany, takes a tour of the 212th Combat Support Hospital’s intensive care tent Monday. Fristoe, whose first assignment was to a MASH unit, says that the new Combat Support Hospital will bring the benefits of a fixed hospital to the battlefield. (Ben Bloker / S&S)

The above title of the last episode of the popular TV series &#8220;M*A*S*H&#8221; could have been a fitting send-off Monday as the last Mobile Army Surgical Hospital was converted to a Combat Support Hospital.

The unit&#8217;s history dates to World War I, in 1917 when it was known as Evacuation Hospital No. 12. It became known as the 12th Evacuation Hospital in 1936 and was redesignated the 212th MASH in 1992. Since 2003, the unit has deployed to Iraq, participated in the MEDFLAG exercise in Angola and treated earthquake victims last year in Pakistan.

In becoming a combat support hospital, the unit has nearly doubled in size, going from about 130 to more than 250 soldiers. It also has about $5 million worth of equipment after donating its hospital to the Pakistani military following the earthquake relief mission.

So will Lugo miss the comparisons to the &#8220;M*A*S*H television show?