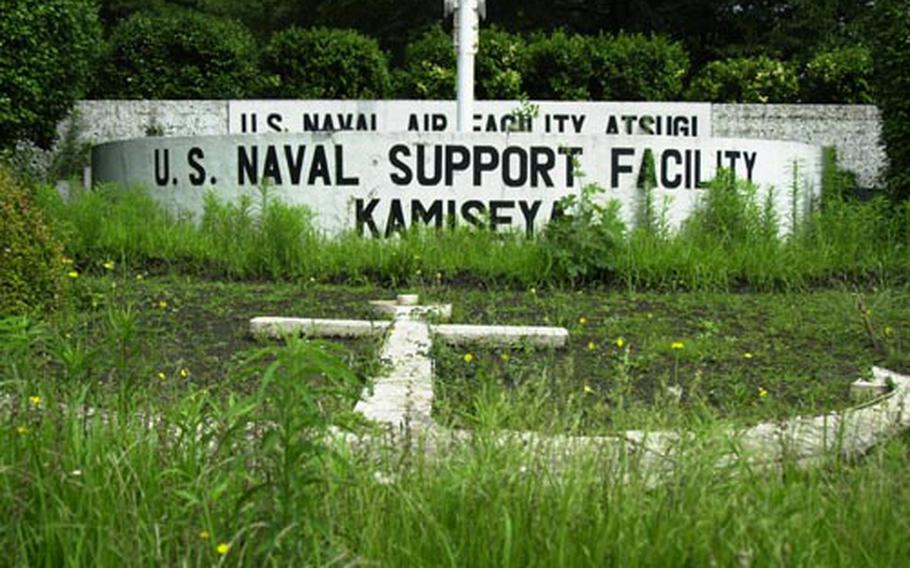 Backyards of empty homes located on NSF Kamiseya are overgrown with vegetation. The last of the base&#39;s residents are moving out Aug. 22. (Tim Wightmanl / S&S)

For the first time in more than 50 years, Naval Support Facility Kamiseya, Japan, will soon be resident-free.

In a cost-saving measure for the Navy, the 587-acre base about two miles outside of Naval Air Facility Atsugi will no longer be a housing option for Atsugi sailors, according to Navy officials.

The Navy stresses the base is not closing but will be used for training and storage.

The last families living on base are scheduled to relocate to Atsugi on Aug. 22, officials said.

"They&#8217;re not in very good condition, and they&#8217;re not cost-effective," Atsugi housing director Charles Baulknight said of the houses. "You&#8217;re looking at roughly 5 or 6 million dollars a year to keep Kamiseya open."

The process of moving families off Kamiseya began last year, Baulknight said. No new families have been moved into Kamiseya housing since April 2007. The Navy moved the families out according to servicemembers&#8217; rotation dates.

"That way you don&#8217;t have a mass migration of people into a limited number of homes," Baulknight explained. "You just let a natural course of events dictate how the installation is going to be emptied."

Baulknight says the downsizing of the base began with the relocation of Commander, Patrol and Reconnaissance Force 7th Fleet from Kamiseya to Misawa Air Base, Japan, in 2003.

The Web site www.navycthistory.com/kami_intro.html documents the history of Kamiseya through blogs, news articles and photos accumulated since 1950.

Kamiseya consists of 184 buildings, including 68 housing units, a gym, a restaurant and a recreation center.

According to Navy officials, all will be shut down, but none will be demolished.

All workers will transfer to other sites, officials said.