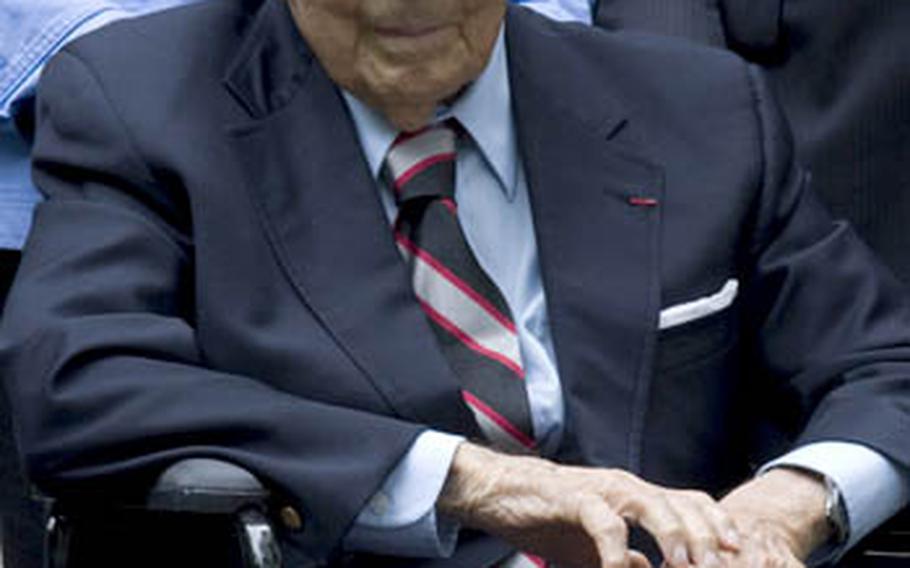 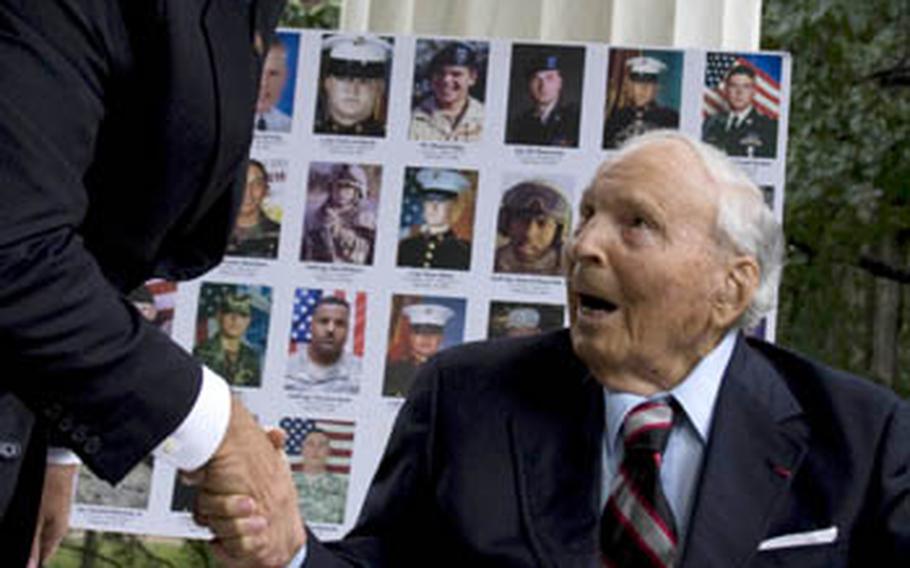 Buckles talks with Congressman Ted Poe of Texas, who has introduced legislaltion that would restore the existing DC War Memorial and expand it to include all American veterans of World War I. (Robin Hoecker / S&S) 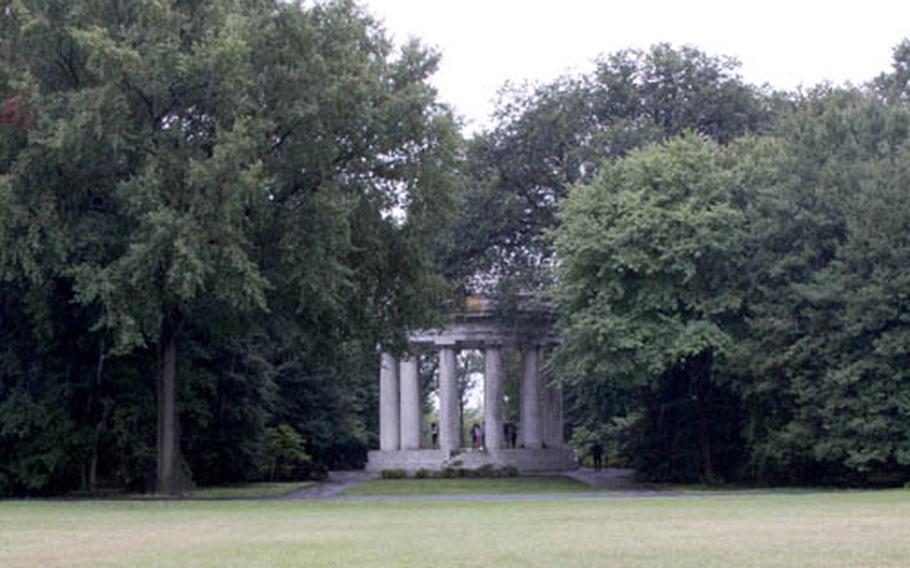 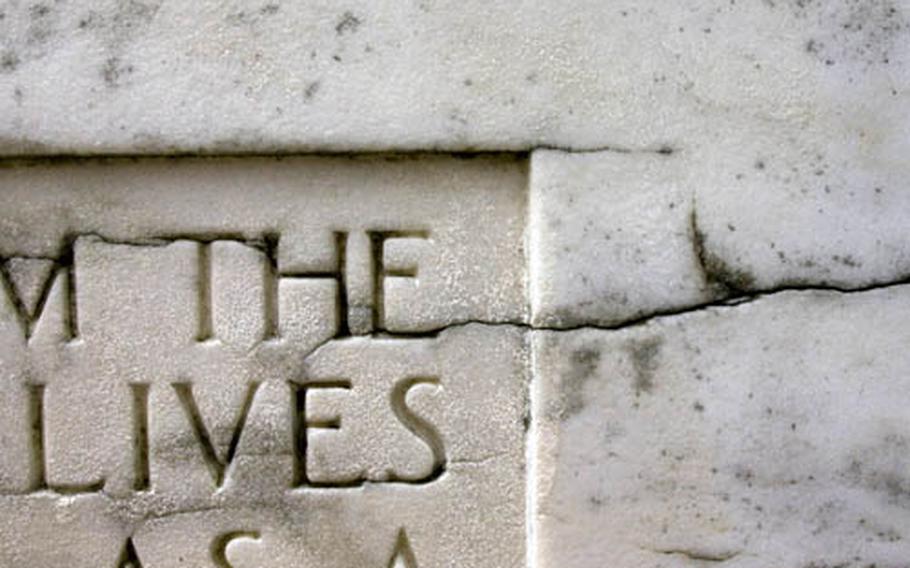 The monument is plagued by water damage and cracks. (Robin Hoecker / S&S) 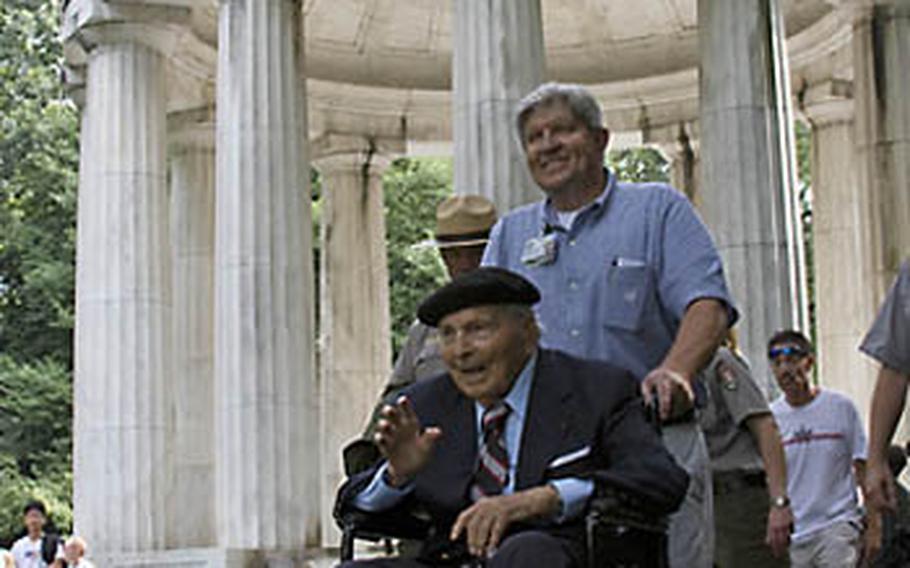 Frank Buckles, assisted by Darrell Anderson, came to the DC War Memorial Tuesday to call for the creation of a national memorial to World War I veterans. (Robin Hoecker / S&S)

As the last surviving U.S. veteran of World War I, Buckles, 107, came to Washington, D.C., Tuesday to call for the creation of a national World War I memorial.

&#8220;They should be honored,&#8221; said Buckles of the more than four million veterans who served with him in World War I.

Buckles was born in 1901 in Harrison County Missouri, and lied about his age to be able to serve as a corporal in the U.S. Army 1st Fort Riley Casual Attachment from 1917 to 1920.

Buckles was joined Tuesday by U.S. Rep. Ted Poe, R-Texas, who announced that he will introduce legislation &#8212; the Frank Buckles World War I Act &#8212; that would fund the restoration of the existing D.C. War Memorial and expand it to commemorate the all the nation&#8217;s veterans of that conflict.

The current monument, built in 1931, honors only local veterans, and is in a state of disrepair. Water stains and long cracks mark the twelve-columned structure that was meant to resemble a Roman temple. The entire monument, situated between the Korean and World War II memorials, is largely hidden by overgrown trees.

The National Park Service estimated the cost of restoring the existing memorial to be just under one million dollars. Adding on to the structure would cost more, but the project&#8217;s proponents could not say how much. The proposal would be funded by Congress as well as through private donations.

Current plans are to unveil the new memorial by 2018 to mark the 100th anniversary of the end of the war. But Dejonge was optimistic that the project can be finished sooner. &#8220;We want Mr. Buckles to see it and appreciate it,&#8221; he said.