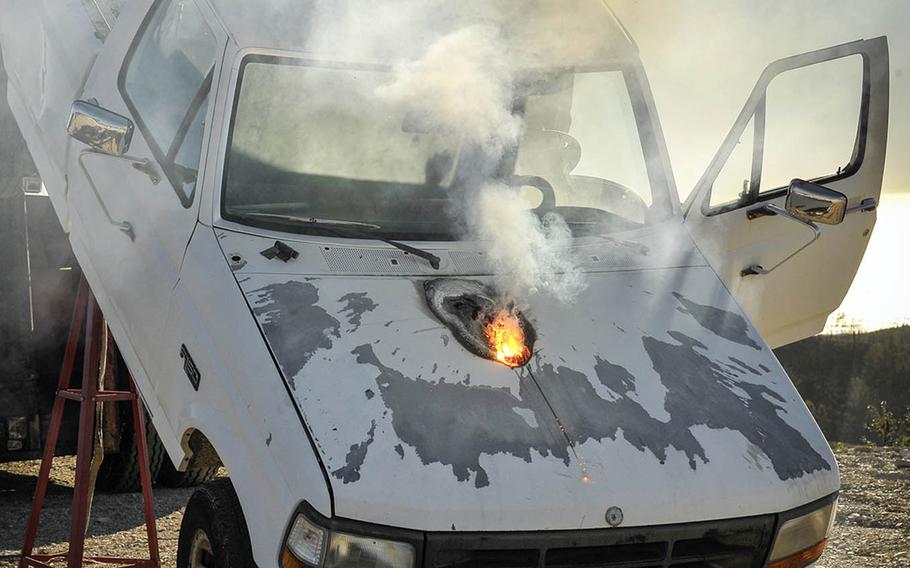 The ATHENA laser burned through a truck's hood and disabled its engine in seconds from a mile away, according to its maker, Lockheed Martin. (Courtesy Lockheed Martin)

The ATHENA laser burned through a truck's hood and disabled its engine in seconds from a mile away, according to its maker, Lockheed Martin. (Courtesy Lockheed Martin) 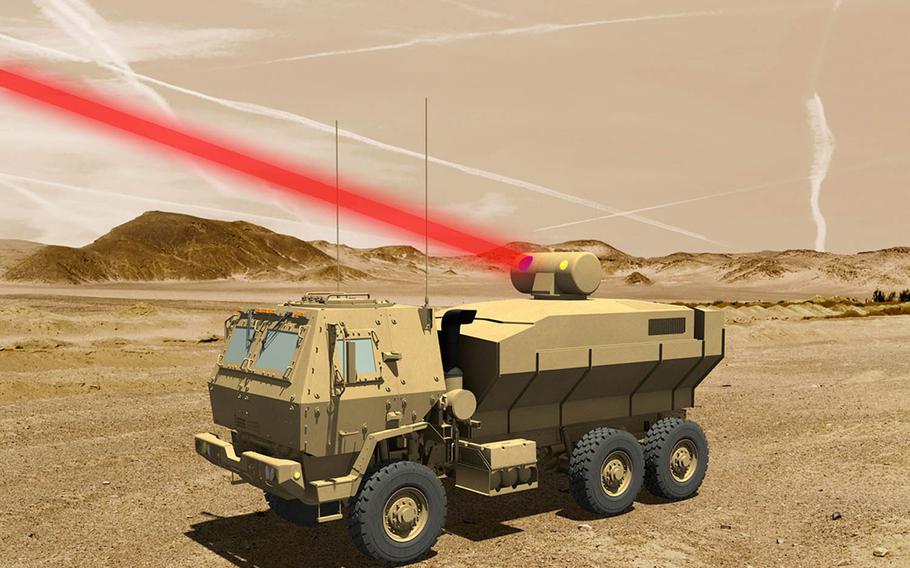 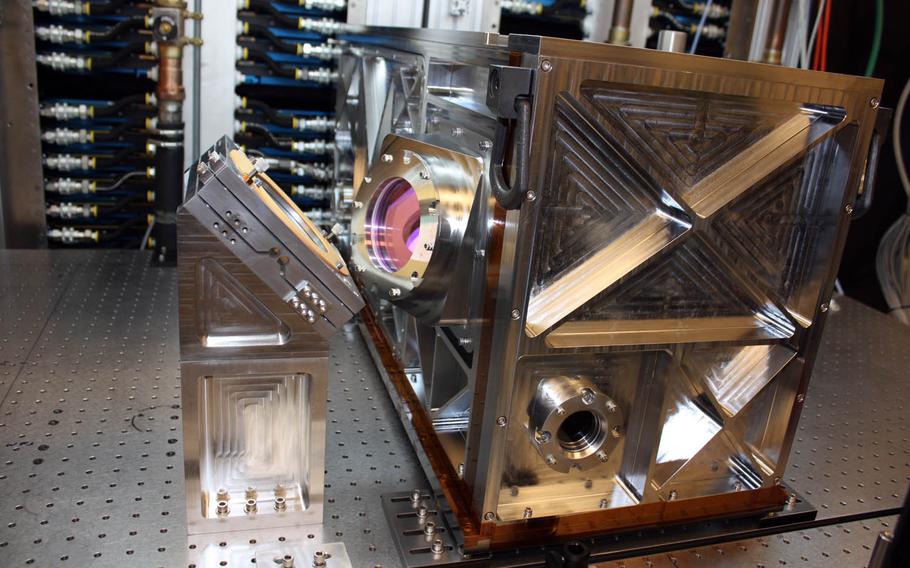 The toy-like drones destroyed during an Army field exercise at Fort Sill, Okla., last month weren’t anything special; however, the way they were brought down — zapped out of the sky by lasers mounted on a Stryker armored vehicle — might grab people’s attention.

The first soldier to try out the lasers was Spc. Brandon Sallaway, a forward observer with the 4th Infantry Division. He used a Mobile Expeditionary High Energy Laser to shoot down an 18-by-10-inch drone at 650 yards, an Army statement said.

“It’s nothing too complicated but you have to learn how to operate each system and get used to the controls which is exactly like a video game controller,” said Sallaway, who hadn’t fired a laser before the exercise.

The drone-killing laser was relatively low energy — only 5 kilowatts — but the Army has tested much more powerful weapons. A 30-kilowatt truck-mounted High Energy Laser Mobile Demonstrator shot down dozens of mortar rounds and several drones in November 2013 at White Sands Missile Range, N.M.

Since then, researchers have made rapid advances in laser weapons, said Bob Ruszkowski, who works on air dominance projects and unmanned systems in Lockheed’s secretive Skunk Works facility.

“We’re really on the cusp of seeing the introduction of lasers in future systems,” he said.

The weapon tested at White Sands is about to double in power with a 60-kilowatt laser the Army plans to test in the next 18 months, he said in a phone interview May 12.

The laser generates its beam through fiber optic cables like those used by telecom companies, said Robert Afzal, a senior fellow for laser and sensor systems at Lockheed.

“We demonstrated that we could combine large number of these fiber lasers and link them to a weapons system,” he said.

That’s important for the platforms that carry them, he said. It means they don’t need a large generator or cooling system and that high-powered lasers can be easily transported.

“This was the key puzzle piece that needed to be solved before we could begin to deploy these laser weapons,” Afzal said. “The technology is getting real. It’s the dawn of a new era where the tech can be made smaller and powerful enough to be put on vehicles, ships and aircraft.”

Scientists showed the potential of more powerful laser weapons in 2015 by burning a hole through a truck’s hood at a range of one mile.

“It was the most efficient high-powered laser ever demonstrated,” Afazal said of the test, which mimicked what might happen if a laser was fired at a vehicle from an aircraft.

During an operation, a laser might be used to disable a vehicle where the goal was to capture rather than kill an individual, Ruszkowski said.

“The laser is a surgical weapon and it’s something customers are interested in,” Afazal said. “Something like that can be easily integrated into an AC-130 gunship. That is something the Air Force is planning on demonstrating in the next two to three years.”

Researchers believe they have the key ingredients to make such a system work, Ruszkowski said.

“When we realized that laser technology was maturing enough that we could be close to having something we could integrate on an aircraft we started looking at other difficulties that might arise,” he said.

Airflow around a plane can destabilize lasers, so engineers developed a way to minimize turbulence, said Ruszkowski, who added that the Navy has deployed a laser weapon aboard the USS Ponce in the Persian Gulf.

Laser weapons could be arriving just in time to defeat a growing menagerie of cheap-to-make drones and missiles in the hands of terrorists and rogue states, which could threaten expensive American military hardware.

“The threats are proliferating and changing,” but laser weapons could counter some of them, Afazal said.

An advantage of laser weapons is that they don’t need ammunition, he said. For example, a forward-operating base could protect itself from airborne threats with a laser as long as there was enough fuel to power a generator and recharge its batteries.

Use of such weapons on enemy troops is a gray area that, for now, the U.S. military is steering clear of since international agreements ban the use of weapons intended to blind, Afazal said.

“Before lasers have been deployed and we understand how they work, the policy is conservative,” he said.