Largest-ever crowd turns out for annual Frostbite races at Yokota 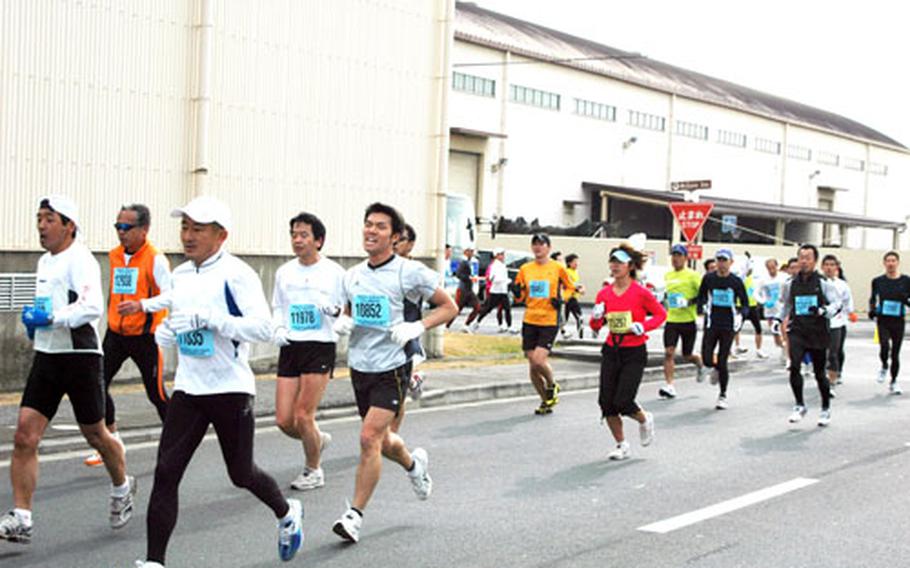 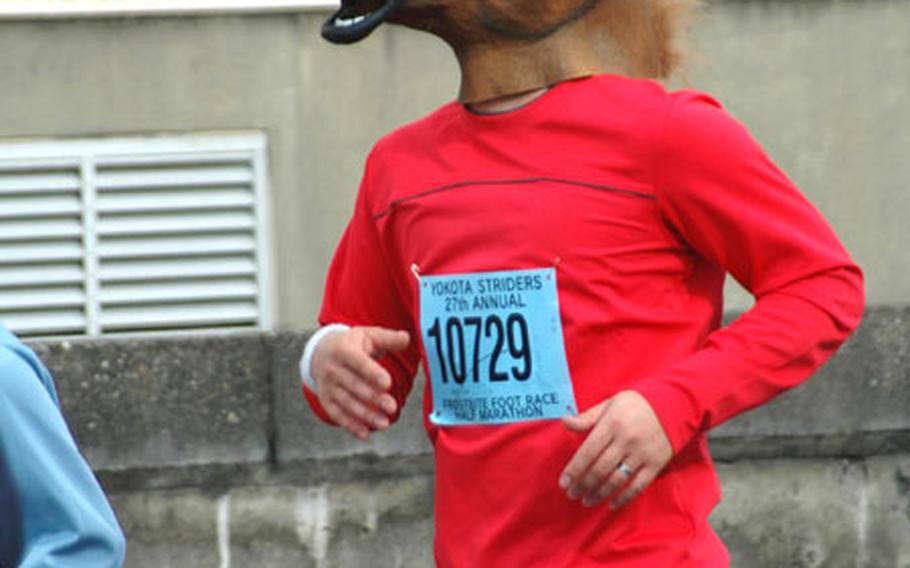 Some of the runners wore costumes during the race. (Bryce S. Dubee / S&S) 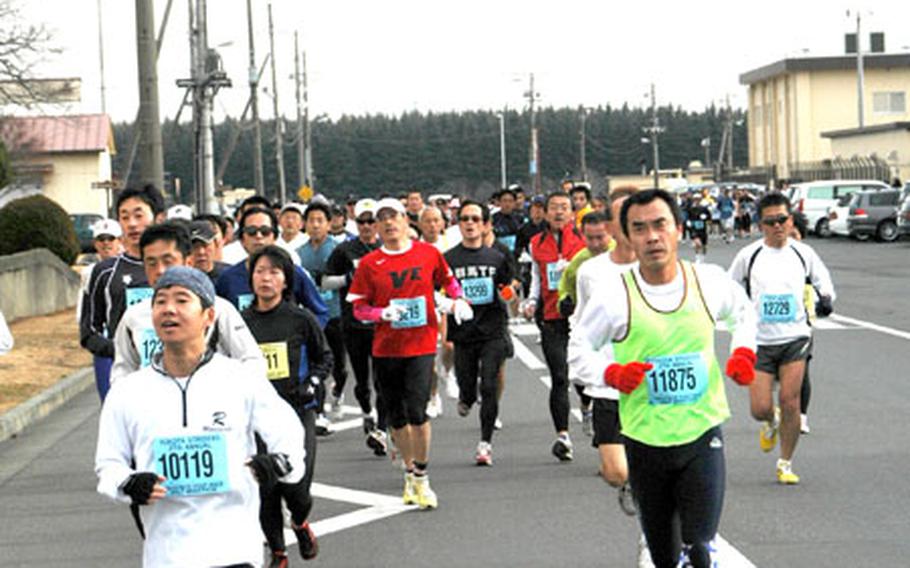 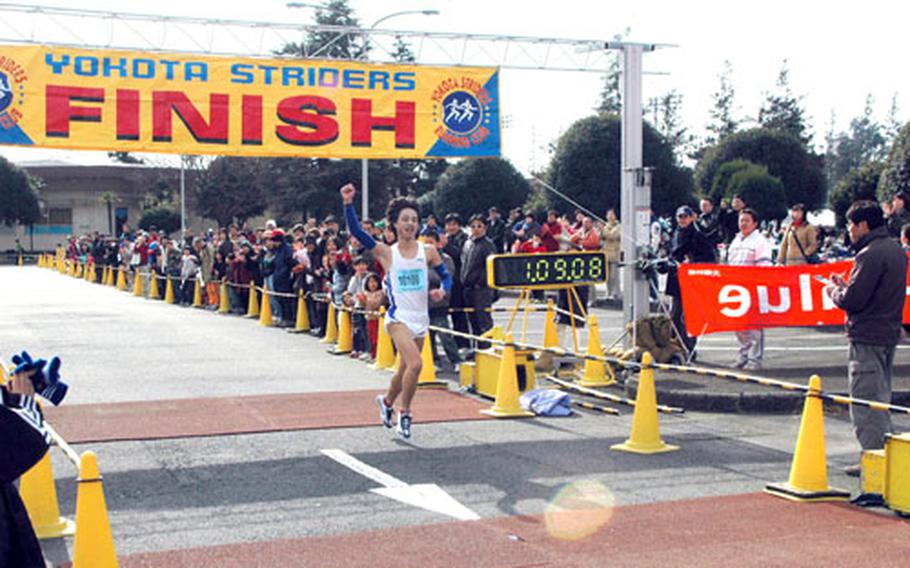 Tanaka Kouji crosses the finish line, winning the 2008 Frostbite Footrace Half Marathon. He finished with a time of 1:09:08. (Bryce S. Dubee / S&S) 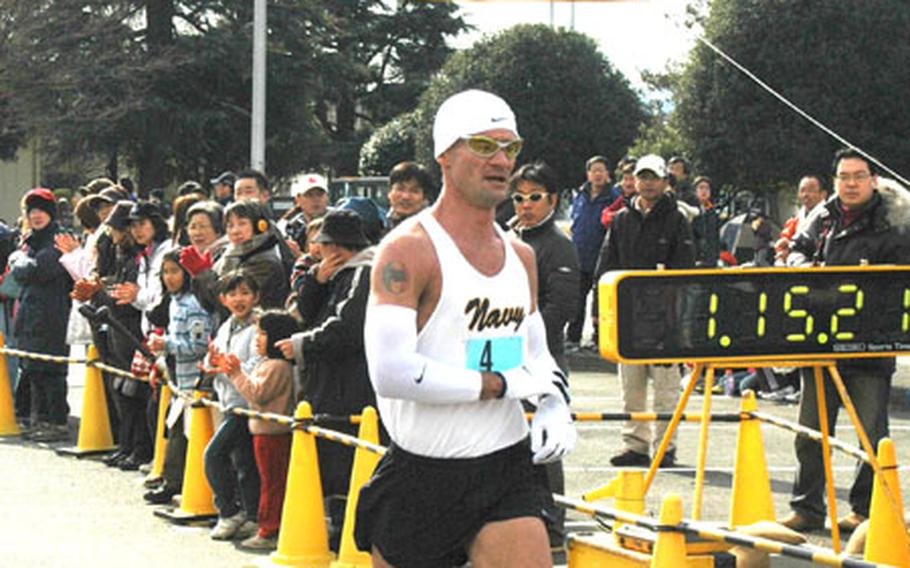 YOKOTA AIR BASE, Japan &#8212; Even though cold weather made sure the race lived up to its name, it didn&#8217;t stop thousands of people from descending upon Yokota for the Frostbite Footrace Half-Marathon and 5K Road Race.

Planning for the Frostbite began roughly six months ago and involved more than 550 volunteers, said Capt. Yvonne Pacheco, the Striders&#8217; secretary and public affairs representative for the race.

Setup for the course began two days prior, she explained, adding that volunteers were out at 4 a.m. on race day, &#8220;getting ready for the gates to open and the crowds to descend.&#8221;

New base commander Col. Jeff Newell took in the race for the first time.

The morning began with a 2-kilometer &#8220;fun run&#8221; for children followed by the 5-kilometer road race and finally the half-marathon.

&#8220;It was a good, fast course, with perfect weather, except for the cold,&#8221; said James Campbell, a dependent from Yokosuka Naval Base, who ran the half-marathon for the first time.

Campbell was one of 75 Status of Forces Agreement runners who participated in the Frostbite. And while many of the SOFA runners came from Yokota, the race&#8217;s popularity has grown so much that runners travel from other bases to participate.

Chacon said that he heard about the Frostbite online and thought it would be a good warm-up for next month&#8217;s Tokyo Marathon, which he plans to run.

And how did he feel about the weather, coming from snowy northern Japan?