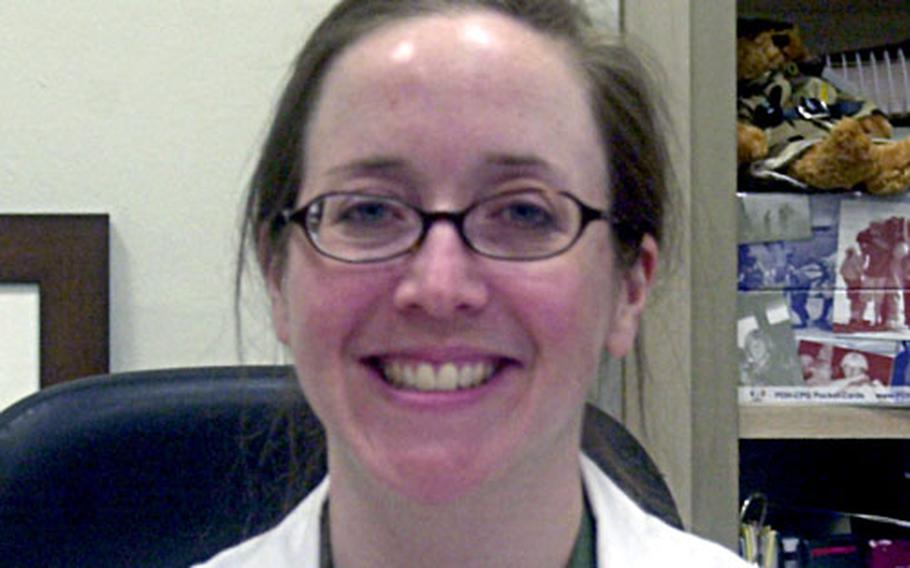 Maj. (Dr.) Gayle McDermott, chief of internal medicine at Landstuhl, says the hospital has a network of translators who help communicate to patients who can’t speak English. (S&S photo)

Maj. (Dr.) Gayle McDermott, chief of internal medicine at Landstuhl, says the hospital has a network of translators who help communicate to patients who can’t speak English. (S&S photo) 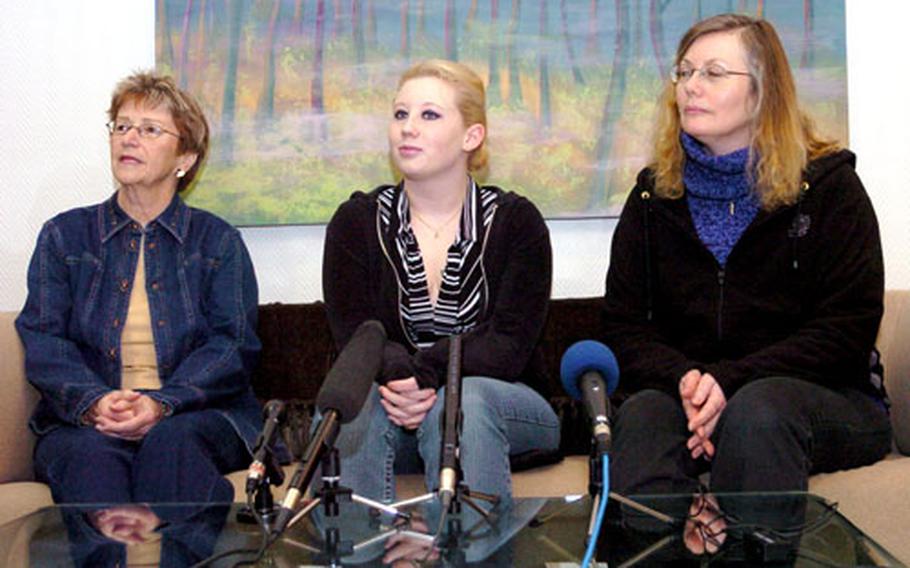 LANDSTUHL, Germany &#8212; Getting shot or being the victim of a roadside bomb attack is bad enough. But finding yourself in a hospital where your language isn&#8217;t the native tongue adds a few wrinkles to the predicament.

Such was the case about two weeks ago for a Polish soldier who had been shot in Baghdad and medically evacuated to Landstuhl Regional Medical Center.

As the Polish soldier was about to wake up in his Landstuhl hospital bed, U.S. Air Force Capt. Piotr Jaholkowski was there, ready to speak and translate in Polish.

&#8220;He was very surprised to learn he was here in Germany and that a U.S. guy in this uniform was speaking to him in Polish,&#8221; said Jaholkowski, a native of Poland.

Jaholkowski visited Landstuhl from nearby Ramstein Air Base, where he is the deputy chief of the international relations branch (plans and programs) at U.S. Air Forces in Europe headquarters. A Landstuhl chaplain called his office and asked if Jaholkowski could help translate.

The situation arises occasionally at Landstuhl where &#8212; in addition to treating thousands of U.S. troops &#8212; the hospital cares for wounded troops from allied nations serving in Iraq and Afghanistan. Landstuhl also treats civilian contractors who are wounded downrange. Since the start of operations Enduring and Iraqi Freedom, Landstuhl has cared for patients from 38 countries, including Guyana, Moldova and Korea.

The language barrier doesn&#8217;t play a large factor when the patient is suffering from an obvious injury, such as a gunshot wound. It&#8217;s the discrete wounds that present a challenge.

&#8220;If somebody had something that&#8217;s less obvious, it becomes very, very hard to give people appropriate care, but there&#8217;s a very good network of folks who know a language or know a similar language,&#8221; said Army Maj. (Dr.) Gayle McDermott, chief of internal medicine at Landstuhl.

The hospital has a roster of foreign-language speakers who can be called on when needed. Janitorial staff even help translate in a pinch with some of the Russian- based languages.

&#8220;In many ways, it transcends medical care on an individual basis and you actually care for the partnerships and the coalitions that have been forged,&#8221; he said. &#8220;We&#8217;re fortunate to be in a position to do that for our government, to do that for our nation. It goes well beyond the individual patient to diplomacy and statesmanship.&#8221;

Last month, the hospital&#8217;s treatment of three seriously injured Canadian soldiers went a long way toward a show of that diplomacy and statesmanship. Canadian Maj. (Dr.) Nick Withers praised the hospital for its treatment of the Canadians who were wounded during a suicide bomb attack in Kandahar, Afghanistan.

Patients at Landstuhl have come from: