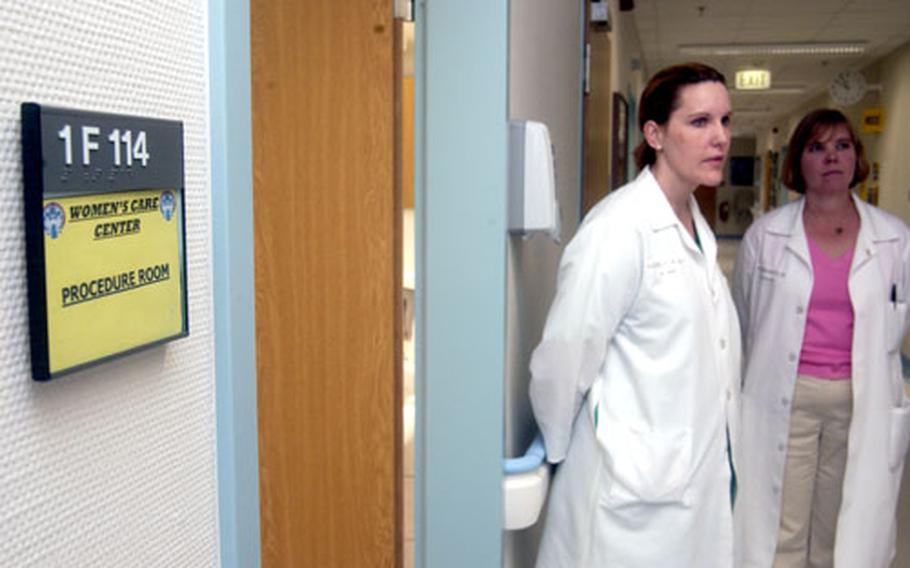 Air Force Maj. Elizabeth Decker, left, and Dr. Kay Vandenberg stand outside a procedure room at the Landstuhl Women’s Care Center, which is finally settling into its permanent home at the hospital. (Steve Mraz / S&S)

Air Force Maj. Elizabeth Decker, left, and Dr. Kay Vandenberg stand outside a procedure room at the Landstuhl Women’s Care Center, which is finally settling into its permanent home at the hospital. (Steve Mraz / S&S) 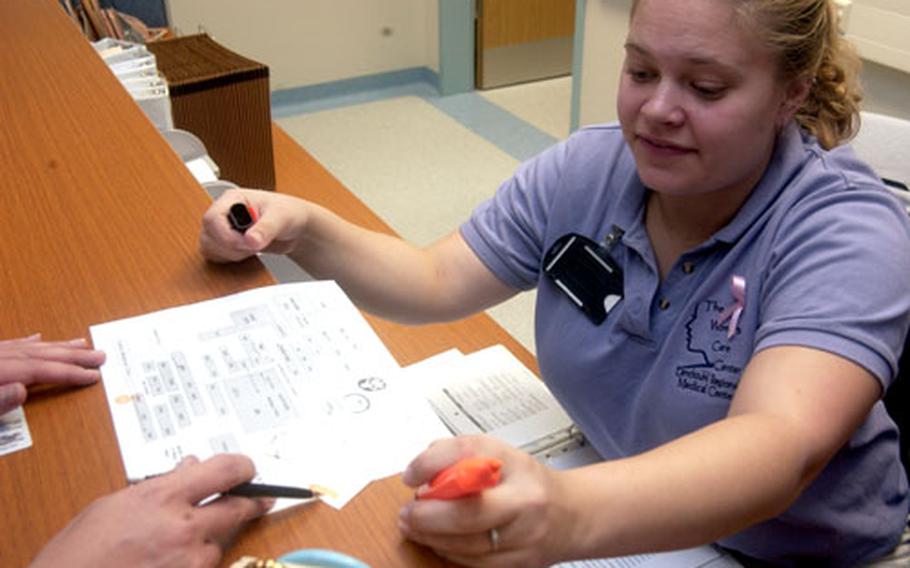 LANDSTUHL, Germany &#8212; Although it has been seeing patients for more than a year, Landstuhl Regional Medical Center&#8217;s Women&#8217;s Care Center will hold its grand opening and open house Monday.

The center, which specializes in women&#8217;s care such as gynecological and breast exams, opened in July 2006. Until the new addition to the hospital was completed, the staff worked in wards scattered around the hospital.

The all-female staff of nurses, doctors and specialists has been seeing patients in the new home since late September.

The center &#8212; a separate wing on the east side of the hospital with eight exam rooms and its own exterior entrance &#8212; features new furnishings and medical equipment.

Women can call the center themselves to set up appointments, without a doctor&#8217;s referral. The center&#8217;s goal is to increase women&#8217;s access to health care, said Air Force Maj. Elizabeth Decker, a nurse practitioner and chief of the women&#8217;s care center.

In the past, dependent spouses and women had a hard time getting appointments at Landstuhl amid the treatment of active-duty military and war wounded.

&#8220;Typically, even across the civilian sector, women are approached a little bit differently in medicine,&#8221; Decker said. &#8220;They&#8217;re usually the last ones to try and take care of themselves because they take care of their families, their spouses, and they kind of come last. We wanted to do something to put a focus on women and make sure they&#8217;re getting the care that they need.&#8221;

The creation of a women&#8217;s care center at Landstuhl mirrors a trend in the States, said Dr. Kay Vandenberg, a civilian who works as a physician at the center. Hospitals in the States are increasingly opening centers that focus specifically on women&#8217;s health issues.

The Women&#8217;s Care Center at Landstuhl treats an average of 400 to 450 women each month, supplementing primary care at the hospital. The center performs &#8220;well woman exams&#8221; but also conducts follow-up visits for abnormal pap smears in the Kaiserslautern area and some outlying clinics.

Eventually, the center plans to offer appointments during evening hours and on Saturdays.