Landstuhl welcomes back neonatal patients ... all much bigger now 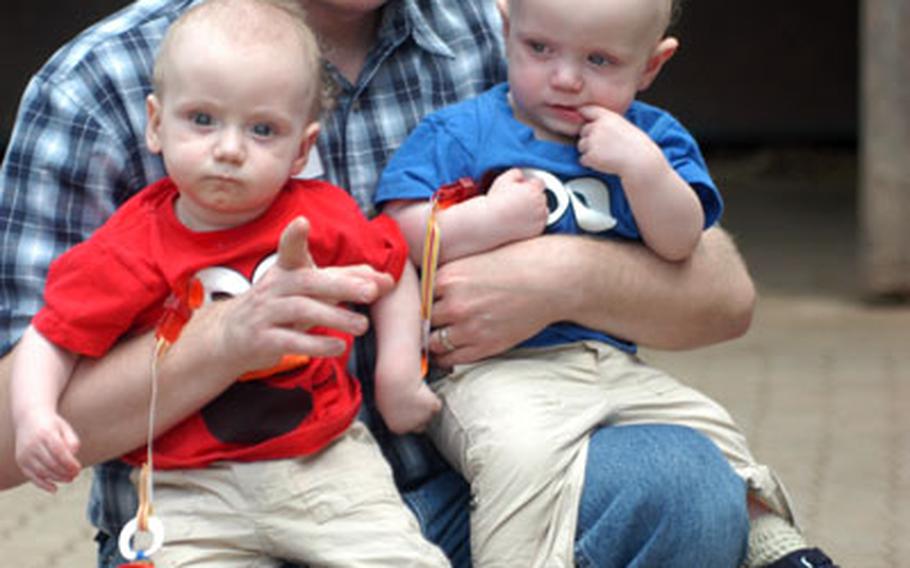 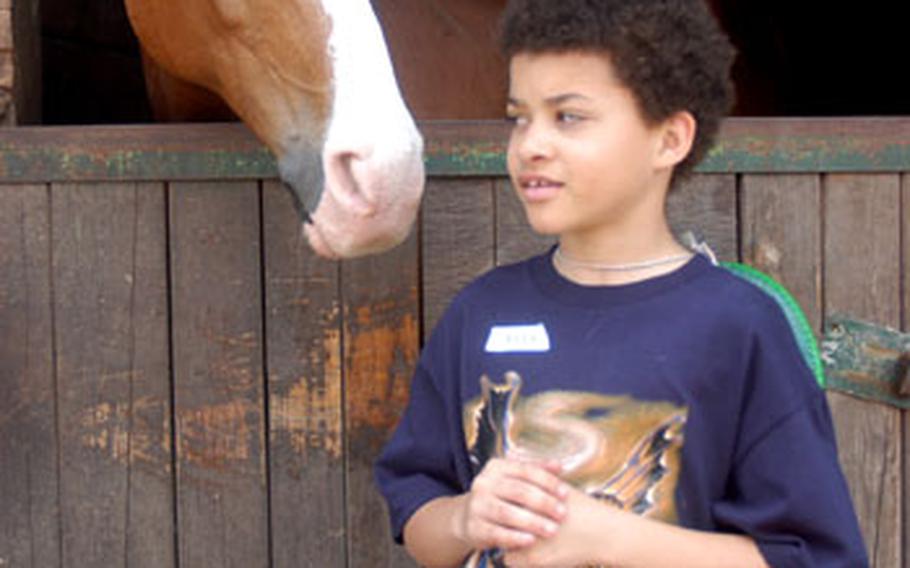 Derek Robinson plays soccer, skateboards and runs around pretty much like any other 10-year-old. Aside from an occasional bout of wheezing, Derek says being born premature hasn’t affect him adversely. “I never really think about it,” Derek said. (Kevin Dougherty / S&S) 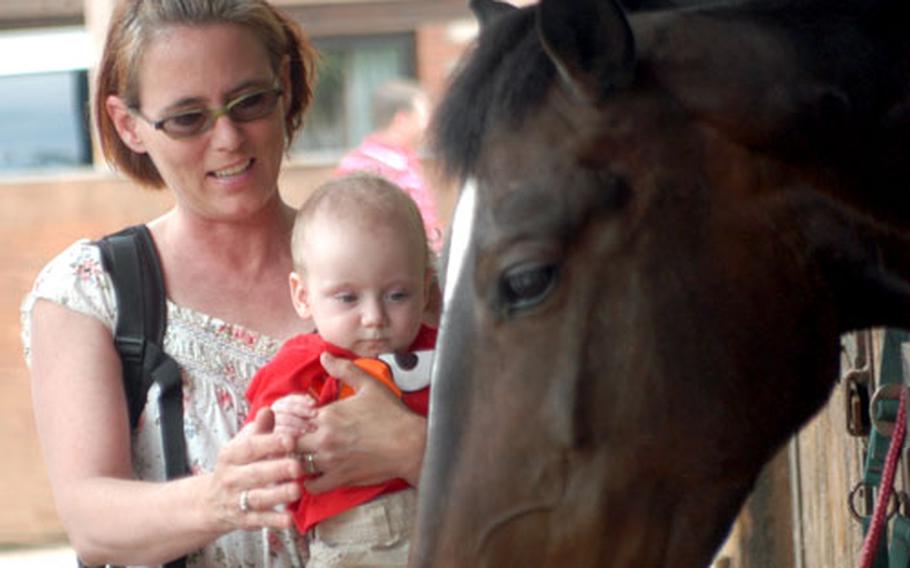 Misti Norfleet and son, Zeke, check up on a horse during Saturday&#39;s reunion for families with children who received care at the neonatal ICU. (Kevin Dougherty / S&S)

KATZWEILER, Germany &#8212; Eli is the brawny one, while Zeke has the brains. And then there is Crista, the trailblazer. Twin sister Carley usually follows her lead.

Kids were the focus Saturday of a reunion held at a horse ranch just north of Kaiserslautern. But what set this gathering apart from other summertime get-togethers is that it was for children who have passed through the neonatal intensive care unit at Landstuhl Regional Medical Center.

Bush and other members of the neonatal unit organized the annual reunion, now in its third year, to give families and staff a chance to catch up with each other. Air Force Master Sgt. Charlie Orf &#8212; Crista and Carley&#8217;s dad &#8212; said there is a bond between anyone who experiences a premature birth, defined as a pregnancy that lasts 37 weeks or less.

Nineteen families, or about 75 people, attended this year&#8217;s reunion, said Andrea Noggle, an organizer. They were treated to wagon rides and barbecue and many of the kids were given colorful complimentary cowboy hats. Hugs came, too.

The oldest preemie horsing around Saturday was 10-year-old Derek Robinson, son of Air Force Tech. Sgts. Rachel and Damon Robinson. Derek was born at Incirlik Air Base, Turkey, but he and his mom had to be flown to Germany for further care. They since have been reassigned to nearby Ramstein Air Base.

"He had respiratory distress," Rachel Robinson said of her son. "His lungs were underdeveloped."

Members of the neonatal intensive care unit said a premature baby can experience a multitude of problems, but often the critical issue is the lungs. With time and medicine, the situation usually resolves itself. The unit has handled from 60 to 100 cases a year over the last few years.

"The people at the NICU were very positive," said Linda Moser, whose son, Alexander, was born several weeks early. Her husband, Hans, works for a defense contractor. "It&#8217;s a fantastic place. If you&#8217;re going to have a premature baby, this is the place to be."

Misti and Aaron Norfleet, the parents of Eli and Zeke, said they came to Saturday&#8217;s reunion to give the staff a chance to see their boys, now 10 months old. Misti Norfleet had an especially hard time of it because she suffered a stroke, which is what compelled doctors to end her pregnancy earlier. She is better now.

"He is going to be the one making the plans," Aaron Norfleet, an Air Force master sergeant, said as he touched Zeke&#8217;s little sneaker, "and he (Eli) is the one who will be carrying them out."