Landstuhl was prepared for arrival of wounded from Mosul 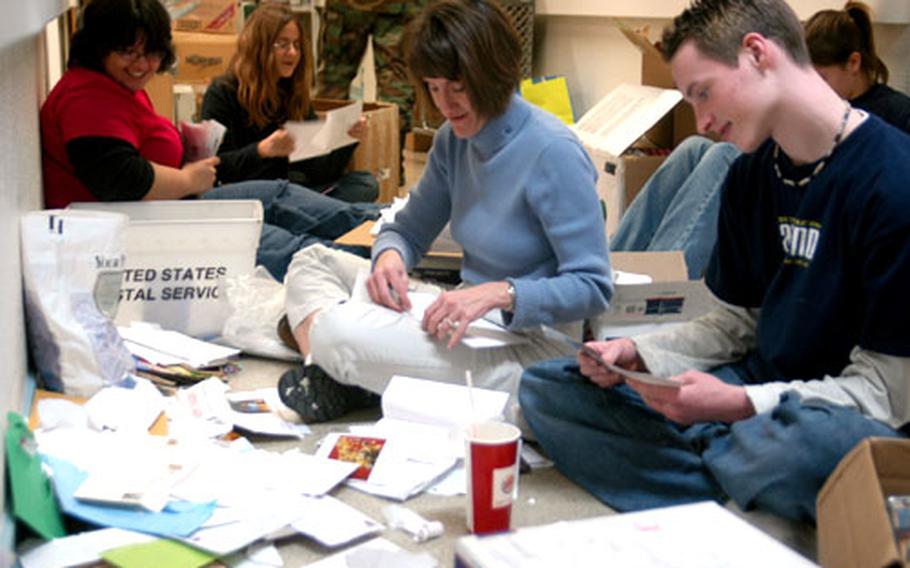 At Landstuhl Regional Medical Center, trauma surgeons and volunteers prepared for the influx of wounded from the explosion that rocked a chow hall in Mosul. In all, 13 U.S. soldiers were killed and 69 American soldiers, civilians and Iraqi security personnel were wounded in the attack, according to media reports.

Some critically injured patients arrived at Landstuhl late Tuesday. Another military plane arrived at nearby Ramstein Air Base at about 4 p.m. Wednesday. Eight of the patients were hurt badly enough to be on ventilators, a hospital spokeswoman said.

Chaplains prepared to minister to the incoming wounded and medical teams around the area were put on two-hour call.

Landstuhl spokeswoman Marie Shaw said the influx of wounded was a heavy load but not as intense as the steady stream of injured during the recent battle in Fallujah, Iraq.

Many of the patients on Wednesday&#8217;s flight had broken bones, shrapnel wounds and abdominal injuries from a blast that was initially reported as a rocket strike. However, the cause of the explosion is being investigated, according to media reports.

As of Wednesday, 18,434 patients from the Iraq theater had been treated at the hospital for all types of injuries since the start of the war, Shaw said.

While medical teams waited for the arrival of the patients, support services around Landstuhl also were mobilizing.

A spokeswoman for the Fisher House, which provides free lodging to families of seriously wounded patients at the hospital, said staff members were already making reservations and preparing rooms for new guests.

In the Landstuhl chaplain&#8217;s office, Chaplain (Maj.) David Bowerman said he and his fellow chaplains would be &#8220;praying for strength, praying for guidance,&#8221; as they prepared to minister to the wounded, their families, hospital staff &#8212; and each other.

Outside Bowerman&#8217;s office, rows of boxes lined the hallway, filled with gifts and cards sent from people wishing wounded troops a happy holiday.

About 10 volunteers were working Wednesday to sort the gifts and assemble them in packages to be handed out to patients over the coming days. They also folded donated clothes for troops whose uniforms had been cut off during medical treatment in the field.

One of those volunteers, Michele McCaslin from Los Angeles, has been giving her time at Landstuhl since the beginning of the month, living at a nearby hotel so she can walk to the hospital to help.

McCaslin said she wanted to volunteer while her son, Spc. Mark Bishop, is deployed to Iraq &#8212; at a base just south of Mosul, she said.

&#8220;I was pretty dumbstruck,&#8221; she said when she heard about the attack Tuesday. Though she later found out her son was unhurt, the news still weighed on her, she said.