Landstuhl treats its 25,000th patient in war on terror 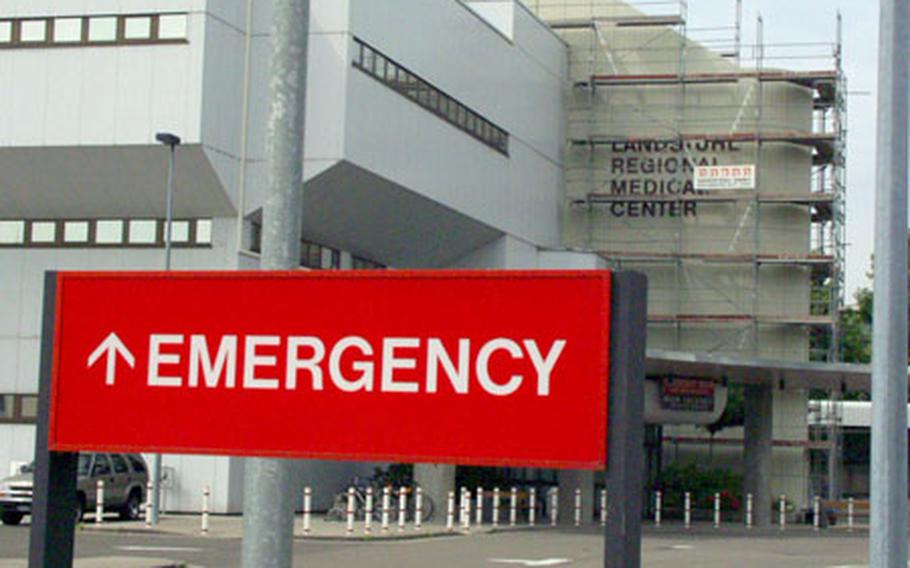 A combination of more than 25,000 troops, civilians and coalition members from 37 countries involved in the global war on terrorism has received treatment at Landstuhl Regional Medical Center in Germany. (S&S photo)

A combination of more than 25,000 troops, civilians and coalition members from 37 countries involved in the global war on terrorism has received treatment at Landstuhl.

The medical center, which treated its first patient from OEF in fall 2001, reached the 25,000 patient mark this July Fourth.

As best as hospital officials can determine, their 25,000th patient was a female member of the Army National Guard serving in Iraq. She received treatment on July 4 for an orthopedic problem.

Since its first global war on terrorism-related patient nearly four years ago, Landstuhl has been responsible for treating patients from such notable events as Operation Anaconda in Afghanistan during March 2002; the November 2004 offensive on Fallujah, Iraq; and the female Marines injured this June in Iraq during a suicide bombing attack on their convoy.

The hospital received 152 patients on the day a truck bomb exploded outside the United Nations Headquarters in Baghdad in August 2003.

From brain surgeries to sport injuries, the Landstuhl staff has performed just about every treatment possible. As of July 15, the official tally stood at 25,153 patients treated.

Opened in 1953, Landstuhl is the largest American hospital outside the United States. On average, the 145-bed medical center receives about 30 patients a day. Troops normally stay at Landstuhl between four and seven days. Then, they either return to their units downrange or are flown to the United States for additional treatment.

Prior to the war on terrorism, a day when Landstuhl would receive 30 to 40 patients was considered a mass casualty event. Now, such pace is the norm, and the hospital takes in stride what was once a logistical nightmare.

&#8220;Their health care is planned from the moment we receive notification that they are coming. They&#8217;re triaged to the inpatient or outpatient appropriate location. If it appears that they may need to have surgery, their surgery is already being planned before the plane hits the ground.&#8221;