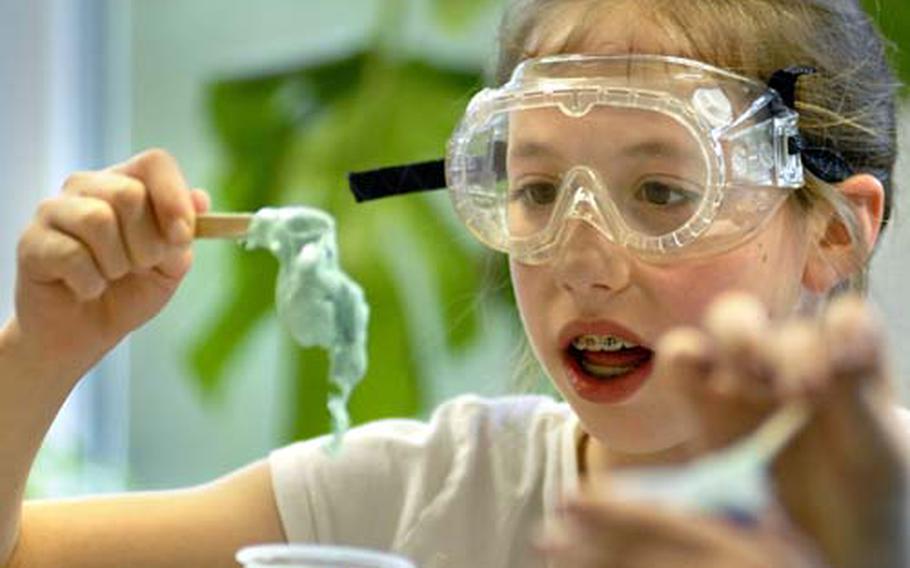 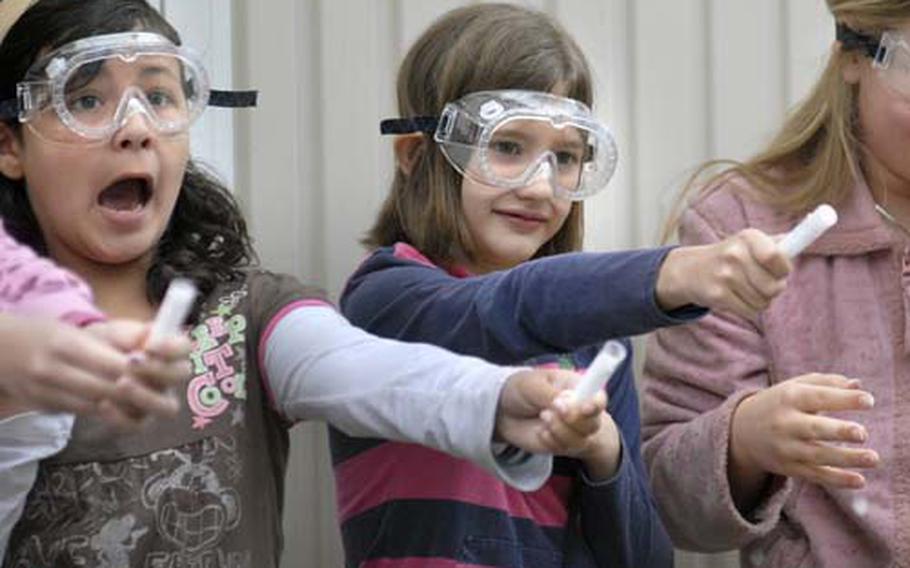 Natasha Crouch, left, reacts to exploding test tubes as Dayna Berry waits for hers to pop. This particular lesson was an experiment in bases and acids. (Ben Bloker / S&S)

More than 40 classes at the school were treated to a Mr. Wizard-like science demonstration that gave them opportunities to learn by doing. There were seven topics ranging from space travel to chemical reactions, with each lesson tailored to a specific grade level.

The lessons came courtesy of the education company Mad Science, a stateside-based organization that sent a handful of lab coat-clad "mad scientists" from Sittard, Netherlands. The school&#8217;s Parent Teacher Student Association raised the $5,500 needed to bring them to Landstuhl.

Madison Moran, an 11-year-old fifth-grader, said her favorite part of the Mad Science presentation was mixing a few liquids together and watching the results. "It started to bubble up and it got lighter and it got colder," she said.

One of the projects involved mixing glue and a chemical together to make a Silly Putty-like substance, something Madison said she planned on using to freak out her younger sisters.

Fourth-grader Natasha Crouch and other students in Deborah Edmonds&#8217; class were psyched as they learned about hydrogen, acids, bases and pH levels from Mad Scientist Iyes Schols.

Natasha and her classmates got into the lesson by dipping indicator paper into various liquids to test the liquids&#8217; pH levels. They also got to go outside on a rainy day to make a baking-soda mixture and watch as it caused the lids of their test tubes to shoot off.

Dawn Light, first vice president of the Parent Teacher Student Association, said Mad Science is an example of the enrichment programs they try to bring to the school every year.